The story behind your nick/avatar

Stop. You know your real name is Dwight.

Call me what you want, baby.

Mine mainly stems from the fact that my first ever home computer was the humble ZX Spectrum, and one of the best early games was Jet Set Willy, which to this day, I've never got past 5% of the total game!
C

Well my first name is Cal... and my last name is Musquez. So I rather creatively put the two together ;-)

The Six Million Dollar Man is my absolute favorite television show from my early childhood.

Colonel Steve Austin was my FIRST HERO after my father.

To this day, the show still makes me all warm and fuzzy on the inside.

Over a decade ago, I was going through a bit of a cheeky high school phase. "Why should I be called ____ just because my parents once said so, long before I could crawl?" I mused. I didn't dislike my first name, mind, though I wasn't thrilled with its Christian roots/meaning; I actually thought (and think) quite highly of it, to the extent that I actively discourage people from shortening it to a nickname.

Anyhow, for a World History course, I and my best mate wrote a five-minute play about the Ottoman Janissary corps. Surfing around an Islamic names web site, I chose Gaith ("rain") for my character and Jahiz (I forget the meaning) for his. It was a fun exercise, I liked the sound of "Gaith", and am a big fan of rain, so I started using the name as an alias for my artistic output, and online identities and the like. I also kinda liked the notion of adopting a faux-Islamic identity shortly after 9/11, in solidarity with peaceful and humane Muslims worldwide.

... So, here we are. Apart from a particularly geeky boarding school mate or two, no one's ever called me Gaith in conversation, and even many of my closest friends are probably totally unaware of it. Still, it's definitely stuck for me personally, and while I am not merely Gaith, Gaith is me, and a part of me.

(And, if I were living in Matrix-world, that'd totally be my name. )

Its your secret identity.

I'm Canadian and my favorite band is Metallica. I came up with the name several years ago when I was on a Metallica bootleg site and I wanted to incorporate the fact that I was Canadian with the name of one of their songs. Frantic is from their St. Anger album, clearly not one of their best albums, or songs for that matter, but I thought the name Frantic Canadian sounded cool so I went with it.

Fanedit said:
How about a thread where people can explain the origin of their screen names? Mine's easy; I'm lazy and uncreative so I just picked the name of the site.
Click to expand...

It's been five years... I don't think a new thread is out of order. Plus, most of the ones who commented there are long gone.

Gaith said:
It's been five years... I don't think a new thread is out of order. Plus, most of the ones who commented there are long gone.
Click to expand...

Well, it's been a while since this thread was updated, but I don't think I ever mentioned how or why I pick what avatars I use, and I change them once a year. (Just changed mine today, in fact.) I usually try to find something that not only shows some things I like, but is some kind of a mashup, so it captures the spirit of fan editing.

In late 2011/2012, I showed an illustration of Bill & Ted coming out of the phone booth and being surrounded by Daleks.
In 2013, I used an image of Merlin from Disney's Sword in the Stone as he instructs his apprentice Wart on how to use a lightsaber.
In 2014, I used a Photoshopped image of Sam Beckett of Quantum Leap fame hanging out with the Seventh Doctor from Doctor Who.
In 2015, I used a fan-created poster for The Force Awakens.

This year is the 50th anniversary of both The Monkees and Star Trek. I looked for some weird image that would combine the two, but I couldn't find any. So instead I used this Photoshopped image done by a brilliant artist I know from another forum. It's a picture of the final album before the official group breakup, aptly titled Changes, at which point only Davy Jones and Micky Dolenz were still part of the group. However, there were still unsued Mike Nesmith songs in the can, and the cover image was actually taken from a picture that originally included Mike.

The forum user re-inserted Mike into the picture, and then she created a new track listing with Mike songs to make a better album. She also altered the back cover and the track listing accordingly. Then she burned the playlist to a CD, she printed out a hard copy of the images to make a CD case (that feels like a record cover), and she has this (and other edited albums) sitting on her shelf.

If that doesn't encapsulate the spirit of fan editing, I don't know what does. 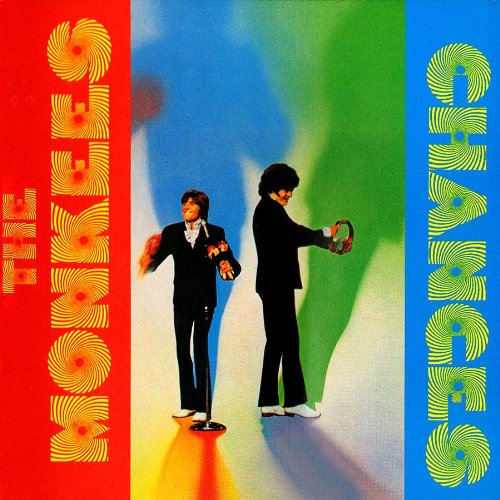 Mine shows how to unclog a toilet...In case I forget.

Oh, I thought that was a [REMOVED BY MODERATOR].

Didn't get to it in time. You'll have to PM me with it.

Fanedit said:
Didn't get to it in time. You'll have to PM me with it.
Click to expand...

Pretty sure that was voluntary self censorship. Lol.

I'm no Flame Warrior if that was the worry. .

addiesin said:
Pretty sure that was voluntary self censorship. Lol.
Click to expand...