This is my very first fan edit, and I wanna start things off with a bang. So, I decided to take an 'ok' movie like Jurassic World, and hopefully make it really good. A couple things I already had in mind are removing ALL subplots, i.e. the parents divorce, raptors being used for the military (and Hoskin's character altogether), as well as the romance between Owen and Claire. Also, as the title states, the biggest part of 'the 90's edition' is the overall color pallet. My goal is to remove all or most of the tealish style filter, and then mimic the very warm tone of the recent 2013 JP blu ray. Any more suggestions/ideas would be very helpful

I moved your thread to the In-The-Works section. The Fanedits - Fixes, Mixes & TV subforum is for finished edits by approved faneditors only. I assume you are actually working on this edit now (instead of just discussing a concept). Let us know though if this is still just an idea.

Alright, and yes I'm working on this edit currently. Thank you for clearing that up

Here is a quick look at what the new color grading, taken from the superbowl trailer last year, will be like.
[video=youtube_share;Utgn-toHimU]

hmmm, it looks like you just put a red filter on the image. Color grading is difficult work, and usually involves more than a movie-wide hue shift. Your midtones look fine, but the highs and lows are far too red. They should be neutral. I would also recommend boosting the mids on your levels adjustment.

Indeed it is, especially working on replacing the lost color with removing the teal/cyan. But thanks for the tip, I'm re working it right now.

Ok, tell me what you think of this one. Hopefully this is more neutral.

Keep in mind that a lot of the physical set is actually teal and blue (this was obviously a color palette they had in mind when shooting), so you're not going to be able to get rid of that hue completely, and you'll probably need to settle on a smaller tonal shift.

For a light change, you should be able to apply a movie wide color grade by shifting the color balance on the mids slightly to red and magenta. You may need to actually push the lows back then to blue/green to compensate for the shadows. I would also increase the mids on the levels a bit. Here's a quick example of that light change: 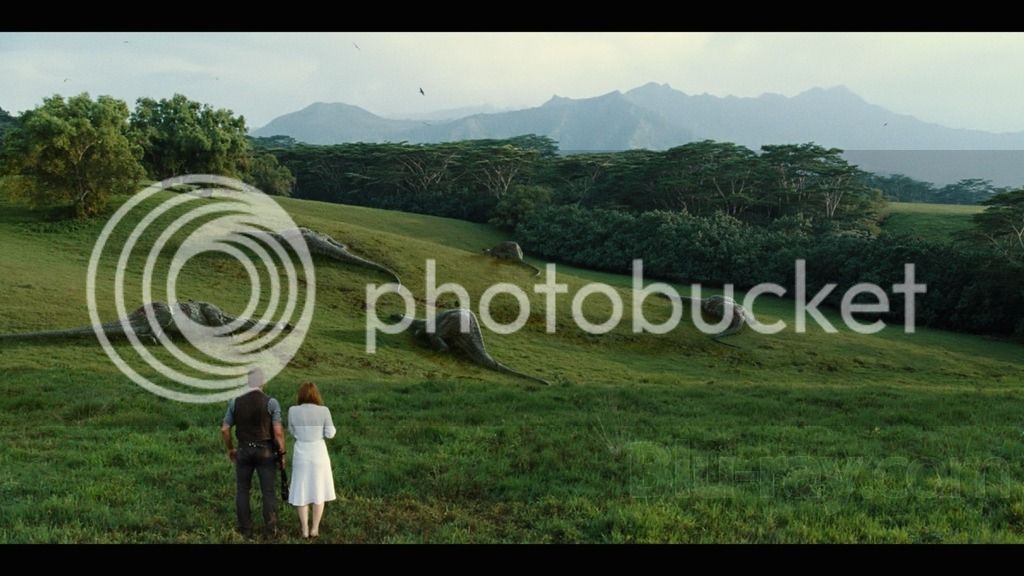 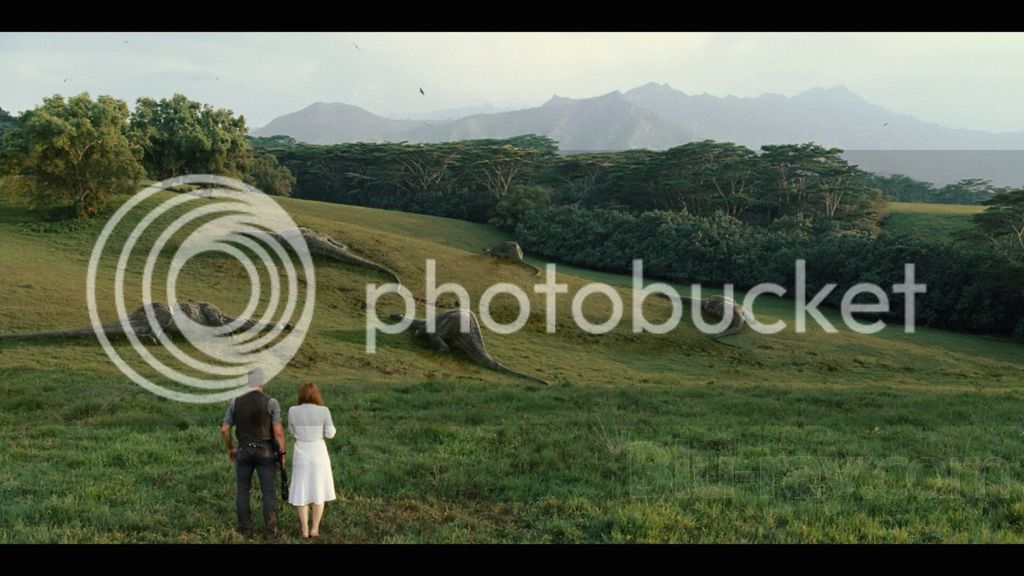 The theatrical color was a graded to teal a bit more than I like, but it wasn't really that offensive, especially compared to many recent films. You should be able to get away with a light adjustment without too much effort.

oops, I missed your post with the second video. I think it is much better. It is still pushed a bit far for my tastes, but it has fewer issues compared to your first video.

Thank you, that honestly makes me feel a lot better I am working on another grade, but I'll stick with the second one for now.
Now, here a few changes I have in mind-
-Removed Hoskin&#8217;s character entirely meaning all scenes that had him talking, thus getting rid of the whole &#8216;raptor/military&#8217; subplot. (You only now see him in the background a few times).
-Removed Zach and Grey&#8217;s parents&#8217; divorce subplot, as well as the parents themselves until the very end.
-Removed the &#8216;romance&#8217; between Owen and Claire, as well as their one kiss.
-Replaced the opening music to that of JP 3&#8217;s music.
-Added a new Jurassic World Logo with the original 1993 jungle theme.
-Removed the theatrical JW logo in response to the above change.
-After the logo, we now start with the plane landing on Costa Rica.
-Removed Claire&#8217;s line &#8216;Welcome to JW&#8217; (Roll credits!)
-Removed Larry&#8217;s soda falling into the trash without any spilling
-Removed the line from Owen about &#8216;siblings&#8217; since the Indominus had one itself.
-Removed one shot showing the Indominus&#8217;s eye partially in it&#8217;s cage, thus giving a bit more mystery to what it looks like.
-Removed the monorail scene with Grey taking about the divorce emails.
-Added the deleted scene with Larry discussing how the Indominus camouflaged.
-Added the deleted scene where Zach and Grey begin there long journey back, giving more character growth.
-Added a blazing siren sfx to the pterodactyl attack scene.
-Replaced the final T Rex roar with a more triumphant one.

Here is the first 4 minutes of the new edit

The colours feel a little off - like oversaturated?
I also don't think the original theme fits in well - the dramatic opening of the bedroom window is awesome but we see.... nothing. Just some boring generic theme park. The theme's got to be used for the dino's. I wonder if you can't introduce that from the train, or even splice the opening of the window to open out over the fields rather than over the park?
The plane landing looks bad. It's old footage of an old plane and doesn't match the opulence of the catamaran and the park itself.
The quick fire opening is really good - introduces main characters quickly and gets us going.

Ok, thanks for the tips do u think i should try and find some newer footage for the plane or cut it out all together?

Based on what you said, dangermouse, how about after the monrail goes through the JW gates, we cut to an exterior shot of another monorail (we shouldnt be able to tell the difference) from later on, while the main theme plays and we see the gallimimus running next to that jeep or whatever?

This a test based on recent suggestions made to me. Please note that the audio work isn't final, nor is the clip itself, it's only a test to see what does and doesn't work. Enjoy


Again, please give as much feedback as you want it's a really big help, and I want this thing to be the best it can.

I think that works a lot better.

dangermouse said:
I think that works a lot better.
Click to expand...

Thanks for the feedback.