The Batman (edited by krausfadr) I loved and hated The Batman. Hidden within is a great movie, but for me it was sabotaged by painful expository dialogue and unfocused, poor storytelling. It’s uninspired ending was an obvious studio add-on, shoehorned in and just plain crappy. Too many cooks spoiled what could have been a great homage to the excellent film, Seven.

Also, the writer/director was like a premature ejaculator, spilling everything way too soon without appreciating the superior pacing and storytelling of the films he was trying to emulate.

Gordon, more than any other character, was marred by turning him into a walking, talking expository repository. He vomited up some real verbal garbage in most of his scenes.

The intent of this edit is to reshape it into a cohesive, satisfying journey with a focused storyline and new ending, that still has room to breathe.

Major Scene Cuts:
⦁ Cut the Riddler scenes from the beginning including the Mayor’s murder
⦁ Cut rataalada content including interrogating the Penguin about the rat
⦁ Cut flooding the city / shooting bystanders storyline (and replaced with a new ending)
⦁ Cut Batman and Catwoman riding motorcycles together

Major Changes:
⦁ New Batman character arc: he goes from being apathetic in the shadows/underground to a vengeful crime fighter stepping into the spotlight. Ironically, the change in Batman comes from the Riddler using extreme, unjust means to fight injustice, steps which Batman himself is not willing to take.
⦁ The Riddler is not a genius mastermind
⦁ Restructured and reworked the introduction, focusing on a rampant crime theme, rather than on the Riddler or the election
⦁ In the vein of Seven (which this film liberally borrows from) the murder of the mayor is no longer shown
⦁ Restructured to remove the studio tacked-on flood/election/mass shooting ending and replace it with Batman getting tough on street crime and hunting down the Penguin in that epic car chase
⦁ No more rataalada / el rata / stool pigeon bullshit. There’s still a rat but the word rat itself doesn’t become a clue to hyper focus on.
⦁ The Penguin is portrayed as a stronger mafioso and isn’t repeatedly made to look like a buffoon.
⦁ Removed the bad Bat-narration like “I am the shadows, I have to push myself” while keeping the effective narration
⦁ The enthusiastic young woman running for mayor is removed entirely (other than on a quick tv spot with her, showing there’s an election)
⦁ Gordon and other characters no longer give large expository information dumps
⦁ Removed overuse of expository setups for everything about to happen so now there can be surprises
⦁ Falcone knows Selina is his daughter
⦁ Tightened up and reframed the wingsuit flight scene so it looks cool instead of laughable
⦁ Tightened the fight sequence at the club to remove awkward looking choreography
⦁ The corruption of Thomas Wayne is no longer completely reversed

Yet another great idea from you. Even though i liked the riddler story including the mass flooding, the third act was a mess. So i‘m very keen to see how your unique story plays out.

Regarding the car chase: Do you intend to rearrange Penguin thinking he killed batman in the explosion and batman using the ramp? I thought it was a little weird that batman uses the ramp then we cut to gloating penguin and after 3-5 seconds the batmobile appears.
Also do you intend to trim the rollover of penguins car?

Sounds like it may make this trainwreck of a movie watchable at least.

SIUse said:
Also do you intend to trim the rollover of penguins car?
Click to expand...

I liked the Penguin’s gloating and then getting slammed and wrecked. So I did leave it. Just reduced the amount of time gloating a little.
S

krausfadr said:
I liked the Penguin’s gloating and then getting slammed and wrecked. So I did leave it. Just reduced the amount of time gloating a little.
Click to expand...

Ah alright, i just thought the rollover is too extreme, 2 times would‘ve been sufficient. Especially if you take the flat demolition of the car into account.

I noticed other editors scaled back the car flips. That didn’t jump out to me as an issue, personally. I tried to keep as light a touch as possible given that I’ve removed some long scenes (the bombings/flood/incels) and trimmed out a lot of expository.

The Penguin’s got a lot of padding so he survived.

krausfadr said:
The Penguin’s got a lot of padding so he survived.

Yes
Do you have a position regarding implementing the deleted scene between Oz and Selina?

I didn’t find the deleted scene between Penguin and Selina to be necessary or beneficial because:

1. the scene where Penguin disses Falcone as he is arrested feels maybe a little unexpected but very believable and is a better version of the deleted scene
2 adding it in would just give too much non-subtle foreshadowing in my opinion and I removed these types of little hints: like Gordon muttering she’ll [Selina] never make it out of there [Falcone’s lair] alive.

I love all of these ideas except maybe the laughable flight. I actually liked that bit; he just doesn't have all of the kinks worked out in his tech yet. But I understand why it didn't work for you.

This is looking very interesting. Nice poster, by the way.
F

Hi has this been finished? I've been dying to watch a shorter version of this movie.
T

i'm confused. is the scene with Batman being moody in the rain and then investigating the crime scene (dead body) with Gordon from that same night we see him riding home? but just hours prior?

thricegreat said:
i'm confused. is the scene with Batman being moody in the rain and then investigating the crime scene (dead body) with Gordon from that same night we see him riding home? but just hours prior?
Click to expand...

Since we see Bruce watching a video with a scared kid in it (the mayor's son). And then subsequently we see the same scene but in person-- yes it's definitely non-linear. 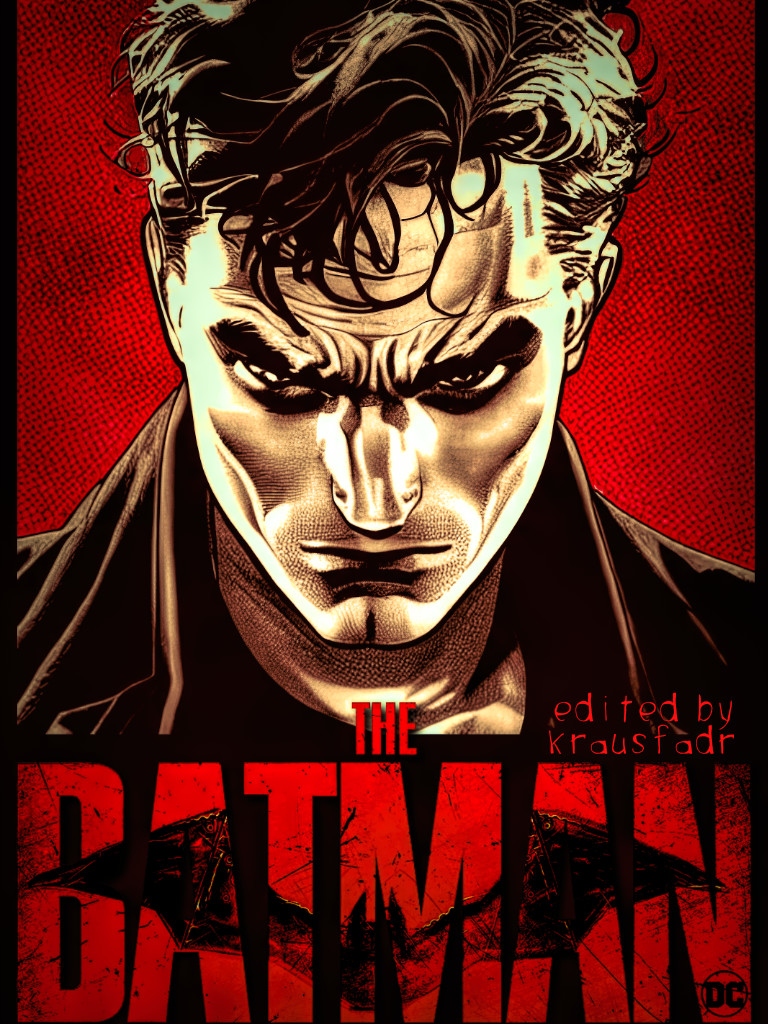 Last alternate cover #2... Edit: kinda looks like he got hit by a truck 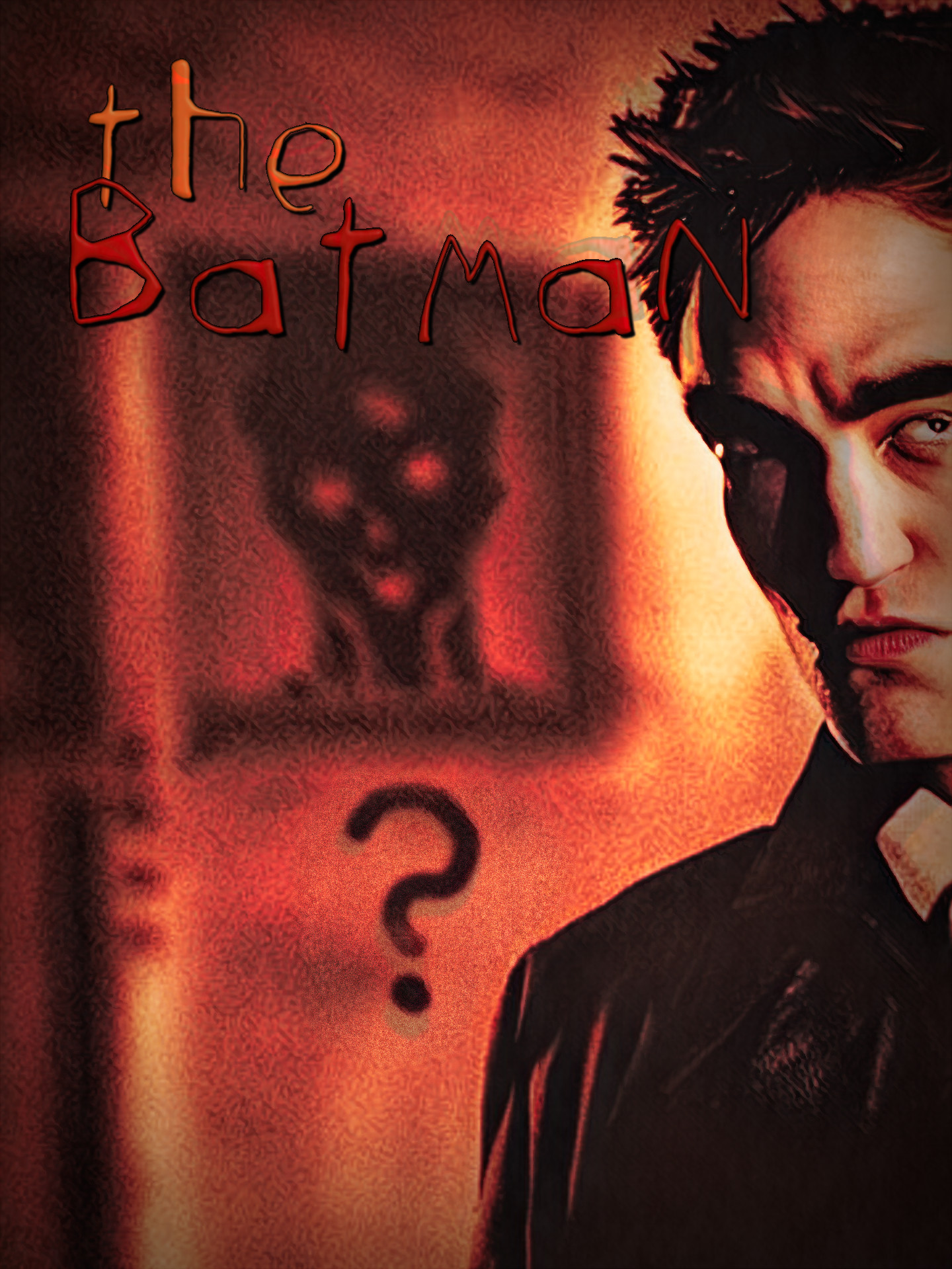 This is sick, unparalleled.

SIUse said:
This is sick, unparalleled.
Click to expand...