The Assassination of Julius Caesar

Brief Synopsis:
This is a massive reworking of the series, partly inspired by William Shakespeare's play "Julius Caesar". The edit focuses on the events leading up to and following Caesar's assassination, recasting Brutus as the main character.

Intention:
First and foremost, this was an experiment in editing - to edit an entire TV series' worth of footage in order to tell a self-contained, different and cinematic story. I didn't want to simply condense the story of the series into two hours, I wanted to tell the best possible two-hour story with the footage that was available. Great care was given to the dramaturgical structue of the piece - I did my best to create a story that fit into a classical three-act structure. 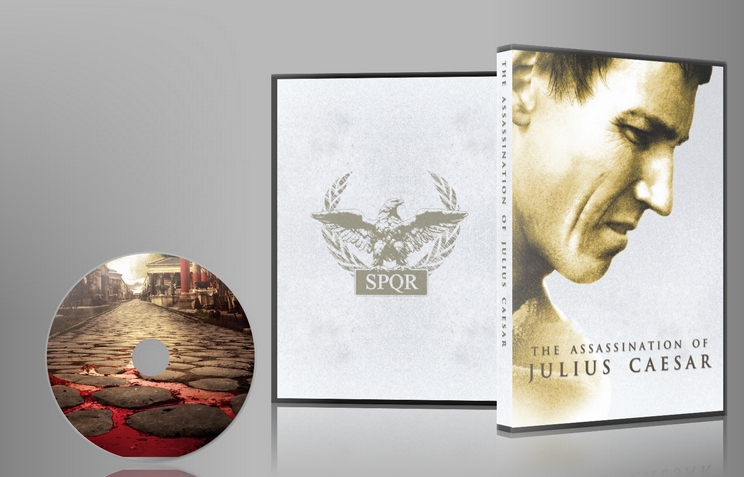 Love the artwork too. Inspired by the Lincoln poster, right?

sounds aweshum. i think i'll have a roman geekgasm between your cut and brumous's.
B

Loved all of your previous edits, and looking forward to loving this too.

Kerr, I really enjoyed your Lord Of The Rings book fanedits. Your love and knowledge of storytelling gives me great hopes for your very different edit of Rome.

BTW have you seen Brumous's edit of season 1? It's quality.
K

Thanks guys - I hope you enjoy the edit!

Love the artwork too. Inspired by the Lincoln poster, right?
Click to expand...

It's not, actually, so the startling similarity is a pretty funny coincidence, especially concidering the similiar stories (I assume - I haven't seen Lincoln yet, but I guess it will include the assassination in some way).

BTW have you seen Brumous's edit of season 1? It's quality.
Click to expand...

I haven't watched it yet, but I'll probably check it out at some point. I don't think I'll be in the mood for anything Rome-related for quite some time, though - at this point, I feel like I know the entire series by heart.
R

Only a few more download and I can watch this gem with my wife tonight!
R

Post deleted. Please read The Rules and Using This Site.
B

Hmm, sounds interesting. I'm a huge fan of the series.