This could be considered a flagship, I suppose. It seems to be really blowing up in popularity, more than any of their originals that I can recall. It's being talked about all over the web and many of my coworkers binged it last weekend. Either way, I can watch it anytime I want and if/when it comes out on disc, I'll probably edit it. I suppose we'll have to wait and see. *cue dramatic music*

Watched the first 3 episodes and loving it so far!  I have my Friday night planned now

The Duffer Brothers' final film school project, which they wrote and directed:
The wife and I thoroughly enjoyed this. Most of the actors are ham sandwiches but I like the lead. The bookends was a nice touch. Some of their instincts are on display here, such as in the first scene where the locker door opens. We know from watching movies something bad will be behind there when it closes but they let the scene breathe to the point where you're lulled into a false sense of security. This moment has a nice connection with the end, as well.

Watched the first two episodes and it's very good! The child actors are phenomenal.

I can't help taking note of all the 1982/1983 specific cultural references and it's been pretty damn accurate. I only spotted one anachronistic reference to The Smiths so far .

I've only had opportunity to watch the first episode and cannot wait to get to the rest. It's an amazing love letter to the 80s, a mix of Spielberg films set in the era; Close Encounters, Poltergeist and ET, with a little Explorers thrown in, throw in a dash of John Carpenter, and a healthy dose of Stephen King, yet at the same time being unique and original while still channelling and homaging all of those elements.
Oh, and the awesome synth soundtrack. Tron meets Terminator.

Phew. Finished the last two episodes tonight. Nail biting doesn't even cover it! Definitely one of the best TV shows ever. Finally I can watch this RLM review, free from any spoiler dangers...


...and this video discussing the opening title sequence is neat...

TM2YC said:
...and this video discussing the opening title sequence is neat...
Click to expand...

Just have to say, season 1 is some of the best television I've ever seen. Lots of people love the 80s, but sadly most things are caricatures.. like The Wedding Singer or The Goldbergs, where the 80s are played-up in an almost cartoonish way. This takes the 80s seriously, takes the source inspiration seriously (Spielberg, King, Carpenter and many others) and then, with a perfect 80s backdrop started telling a wildly well-written, well-directed, well-acted, and all-around well-executed mysterious story. While it relies on, or finds inspiration in existing 80s visuals, it cobbles together a uniquely original story full of surprises and suspense, all while never descending into low-brow gimmicks.

I think what really separates this from other entertainment which tries to mine my generation's nostalgia is that while the backdrop and inspiration is the 80s, it treats them with respect rather than a joke, and then layers in just damn good story-telling and phenomenal casting/acting. And that is something that really deserves notice/credit. They cast people for the roles that were actually that age, and they cast great actors to fulfill it.

Hopefully Season 2 can maintain this level of quality and discipline.

Quick Edit: however, I will say that one downside of being so good with their 80s, is when they get it wrong, it really bothers me: 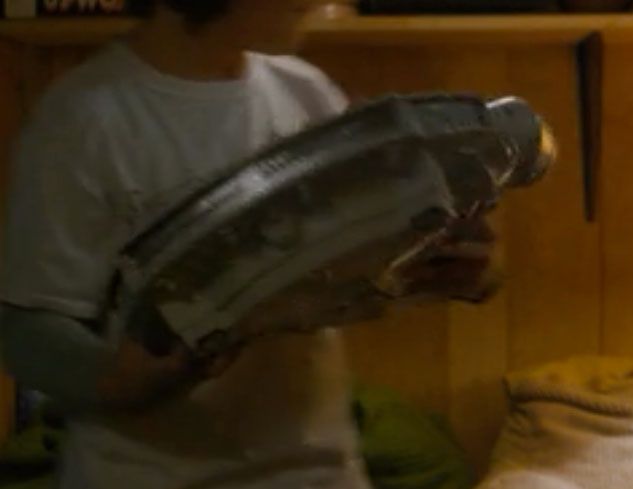 damn, even the artwork reminds me of atari cartridge boxes.

I saw an interesting fan theory (Not mine) that...


...the "Upside down" is 1980s America after it was nuked by the Russians in an alternate 1950s. Hence the toxicity of the atmosphere, the fallout/ash, lack of human life and hideous mutated creatures.

Come to think of it the UD does feel a bit like the Fallout games. It's a nice idea but it wouldn't explain why things like the woodland-playhouse are the same.

TM2YC said:
I saw an interesting fan theory (Not mine) that...


...the "Upside down" is 1980s America after it was nuked by the Russians in an alternate 1950s. Hence the toxicity of the atmosphere, the fallout/ash, lack of human life and hideous mutated creatures.

Come to think of it the UD does feel a bit like the Fallout games. It's a nice idea but it wouldn't explain why things like the woodland-playhouse are the same.
Click to expand...

That's a fun theory. I'm willing to forgive some of the structural stuff not making total sense (cuz TV) if they go down a route like that. Perhaps the playhouse was made by the monster, if you combine it with the other theory making the rounds about whom the monster is.

It's Official, Netflix has announced season 2 of Stranger Things, appearing sometime in 2017.

Great series. I really liked it but i think is not as INCREDIBLE as everyone keep saying... I saw the show and i have no complains. Now i'm already watching the series. Also loved the music, it's perfectly chosen.

This interview with the kids is hilarious...


Especially when they play a game of 1980s odd-one-out at the end.