Breaking Bad Gets a Fanedit

This is the discussion thread for Breaking Bad Gets a Fanedit. Post away!

I downloaded this yesterday, and I plan to watch it tonight.  I'll let y'all know.
T

I'm on mobile data abroad at the moment, but I hope someone downloads this as a preservation effort before it inevitably gets taken down...

plurmonger said:
I downloaded this yesterday, and I plan to watch it tonight.  I'll let y'all know.
Click to expand...

As someone who never saw Breaking Bad, I would love to see this fresh take before going into the series proper

[font=Helvetica,Arial,sans-serif]This was very, very well put together. So well I'd like to not criticise anything at all. But I feel it needed just another 10-15 minutes. It needed just one more of Jesse's arcs stitched in. In general, many arcs were wisely left out of this edit in order to acheive this impossible strip down. Well done overall.[/font]

That One Guy said:
I'm on mobile data abroad at the moment, but I hope someone downloads this as a preservation effort before it inevitably gets taken down...

Edit:Excellent, I see plurmonger is way ahead of me
Click to expand...

[font='Helvetica Neue', Helvetica, Arial, sans-serif]That One Guy was spot on. The Fanedit has been removed.  [/font]

dammitall!  they snatched it away when i was in the middle of snatching it for myself.  i was gonna watch it at work tonight.

Search for Breaking Bad the Movie on Reddit. I'm grabbing it from there.

Anyone have a poster for this? I would like to add it to my Plex Server

Just watched this, it's pretty impressive work considering. I think maybe they should've let it go slightly longer just to let the characters breathe a little. I don't think we ever really got a sense of Walt Jr or Pinkman in this version. Still, pretty cool to slim it down that much.

watched the first 14 minutes, which are pretty well cut.

it's too bad the faneditors didn't come to this site, where they could have learned better distribution hygiene.

OK, I watched it last night, and I have to say this is really impressive work.  I went into the viewing with extremely low expectations, not at all expecting it to work, but I knew in the first 5 minutes that I was watching something special.  The way everything has been cut down and ordered is truly elegant, and it plays more like an honest-to-god film than any other tv-to-movie edit that I've seen.  It moves at a quick pace, but it never loses its rhythm, and I didn't find any glaring plot holes (just one line toward the end that doesn't make much sense without some deleted context).  The only complaints I have are that, at times, it moves just a little too quickly, and some of the characters are (unsurprisingly) thinly drawn. It's not a problem for everybody (The story doesn't suffer for cutting down Walt Jr's screentime, for instance), but Jessie really could have used more scenes to flesh out his relationship with Walt and give the conclusion to his story more emotional payoff. The best advice I can give to anyone who's planning to watch this is to let go of any preconceived notions of what must be included in a BB fanedit.  Likely, your favorite moments from the series are not included (most of mine weren't), but what is here is still fantastic, and the movie as presented doesn't really suffer for what wasn't used.  I don't want to go into any specifics because it was so much fun to just watch this play out as envisioned by the editor.


Nic said:
As someone who never saw Breaking Bad, I would love to see this fresh take before going into the series proper
Click to expand...

I can't recommend against this enough.  If you are interested in watching Breaking Bad, watch the series, because while this is a fascinating exercise and a decent film, the series is incredible. Watching this first will spoil some of the surprises, killing your suspense during key moments of the series, and everything that works here works infinitely better within the full context of the show.  I would say this edit is purely for existing fans of the show and people who don't ever plan to devote the necessary time to watch all of the seasons in their entirety.

Excellent opening titles. It's obvious from the very start that this is well thought through edit.  It has great tone and pace, only once toward the end I thought a scene was surplus. I like how it presented characters/arcs and also 2.35 AR - a reminder that the show itself was very much cinematic.

damingraham said:
Anyone have a poster for this? I would like to add it to my Plex Server
Click to expand...

Heh, that was the first thing I thought too! So I browsed the internet and fired up Photoshop. 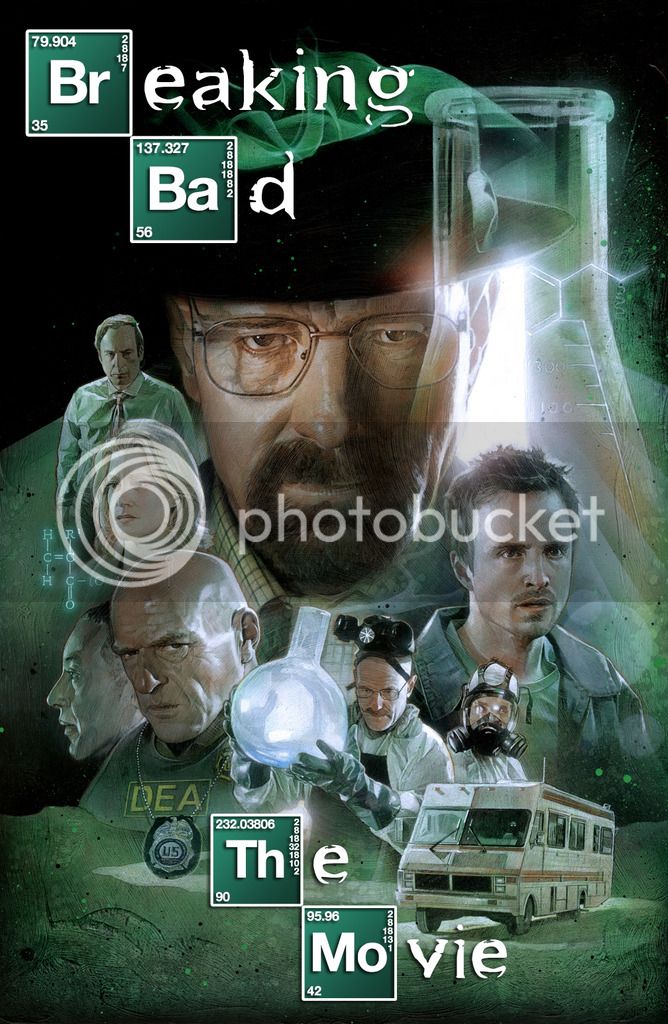 Personally I really liked the wave of fan-made minimalist posters for this show, even though I never watched the show.

If I were making a movie cover, I'd try to make something similar to this: 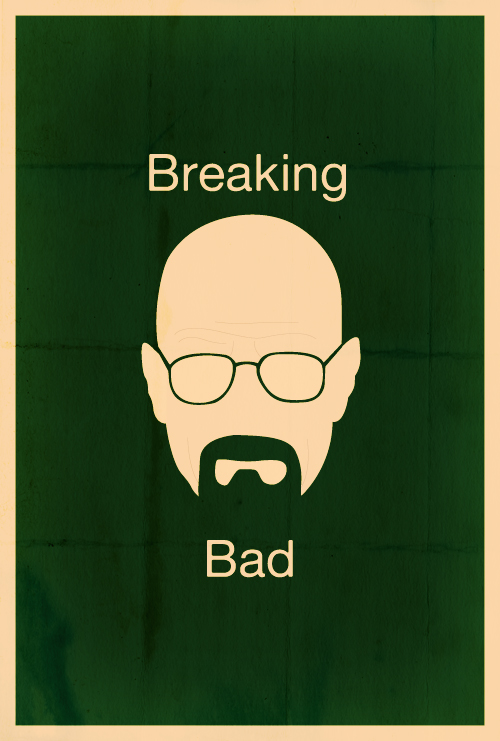 The chosen image and text placement is nice, I just hate the chosen font for "eaking d" and "e vie". Probably a matter of taste/preference. To each their own.

addiesin said:
The chosen image and text placement is nice, I just hate the chosen font for "eaking d" and "e vie". Probably a matter of taste/preference. To each their own.
Click to expand...

Yeah - I might go back and change that. The periodic table images and the other text were all a part of one font called 'Heart Breaking Bad' and I just went with it rather than going in and grabbing another font for the second part of the words.

Edit: New image below. Font corrected to the original used for the series as well as sized/aligned better. Poster aspect ratio also fixed.