The Matrix Re-Linked by CTRTL

What kind of fanedit : TF

Tagline: When the Link is the weakest part.

Cuts Removed/Added: Total number of cuts is 125. The ones listed below are the more significant cuts.


Intention for this fanedit: Is to give the movie a more purposeful and focused feel. And to make it more immersive and mysterious.

How intention was achieved:
To cut out bits and pieces of dialog between characters that was solely there to remind us that not everyone believes in Neo. I found this to take away alot from the film. The character of Link was the facilitator of most of these lines and disbelief.

By cutting out bits and pieces of repetitive dialog. For example during the "Burly Brawl" Smith walks in while black crows fly away in fear, there is a cut that goes to the Neb with Link Saying "whoever it is he is not reading like an agent" this line was delivered before and the line Morph says "Smith?". Of course its smith the audience knows it's smith and that he is not reading like a standard issue agent. Lines and scenes like this distract from the moment so I removed them.

By moving the revelation that Smith is copying himself to much later in the film. This makes the Bane incidents more powerful and mysterious. By removing the mentioning of more versions of the matrix and predecessors to Neo. These hints and other things make the architect scene less significant. It takes the punch out of finding out that the "One" is just a version of control and that they now have to fight for their lives. The architect is the only one who tells neo this and he finds out when he gets there. Numerous other small cuts here and there and by removing as many cut aways as possible to the crew watching matrix code screens.

Well this is interesting...sort of came out of nowhere. Or is this the RustyRayGun version? It looks different.

I like those "Out of Nowhere" edits. It means They Are Out There.
Watching, waiting and editing.

Just finished watching it and, while it says you've cut 28 minutes, the pace still feels terrible, which is one of the multitude of problems for The Matrix sequels.

While a lot of the Link stuff that is cut is not missed, what is your justification of leaving the Persephone kiss? Or the beginning of the rave sequence, but not the part where Morpheus talks, which is discussed prior to the "gathering"? Additionally, you cut the introduction of Zee with Link, but left a scene where she gives him the necklace, making for a confusing and unnecessary scene, seeing as there isn't a real payoff.

Also, you cut out the personality of the Merovingian. It pretty much stripped him of anything entertaining (to me, at least), which, many will say, he was the only one that brought anything good to the table in Matrix 2 & 3. I would like to hear how you justify cutting down an interesting character's dialogue, but can leave the Persephone kiss scene, which stops the movie colder than it's already stopped.

In short, while a very technically proficient edit, the final product just feels too light compared to some of the other edits on FanEdit.org. If you want a light edit of Reloaded, then this is more than fine. I just think it needs another pass.

Hey eldiablosuizo, do you have a 5.1 setup? Can you talk about the audio?

I can say the dialogue was quiet, but that's it, as I watched the mp4 on my laptop.

The Matrix Re-Linked by CTRTL

Prologue:
It's been a long time since I watched anythign Matrix, mostly caused by my own fanedit effort, which as usual was such an intense ride that it almost deleted any further interest in these movies and also spoiled my objectivity for a long time. Now I won't compare this edit to my own or to my own decisions, because this has a completely different approach.

As for all my reviews: this is just my personal opinion of this fanedit. I cannot tell anybody else, if he or she will experience it in the same way or the opposite. So my review is not objective and does not reflect the opinion of fanedit.org.

The edit:
The intention to make this a more focused edit worked well for me. Basically it felt a lot like a less distracting trimmed version of Reloaded, including a few scenes from the Animatrix. Except for one bad edit idea that cuts the speech of Councillor Hamann this was well edited in my opinion. The fanedit feels superior in several scenes to the original, where it successfully trims the unneeded fat, yet it does not make it a great movie. Matrix Re-Linked still has cheese, ultralong fight scenes that feel even longer in a trimmed version and is confusing and unsatisfying as a sequel to THE MATRIX. The Animatrix scenes in the beginning come with the problem that they are animated and nothing animated appears in the later fanedit again. As that it feels unnaturally tacked on, yet not too disturbing for a fan to get in the mood. The animated scenes though seem to introduce a way more radical edit than this actually was.
What I liked best was the shortened version of the Persephone kiss and the shortened architect speech.
This faneditor does not seem to be a newbie, his audio and video edits showed a lot expertise. The image quality was marvelous and so was the sound.
Overall I was able to enjoy this fanedit, especially the second half, when I really started to get in the mood and had lost my Matrix sequel disgust.
editing: 7 of 10 (animated scenes in the beginning don't really fit to the rest, Councillor Hamann speech just fades when he starts)
entertainment: 6 of 10 (original 6 of 10. What was too long in the original was too short in this fanedit)

Audio editing and audio quality:
There were no hard audio cuts. Audio was perfect.
audio editing: 10 of 10
sound quality: 10 of 10
resulting in a 10 of 10 for overall audio

presentation:
The DVD comes animated menus that look a lot cheaper than they actually should , because the faneditor created an awesome trailer/teaser that plays in the background. Unfortunately the buttons look very cheap, spoiling the entire menu fun. There are or done animated chapter menus that would have looked a lot better in 1.78:1 (instead of 2.35:1)with a still menu with no sound. The lower bar on the chapter menus again looks VERY cheap. The faneditor shows a lot of talent care, which he wasted a bit with the menu presentation. The included artwork does the job, yet is a rush job and could have been a lot better with a more effort. There are no extras.
To sum it up:
Talent shows, yet not enough effort went in the presentation. Still: aniamted menus and artwork lift it of course above the average.
resulting in a 6 of 10 for overall presentation

Final result: 7 of 10 (because I stick in this case to my concept of not rating more than 1 star higher than the movie was entertaining for me)
A great firstling that shows a lot of editing skill. Recommended for people interested in the Matrix sequels. 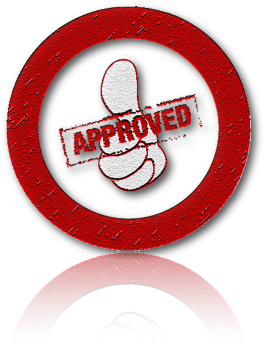 Imgburn won't let me burn this, and I'm hoping someone has an idea what is going on.

I thought maybe the download or unrar was the problem. But the md5 file reports all rar files good, and I tried unraring again to make sure. Same message.

Dumb question - is this a DL edit?

yes, this bitch is obviously not a SL. It is slightly a DL. I suggest using DVD shrink or DVD rebuilder.

I will upload a true SL version soon. There is really no need to waste a DL on this.

Finally got around to watching this...

A pretty good edit of RELOADED. It's a fairly straightforward cut with few major changes, but a lot of nice minor edits that add up to an enjoyable experience. The only complaint I have is the inclusion of the Anamatrix footage at the beginning, but that's just a personal preference - it works fine if you don't mind the transition from animated to live action. Video and audio work is top notch.