The Hills & Inferno - A Hills Have Eyes & Green Inferno edit


Actually this was a cut i wanna do as the first double feature but the release of the blu-ray
The Green Inferno was on January 6 of this year so i had to wait for it.


But first The Hills Have Eyes the remake from 2006
Man, what a excellent horror movie that was, great in every way
Of course the original from the late Wes Graven was great at that time but this one is really one of my favorites


I put all the action and horror in one hour and i think we have nice bloody ride
like Revenge and Pregnant (well, almost that bloody)


The release is somewhere in February


The cuts are coming up 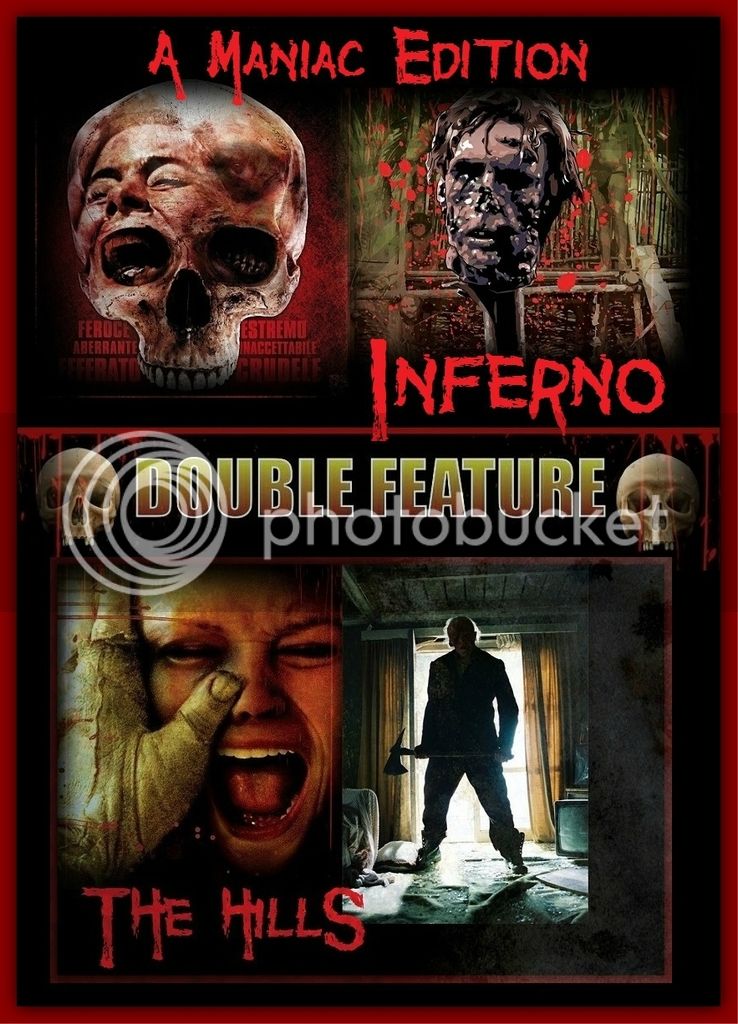 Back on track with this one.
I made two rough cuts of these horror movies and at the moment i clean this up
A nice bloody cannibal ride for 2 hours
Next week i work on some music and when it's ready i put in the update the most important cuts


The cuts of "The Hills"


Well, i cut both movies like these people are at the wrong time at the wrong place
In the original of The Hills Have Eyes the old man at the gas station points the family
deliberately to the road where they meet the cannibals
Well, not in this cut, i cut that scene.
The original running time is 1 hour and 46 minutes so i cut out 45 minutes of this movie
And that is all kind of things where nothing happens talking, walking, scratching, doing nothing if you cut that then you have almost that one hour with the whole story and violence on top.
That's it for "The Hills"


Like i said, this is no remake of Cannibal Holocaust
That is complete bullshit
The story is different, there is no found footage, thank god because i got really sick of those "found footage" horror movies, it was great in Cannibal Holocaust but there are now too many movies with that found footage shit.
This story is about some group who goes to the amazone to save some tribes and woods.
Well, the journey in the original is way way too long
We see planes, bikes, hotels a lot of bla bla bla that is all cut out, so the journey is much faster in this cut
I cut out the guy who is taking a piss on the boat trip
A lot of scenes are trimmed, on the way back in the plane the accident and crash are much
faster as in the original.
From that point we come in the "Maniac" segment and that is where the story really begins.
After that i cut out only one dialogue scene when Alejandro explaines that the whole idea was a publicity stunt, i think that was not important for this cut
Only this guy is in this cut a serious asshole who only thinks of himself
From that point the movie is great, very nice effects, beautiful color in those tribe scenes, I love the shit scene from one of the girls, that was very funny
I came up with the idea to use the music of Cannibal Holocaust so at some scenes you hear that music.
Well, that's it for this cut.


Next week i am gonna work on my second Carpenter DF "The Shape and Ghosts" (halloween/the fog) and my Abducted cut of Hostel.

After i finished this workprint i had not a very good feeling of the first "Hills" segment
My first idea was that they never met the old man until the father is gonna look for help
but i do not like it.
So i recut that "Hills" segment.
Because of that i release this edit somewhere in March

i recut this edit mostly by The Hills.
This cut is satisfying me more then the first print so next week i put the music back in place


So finally it's done next week.