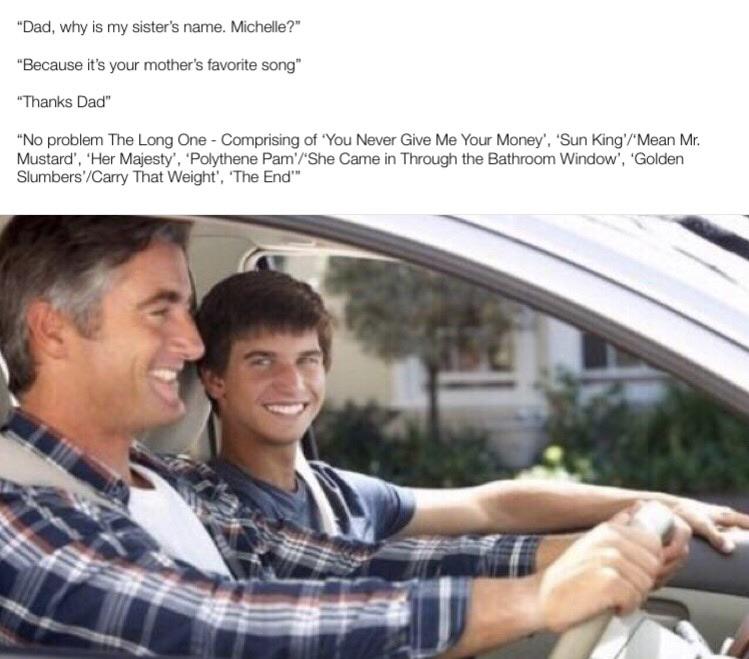 oh yas the outtakes! The Long One was a treat i thought i'd never get to have. Goodbye sounded like it came straight out of Paul's RAM. john's rawness on his songs' outtakes is just something else too. all in all i loved this, and am still loving it. i too rocked to Abbey Road all day. happy 50th (even though i'm pretty sure the 50th was thursday, so i listened to the original mixes yesterday all day instead).

I love listening to the 50th anniversary Abbey Rd too, it's amazing to me that we are still getting 'new' Beatles material. Really looking forward to seeing what Peter Jackson comes up with for the Let it Be doco too, and finally we'll get an officially released version of the original film too.

On a related note, what did everyone think of Yesterday (2019)? I enjoyed it, for the most part, but felt it could have done a lot more with its premise...


njvc said:
On a related note, what did everyone think of Yesterday (2019)? I enjoyed it, for the most part, but felt it could have done a lot more with its premise...
Click to expand...

I dug it. Very cute. A nice little flick. Yeah it was a little predictable and underwhelming, good for a one-time watch.

bumping this, because i hadn't listened to the new mixes of Imagine back when i made the thread and i have to say, the stripped down mixes blow the original ones out of the water. i probably still prefer the original mix for Imagine (the song) because of the strings, but for everything else i'm stripped down mix all the way.

i was reminded of this because John's estate just announced a new deluxe version of Plastic Ono Band to come out in mid-April, and we'll see what that holds in store for us. what i'm really looking forward to though is the deluxe edition of George's All Things Must Pass. can't believe they just gave us a remix of the title track for the record's 50th anniversary... not only is it the best post-Beatles album by any of them, but it's also the one that's aged the worst of them all. Spector's production simply doesn't hold up, and that album suffers greatly for it. the remixed track they put out wasn't exactly brilliant, but it was infinitely better than the original mix, so i'm eagerly waiting for the others. also, maybe some yummy outtakes? i just hope we get nearly as much stuff as there was for John's Imagine.
You must log in or register to reply here.
Share:
Facebook Twitter Reddit Pinterest Tumblr WhatsApp Email Share Link
Top Bottom