Some various and sundry dreams:

I decided to walk to Alaska, which in this dream was only 14 KM north of my town of residence. After reaching Alaska, I eventually decided to go back home, and decided the best way back was to swim the entire lake which stretched between Alaska and my home. However, soon after swimming a little ways, I found a massive crevice had opened up in the lake bed and the entire lake was slowly by surely emptying, the water swirling down like in a giant sink. Figuring these waters were too treacherous to continue navigating, I swam back to Alaska and booked a room at a lakeside hotel. As it turns out, this hotel was built atop a large kraken which was inhabiting the lake. As the lake continued to drain, the kracken was sucked down into the Earth. I escaped, but not without banging my head on the broken rock of the crevice the lake was draining into.

My mama had turned up alive. To prove she was really alive and not part of a delusion, I wanted to take a photo of her holding a book I'd purchased after she died. While I searched and searched for one of these books, I was awakened by the phone ringing.

A series of disconnected vignettes involving Alannah Myles. In some, she was a wicked witch seeking to restore her lost youth/vitality through black magic. In others, she wasn't a wicked witch and was indignant that people were seeing her as such. In most, she was trying to seduce me, through gifts or otherwise.

It was winter. The family had discovered a load of young kittens half-frozen somewhere outside. As my sister and father were bringing them in, I attempted to play with them. At this point, they'd spent their formative weeks without much human interaction, so they were already distrustful and half-feral, though some were tamer than others. Funnily enough, they'd made friends with a small baby mouse and a fuzzy little insect. Also, there was a Jedi with a chartreuse reverse mullet helping bring the kittens in. Upon discovering the insect, he slowly and sadistically crushed it under his boot, despite my desperate pleas to spare it. Enraged, I picked the Jedi up and broke his back over my knee.

I travelled through time and space to the Antebellum South. Once I got there, I visited a park. I started talking to the folks there about the Gnostic Gospels, explaining that most were lost/existed in fragments 'cause they'd been suppressed by the religious authorities of the time. This pissed off many of them, and they sent for guards. The guards wore heavy 18th century dresses of red, gold-embroidered fabric. They began torturing me, with one jamming the end of his musket over my right middle finger, firing straight through my arm and out my elbow.

As one guard levelled his musket at me to shoot me death, I wrenched it out of his hands and beat him to death with it. I then sought to escape. A group of slave childen, disguised as a guard within one of the heavy red dresses, hid me under the skirts and smuggled me out of there.

A boy in his late teens/early twenties entered into a relationship with an older man's wife. The man found out about the affair. Being both a Vodou bokor and a damn good cook, he whipped up a pot of cursed jambalaya. Cornering the younger man in an alley, he scooped some jambalaya out of the pot and forced the kid to eat it.

I know there was more to the dream than that, but I don't remember the rest.

The first dream played out like a movie I was watching. It was a horror film starring Jennifer Lawrence. The villain was the Leper Messiah*. The Leper Messiah looked exactly like Hans Baldung's depiction of Death from his painting The Three Ages of Man and Death, except it had ice blue eyes. The Leper Messiah carried with it two enormous rusted screws — one a straightforward screw, the other a screw-in hook. I remember none of the details of this dream expect one: the Leper Messiah fastening a silver crucifix bearing its image instead of Jesus' around J-Law's neck.

*Obviously, my subconscious pulled this name from the Metallica song.

The second dream I recall with far greater clarity. My sister and I were visiting one of her friends at his home. Instead of being where it is in reality, it was located on a cove, and he was leasing the property. The three of us were inside his house, playing on his N64. Deciding to take a break, I left to go for a walk. While wandering about, I collected points, as if I was in a video game.

I eventually made my way to the mainland, where I met my sister's friend's satanic landlord. He looked exactly like Ray Wise, sporting a goatee and long, manicured, black-painted nails. I don't really remember the details of our conversation, but he mentioned something about signing contracts in blood.

The two of us walked back to the cove. Once there, the landlord demanded his tenant sign a new contract or face immediate eviction. My sister's friend acquiesced, calling his landlord a "Pentecostal Catholic". Grinning, the landlord took out an enormous bound copy of the Vestus Latina dating back to the 4th century, wanting to sign the contract within its pages. As the landlord began signing his name with with a fountain pen in regular ink, I suggested he use his blood instead. Agreeing, the landlord set the pen aside and slit open his palm with out of his claw-like nails, scrawling his signature in his own blood. The dream ended abruptly there.

A balding Elijah Wood with big glasses and a goatee said this:

"I've been diagnosed with antisocial personality disorder. There's a 59% chance that God will forgive me, eventually."

I starting to realize that I'm not the only entity on this forum that needs serious help. Speaking for myself, of course.

A party was being thrown at my house. Slavoj Žižek crashed it, then got blitzed and ended up crashing on the couch on the back porch.

While this was going down, my sister was elsewhere. She did something foolish which caused her to take a rather nasty spill, earning her a large blood-blister on her chest, over her heart. This blood-blister was potentially life-threatening, so someone called an ambulance and she was rushed to the hospital. Me and my parents, who were alive, only found out about this after she returned home from surgery the next day, tearfully relating the story to us as she peeled the bandage on her left breast back, showing us where the blood-blister had been removed. Suffice to say, neither of my parents were pleased by this news.

I think this is the strangest dream I've ever had, full stop.

I was a teenager back in high school. I had a new teacher, who was Alannah Myles. An Alannah Myles who was sometimes muscular, sometimes her familiar slender self. She possessed mystical powers. At this dance, she used her powers to instill me with the courage to dance with a girl I had never seen at school before. So the two of us danced; we both had two left feet, but we enjoyed ourselves nevertheless. Then the dance ended and the girl disappeared. Alannah told me the girl had been like me, a poor soul crippled by social anxiety. I was told I'd never see her again, but the purpose of this moment was never to set us up as life partners, but to kickstart our spiritual evolution.

Now is where the dream gets absolutely bonkers. This portion is so bizarre, my hamfisted descriptions can't do it adequate justice. Turns out Alannah was one of many angels sent to Earth to kickstart the spiritual evolution of all of mankind. Myself and millions of other people around the globe had been chosen as the first recipients of this program. We were force-fed deep-fried, sausage-sized slugs; experienced Noah's Flood from the perspective of those who hadn't survived; and forced to snort a powderized poisonous insect which burned at the touch and was 90+% fatal. All this and a series of other scenarios were meant to reinvigorate our empathy, though I'm pretty sure a good number of them were counterproductive.

The dream ended on a hopeful note for the humanity. A Rob Zombie cover of Bryan Adams' "Heaven" played as it came to an end, like a movie going to end credits.

I had a dream that I watched The Man in the Yellow Jacket, a critically acclaimed drama starring Robin Williams and John Cusack. It felt so real, but I'm pretty sure this isn't a real movie. It was by some auteur French director, which was what made me curious to check it out.

Apparently I watched so much shark tank Australia last night that my dreams were the show as well.....

I had a dream i was eating giant marshmallows and when i woke up my pillows was missing. lol. Every time someone talks about dreams i have to say that. Seriously since i been sick the meds mess with my dreams. Like i open the fridge and it has like flowers and stuff growing in it and i pick one and eat it.

I dreamt a few nights ago that I was watching a documentary about a 20th-century dictator (I don't remember who, but he doesn't seem to have been any that I've ever actually heard of), and part of it dealt with an argument he had with the composer Aram Khachaturian. It all seemed so real at the time.

Duragizer said:
My ability to recall dreams has really gone to shit this year.
Click to expand...

It's gotten even worse since then.

I had a dream last week where I was outside with a crowd near the middle school I went to. Tom Holland was nearby and I was trying to get his attention.

I didn't get his attention. 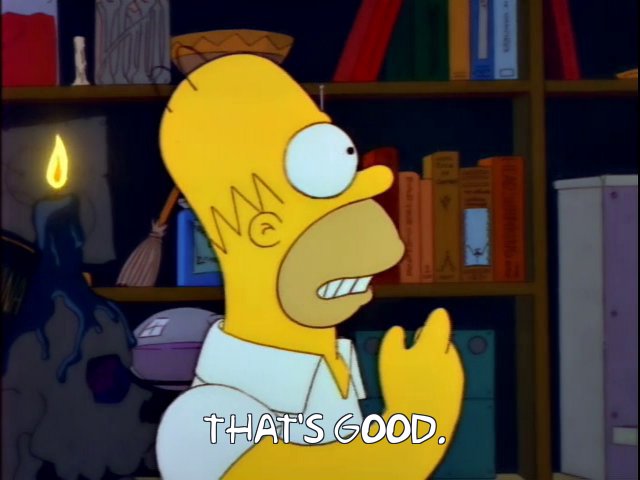 Then they kissed passionately with full tongue action. 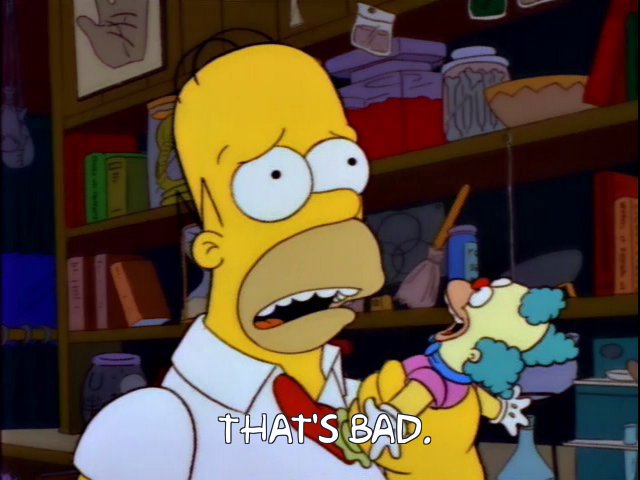 I keep having dreams about new shitty Phantasm sequels. The latest one, last night, involved time travel, with an alternate timeline young Mike played by some unknown teen actor that happened to resemble A. Michael Baldwin (who also appeared of course). Another one I had involved Jason and Leatherface for some reason, with some unknown protagonist chained up in a basement. Phantasm, amirite?

Dreamt I was in a romantic relationship with Linn Berggren, who had a job as a chanteuse. I believe our love was forbidden, 'cause I went to great effort to hide it from my sister, who was sometimes my brother. Strawberries also figured into the dream. One strawberry was the size of a pumpkin, but it had already started to spoil, so I had to gouge out all the rot before I could eat it, leaving me with no more than half. I figure this was a subconscious reference to Wild Strawberries. They're both Swedish, after all.