I am curious and optimistic about this show. It certainly looks different from any other iteration we’ve had of Superman before and I think I read that there’ll be less episodes and will be more focused compared to previous Arrowverse shows.

This was a very good pilot, it's a big risk to devote so much time of it to the family angle and not leave enough time for more Superman, but at least we got some feats (and it felt very much like a homage to Superman III. Tyler really made me swell up in his reaction to Martha's death.

Jordan looks so much like comic book Jon, and he definitely came off as the more interesting of the two, I relate to him a lot and see a bit of myself in him. The twist at the end where it's shown He was the one who shielded Jon I actually didn't see coming. Jon's comeback to that "my skills are natural" was a great chad bro line.

I was pleasantly surprised with the pilot.  It was everything I felt like I needed to see from a new Superman series.  It's like taking Lois and Clark, Smallville, and the look of Cavill's films and putting them in a blender to make a really intriguing new look at the Man of Steel and how even he struggles with balancing a family and being the world's savior.

LOVED the Superman III shoutout and the Fleischer costume: I felt a little letdown by the villain reveal, but I'm open to seeing where it all goes.  I'm just exhausted from the overuse of the same damn Superman villains when he has a rogues gallery that really ain't too shabby when going against all of the Batman ones.

Tyler really channels what a Reeve Superman would be like in this millennium and Elizabeth has a wonderfully mature Lois that suits him perfectly.  I was prepared to hate Jonathan and Jordan and I actually walked away really liking their whole family dynamic and it never once descended into the usual clichés (though it was only the pilot).

I look forward to future episodes and my excitement will continue to soar up, up and away!
O

This won't reach my shores for quite a while I guess, but how much knowledge is required of the character from Supergirl? I stoped watching Arrow after 5 seasons, I've seen up to season 4 of the flash (and do want to continue.) I tried to get into legends of tomorrow but called it quits at the end of the first season and haven't develed into any specific show since. This seems like it could be a spin off not as well interlacing into the other shows which feels like a plus for me after a little superhero fatigue.

That said I have bought every crossover 'Event' dvd and watched Invasion so far, which leaves me with Crisis on Earth X, Elseworlds and Infinite Earths to watch. I can see Tyler's superman on the cover for infinite earths but I don't know of his inclusion in the earlier ones.

I've watched a couple episodes of Arrow when it first came out, but didn't get into it. I really liked Season 1 of Supergirl, but each successive season less. I stopped watching after Crisis on Infinite Earths because I really didn't like what I saw of the other series it was being mixed in with. If Superman & Lois is going to be a separate thing, and leave behind that CW-style plots of the rest of the Arrowverse, I'll give it a shot.

Omaru1982 said:
This won't reach my shores for quite a while I guess, but how much knowledge is required of the character from Supergirl?
Click to expand...

Not too much.   Superman's history (and I suppose Supergirl's ) has been altered by last season's Crisis on Infinite Earths.
So in this new reality, Clark and Lois have been married for many years and have two 15 year twin boys.
Whatever else has or has not been changed, will be revealed as the series unfolds.

Watched the 90 minute pilot twice now. It was very impressive.

Stylistically, tonally and narratively Superman & Lois is very different from the other Arrowverse shows. It's fantastical elements are tamed by a heavy dose of real world relevancy -- the struggles of parenthood, the age of youth anxiety, job loss and the changing landscape of small town America. While this may sound very dour and depressing, the story is uplifted by the strength of the Kent Family and their commitment to each other. This is a Superman story after, and no matter how dark it becomes, the light of Hope can never be fully extinguished.

The cast is very good. Tyler Hoechlin is.. well.. Super! He nails both sides of the character perfectly. Bitsie Tulloch has grown on me. I was not sure of her when she first appeared in past crossovers, but here she is much more developed and confident. The Kent Twins won me over by the pilot's end. While they tease, argue and fight with each other as siblings do, it is clear they love and are devoted to each other.

The pilot has a very expensive cinematic look. Whether the series can maintain this level of quality is debatable. Batwoman equally began its first season with similar big screen Nolan stylings but has now settled into a more normal CW Vancouver shot look. Though to be fair, Covid has deeply impacted how most shows are being filmed this year.

There are two minor supervillain subplots planted in the pilot and I imagine they will grow over the course of the season. Will they overshadow the Kent Family dynamics?

While I appreciate the more serious, mature tone of the series, I hope as it evolves, it occasionally captures some of the lighter, primary colour fun of Supergirl and The Flash.

Perhaps my only real nitpick is Hoechlin's new suit. There is just too much muscular padding. It sort makes his head look too small for his body LOL. Plus the suit muscles look unnatural and awkward. It becomes very obvious every time he has to fly and raise his arms upward. His previous suit was much sleeker and form fitting. Not sure why the producers felt they had to bulk him up?

But that is minor. A very solid and dramatic opening episode. I eagerly look forward to more stories about the House of El.

Of particular interest to us editors, online versions of each episode will be extended 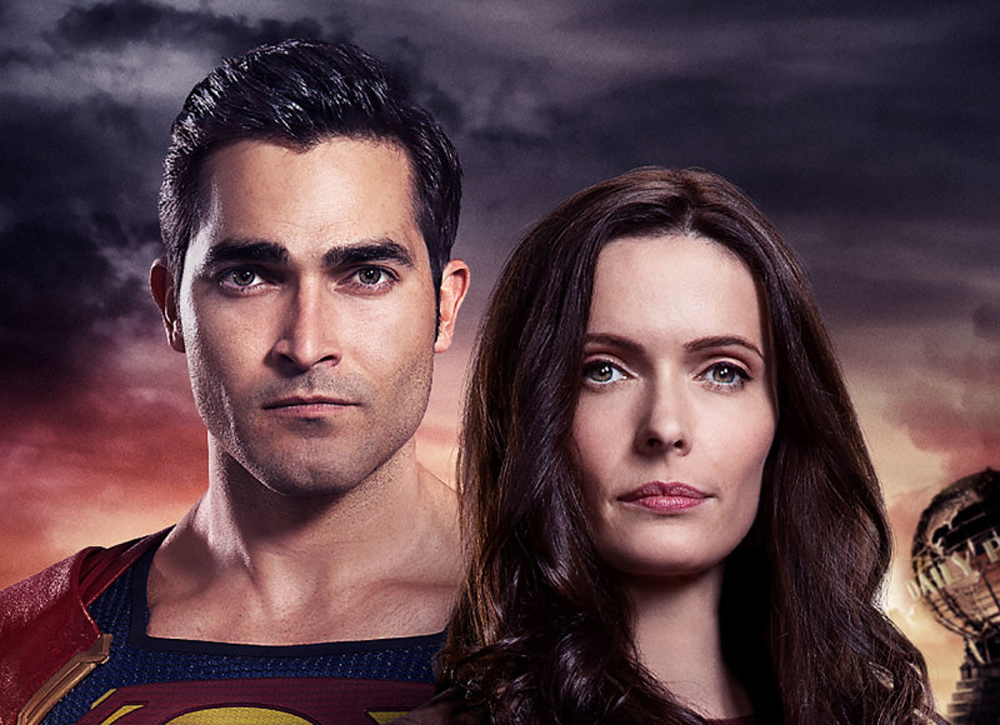 Superman & Lois is flying high following its debut. The premiere episode of The CW series drew 3.25 million total viewers in L+7, up 80% (+1.5 million) from Live+Same day, according to Nielsen,…