NOTE: Was released on his blog, I've decided to add it to IFDB as I deem it cool. 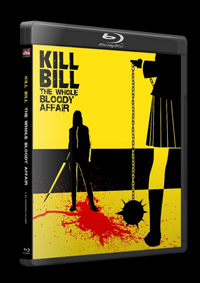 Brief Synopsis:
Tarantino's saga in its original form: a 4 hour-long uncut epic film, presented in a new fan-edit [the longest ever], available for the first time in high definition.

Intention:
To present an HD version of The Whole Bloody Affair, since it's unlikely that's going to happen.

Would love to see this.
L