Doctor Who: The Doctor Falls-Redacted 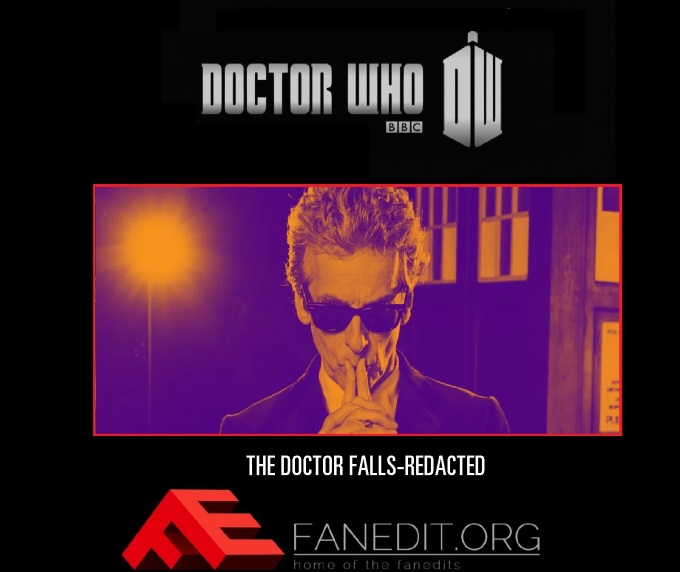 RIP Doctor Who: 1963-2017 is a statement I do not agree with on any level.​
While it is arguable the show is presently going through it's most polarising and divisive era in many years, heightened by sensationalist Youtube channels more concerned with negativity-for-clicks ad revenue than open-minded journalism, there are still the occasional flashes of briliance still there, and I do not hate Chris Chibnall or Jodie Whitaker's performance as The Doctor.

That being said, when people say Doctor Who should have ended with series ten, or with Twice Upon A Time, I often wonder just how that can be achieved without

A couple of days ago,  I eventually put the possibilities into practice...and this is the result.

Not wanting to repeat myself with my two-in-one combo of "World Enough and Time" (which still ends on the Jodie regeneration), I opted to tackle just the second half of the series ten finale, as it's the one that required the most changes.​
Gone are any early signs of regeneration, and The Doctor sets off the final cataclysmic explosion a little earlier, the idea is to convey that it is Bill's girlfriend Heather than helps to heal The Doctor (as she says she can rearrange atoms however the person likes and manages to unconvert Bill...who says she can't mend Time Lords?), and offers Bill a trip across the stars. Bill chooses to return to Earth with The Doctor where they eat chips and 'mourn' the loss of Missy (using flashback footage from 'World Enough and Time')

No Jodie regeneration, none of Capaldi kicking up a fuss over not wanting to change again, no First Doctor meeting. Just Capaldi and Pearl camping out among the stars, another adventure behind them...and the adventures continue