I was working on this last year but didn't get it finished in time, another Xmas season roles around and I've finished it.

Brief Synopsis:
A short seasonal edit that refocuses the story away from Santa and onto BZ, Patch, Joe, Cornelia and the magic-candy/Christmas-2 sub-plot.
Intention:
I've always had a soft spot for the slightly dodgy Santa movie from the team that brought you Superman but all the scenes set in the North Pole were the least interesting aspect. So this short edit removes all that and focuses in on John Lithgow's deliciously diabolical capitalist, Dudley Moore's sweetly naive and kindly Elf and the two kids. Santa still appears to save the day though.
Other Sources:
- Santa Claus: The Movie PAL DVD (converted back to filmspeed)
- freesound.org 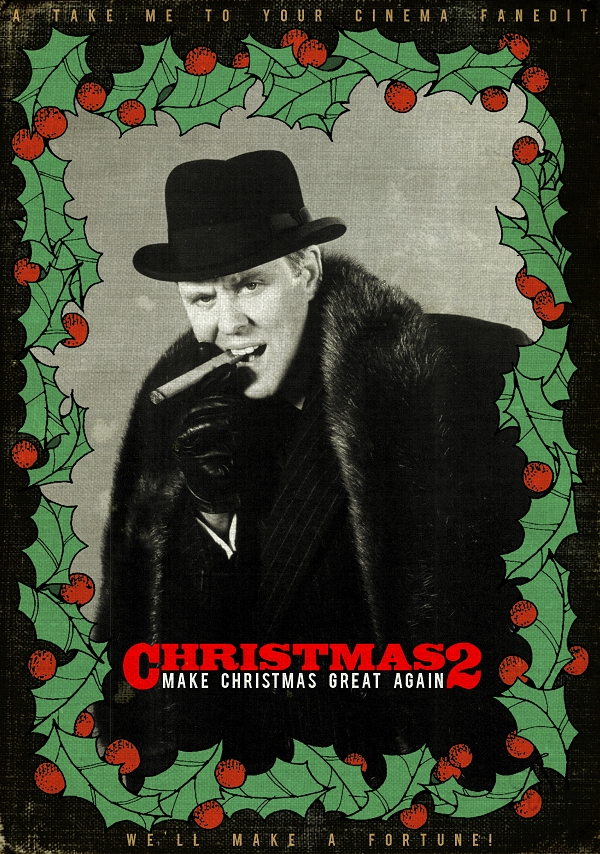 Editing Details:
- Cut every thing at the North Pole except seeing Patch leaving.
- All Santa scenes not relating to Joe, Patch and Cornelia removed.
- Removed all mentions of the broken-toys/hate-Santa subplot.
- Rearranged things so it all takes place over one Christmas season, not two.
- Replaced end credits music.