JMS is fast running out of time to bring us another Lost Tale with original cast.

At this rate I'll settle for two audiobooks: Pat Tallman reading the short story Genius Loci, and Jason Carter reading To Dream in the City of Sorrows.

Rescanned from the original negative, with the SD FX upscaled, all in it's original 4:3 aspect ratio.

No word if it will get a Physical Media release.

Rescanned from the original negative, with the SD FX upscaled, all in it's original 4:3 aspect ratio.

No word if it will get a Physical Media release.

Just saw this on my feed. Might have to go buy it in itunes now and retire the dvd box sets.

This is fantastic news , as it seems the seriously compromised old transfers have been simultaneously replaced on HBOmax, iTunes and Amazon (and other places too I imagine), so when new fans go to find this show they are more than likely going to see it this way, the proper way.

I purchased a single episode on Amazon to see what it's like ('War Without End: Part 1') and I've done a few screenshots:

(Disclaimer, this is just Amazon, who are sometimes terrible at transferring stuff for streaming, so other retailers may look different, or better)  Some of the live action does look much sharper (pic 2) but the upscaled stuff (pic 1) looks only adequate with added grain.  They've re-composited the titles in sharp HD but the placement/colour/shape isn't particularly good (compare pics 4 and 5) and is something any faneditor with a home PC could of got exactly right.  They haven't remade the main B5 logo, just upscaled.  Again something a skilled digital FX artist could have redone in an afternoon, or less (then just copy and pasted into all the episodes).

Some more things I noticed: As WWE-P1 intercuts footage from a S1 episode (because of the time travel plot), it should all be available in HD now but it's just upscaled because presumably that would have been too much effort to find the shots?  All the composite shots are predictably upscaled.  So I don't think it's been a "labour of love" as that article states.  They sort of retained some issues from the older transfers, in that although the CGI now looks better, they've made the live action look 2xbetter, creating a disparity that isn't supposed to exist.  While I'd have probably preferred just a high-res un-remastered/unchanged transfer, this is still pretty cool.  So I don't want to gripe too much.

I think I'll still wait to see if a blu-ray is forthcoming.

From the description, it looks to be the same Remastered version that Amazon offered last year.

Great that the film elements were scanned in HD!

Disappointing that the SFX shots were not re-rendered, like the ones shared on youtube by Tom Smith.

A minute of Babylon 5 in 4K(ish) editing together upscaled HBOmax live action and Tom Smith 4K re-renders of the CGI:

A lovely compilation of Tom Smith stuff upscaled to 4K.  It's some really nice upscaling with subtle grain added, that looks pretty natural and would bend well with live action.  Love it.

Those look fantastic! It would be amazing if Babylon 5 got the Star Trek TNG updated vfx treatment. Could you imagine these scenes with modern texture maps and particles/physics?

Yeah, they do look a lot better but they're so smooth

Just looked at Babylon 5 on amazon and if you click on season 1 and scroll to the bottom of the episode list there's a Bonus sections where you can purchase The Gathering for FREE (SD).
https://www.amazon.com/Midnight-on-...ld=1&keywords=babylon+5&qid=1612673334&sr=8-1


and a low-res upload of the original for comparison:

This youtube channel has some nice stuff. Experimenting with new Babylon 5 FX shots:

Updating the vfx shots is what I've hoped for over the upscaled stuff. It would be awesome if some vfx savy group got together and redid the vfx shots. It would be daunting, but improve an already fantastic show.

This fan art is lovely: 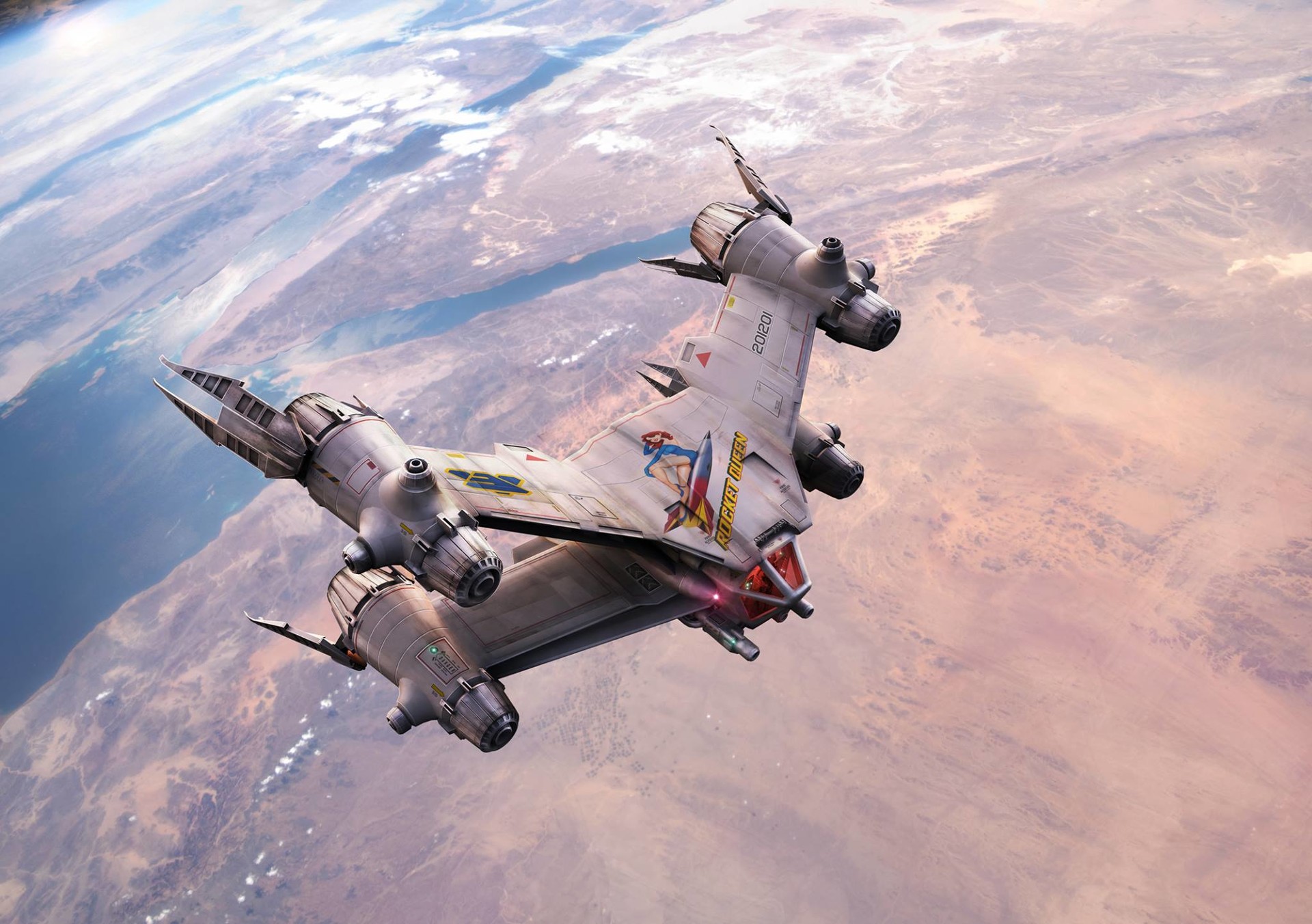 The complete series in HD is on sale for $39.99 on iTunes

Save up to 80% on iTunes movie deals and other offers for all digital products like movies, music, TV shows, books, audiobooks and apps. CheapCharts is the ultimate deal platform and price tracker for iTunes and Vudu Stores and the best place to find cheap iTunes movies.

Can anybody confirm if you can watch iTunes movie content on the AppleTV app through your TV (without an AppleTV+ subscription)?

Can anybody confirm if you can watch iTunes movie content on the AppleTV app through your TV (without an AppleTV+ subscription)?
Click to expand...

I use AppleTV to watch my iTunes files on my Roku and I don't have to buy a subscription. Also, I've verified that the files are the Remastered correct aspect ratio files.

A ground up reboot is being developed for the CW by JMS.