Where to find DVD cover elements?

Help please. This is one thing i haven't been able to figure out yet. I looked at the custom DVD covers on the site, and they have the "official" DVD video logo on them, and the rectangle spec things on the back that says the movie's run time and that it's widescreen. How do you do that? Do you just photoshop out the original background and recolor stuff or is there a download pack i can get in which the icons etc. have transparent backgrounds for use in photoshop? Thanks a lot for any help!

there used to be a rapidshare link to the templates...
I can upload a new one tomorrow.
S

Thanks a lot, would be much appreciated!
C

Check the gallery section later as I'll be adding a large rar folder of logo's as well as some useful links. I've been procrastinating lately.
S

if you upload the logos Casualimp, I don't have to. Cool!
C

It's up now on rapidshare. I use the free account so I'm not sure how long though. if it gets taken down over time, I'll re upload it. Oh, and you should download it too as I added your CBB logo in there with everything else.

thank you, CI. I love the CBB logo. Took us quite some time to get there.
S

I think this is what I am looking for...how is it coming?

I'm just finishing my next fan edit and was wondering if anyone knows of any websites that have dvd movie covers. I usually check was been done before, especially from other countries. It helps with the details.

http://www.generetic.org/forum.html
they are huge!!! But you need to be an active and sponsoring member if you want in. 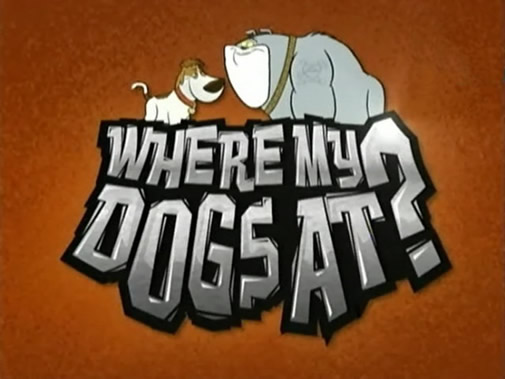 The show revolves around Buddy, a beagle separated from his 10-year-old owner Jeffy in Elizabeth,
New Jersey, and Woof, a large bulldog (to whom Buddy refers as obsessed) who runs away from his owner.
Both canines try to survive in the streets of Hollywood and avoid conflict with the Dog Catcher.
The show bombards celebrity stardom in various ways; for example, many of the characters based on real
celebrities have other voice actors impersonating their voices (such as Steve-O from Jackass and Wildboyz,
who appeared in the third episode). The animation for the show was produced at Six Point Harness.