We get to see what Bill got up after he became corrupted by the park, we learn Delores has been outside of the park before on social functions, we meet James Delos, and in the present Bill teams with Lawrence once again. I sometimes wonder what the point of younger William is when we know how he turns out and that there's no redemption for him in this phase of life, but eh, it informs us of the mistake/weapon

In just the past few months I started watching this show.  Finished S1, now about four ep into S2.  I really liked S1.  Not sure about this season, it's a bit hard to follow, honestly.  But I think I still dig it.

S1 is amazemaze. S2 is good stuff, despite dragging in the middle.

I loved season one but didn't get past episode 1 of season 2. Wife lost interest. I might try again soon, solo.

Season two is largely a filler season. Not a whole lot happens and it takes four episodes for anything to progress

I don't see it as filler. It's more stand alone stories with an overall arc.

TVs Frink said:
In just the past few months I started watching this show.  Finished S1, now about four ep into S2.  I really liked S1.  Not sure about this season, it's a bit hard to follow, honestly.  But I think I still dig it.
Click to expand...

Pretty good.  Confusing as hell sometimes though.  Probably doesn't help when I watch 30 minutes and then don't come back to the second half of the episode for a week.  Regardless, it's hard to keep track sometimes...who is a robot, who isn't, who wasn't but now is, where in the timeline things are, etc. etc. 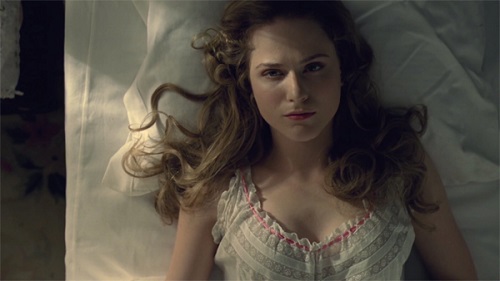 Just finished S1 and rather liked it, though I agree with Boon and this AV Club reviewer that it was frustratingly slow in spots. I don't yet know how doing so would affect S2, but I could see a particular enterprising fan editor crafting a slimmer, quicker S1 that would reduce some of the repetitious speechifying and wandering side stories, albeit not to such an extent that the motif of predestined loops and decades of stasis would be lost. (Some of the endless William/Logan bickering could definitely use a trim, as could the Man in Black repeatedly explaining to just about every host he meets they're trapped in a cycle beyond their control.) Finally, it might be cool to mix glimpses of Western movie footage here and there before hosts wake up, to suggest that part of their programming/cultural conditioning includes media they now interpret as dreams.

Not only written but directed by Michael Crichton, Westworld is an impressively forward-thinking movie, one that features cinema's first 3D effect, and almost invents the whole concept of computer viruses. It also features a near-unstoppable robot bogeyman over a decade before any T-800s arrived in Los Angeles, or even before Michael Meyers stalked any babysitters. (And hey, there's Star Trek's Starfleet computer voice Majel Barrett playing a robot madam!)

What Crichton didn't seem to predict, however, was the core idea of the series: that rooting for the beleaguered, brutalized robots would be more fun than cheering on the rick pricks whose idea of a great vacation is to dominate them. In a crucial mistake, the main antagonist, known only as The Gunslinger (Yul Brenner), is introduced all but picking a fight with one of our two human viewpoint characters. Its subsequent relentless pursuit of the men would be much more compelling if the audience had any dramatic reason for its wrath.

What's more, despite running under an hour and a half, the movie drags. I don't mind the brief scenes of technicians overseeing the park's operations - indeed, that's a lot of the movie's charm - but the two men exploring the town, in kinda-similar fashion to Logan and William from S1 of the show, isn't that interesting. And the detail that the robots are considerably cooler than humans (temperature-wise) is unwelcome: I can't imagine a bashful guy enjoying getting freaky with a chilly gynoid; not at first, anyhow. (That's a kinky interest, at best.) In other words: there's fan editing potential here.

All in all, the flick is worth a watch for sci-fi fans to better appreciate cinematic history, and for fans of the HBO series to see where it all began. But, while not terrible, I can't say the movie quite works as a dramatic piece, especially with its non-ending. Grade: B- 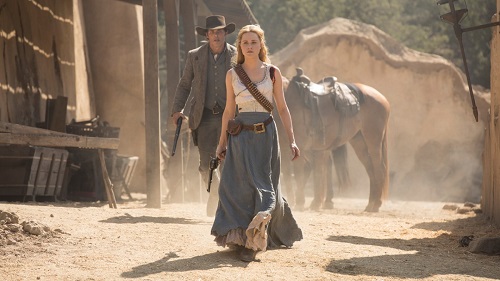 Due to the raised stakes of human deaths, I mostly enjoyed S2 more than S1. However, the last two episodes were a letdown, due mainly to two factors:

- Even after spending tons of screen time with him across two time points and two seasons, the show has given us no actual insight into William's "secret darkness" only his wife and daughter can see. Just what makes him so loathsome and vile? Sure, he's a total prick to the hosts, but that's hardly unusual. And just what was the game that Ford told him was made for him this time? To see if he'd recognize his own daughter? If so, that wasn't at all clear.

- The season finale, for all the hype of mysteries and payoffs, mainly boiled down to people shooting at each other in mostly predictable ways. Even for those who guessed/heard the Man in Black was William back in S1, the reveal packed a dramatic punch when told from Dolores' perspective. All we really got here was a "happy Matrix" sort of thing, which Bernard (and indeed the show) seems to champion as a happy endpoint, even though it's a computer program Delos will most likely happily terminate the moment they learn about it, which, given all the tumult, is likely to be fairly soon. The fact that William appears to be the only major human character still alive doesn't inspire too much confidence...

All in all, Dolores' journey from kind helper to psychotic anti-humanity zealot feels like a retread of the AIDA arc from Agents of SHIELD's third season, and, so far, while Westworld has many other strengths, I'm thinking AoS' take was stronger. 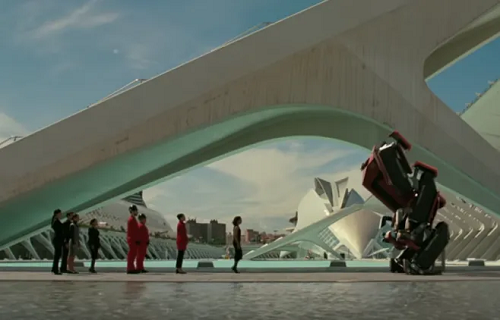 My take on Westworld S3 closely tracks that of The AV Club's Zack Handlen: it starts strong, but trips, falls, and stumbles across the finish line. There are two main problems: one, the threat of Rehoboam's "world without choice" is never quite clear, and is too silly to really take seriously. (What, are there no poor people outside its reach? Where are all the poor people, anyway? Do nations not compete against each other anymore, or can it account for that, too? Has climate change been solved?)

Two, the reveal that Caleb is practically a host himself, thanks to brainwashing, and was specifically chosen by his secret prior acquaintance Dolores to be a leader for humanity, completely robs him of the unknown-quantity factor that first made him interesting. (And what if he'd been shot in the head during one of their many battles? What would all Dolores' grand plans have amounted to then?) Annoyingly, Rehoboam ends up falling for the oldest trick in the book, the same invasive virus ploy from Independence Day and Star Trek: Voyager's "Endgame." (When you find yourself paying homage to blooming Voyager...) Finally, about those awesome mechs teased throughout the season: only one of them shows up in the finale to... stand still and lob some tear gas? Talk about a Chekov's fail.

The season certainly looks amazing throughout - or almost throughout, with the final two episodes taking place in generic abandoned warehouses, streets, and dark offices. In a year that saw lots of ethnicity-based international protests, the very vaguely anti-establishment demonstrators (shades of the other Nolan brother's TDKR) not only fail to feel contemporary, there's an ugly cynical strain in the idea they can be reliably and easily controlled with electronic cash deposits. The actors are giving it their all, and I'm still interested in seeing what Bernard and Stubbs do next, but, as awesome as Thandie Newton is, as well as Evan Rachel Wood, I'm about done with her/their vaguely motivated, poorly defined revolutionary spirit. And that goes doubly for Caleb.

Worth reading: a piece on several 2020 sci-fi shows by Entertainment Weekly's Darren Franich. A choice excerpt:

I get it: We are all scared of phones, and bots, and the Algorithm. Yet by demonizing technology, these projects oddly exonerate the people behind that technology. CEOs with tragic origin stories in Westworld or Devs are puppets for machines they can't control. Higher-tech powers in Brave New World and "You May Also Like" control whole civilizations comprised of unaware humans.

I'm reminded of how people in Silicon Valley have lately become fixated on dark prophecies about the singularity, the moment when A.I. will evolve beyond humanity. Those concerns always sound handwashy to me, a way for unbelievably powerful rich people to worry about something cool when they could be worrying about income inequality, social-media-enabled totalitarianism, or all the other problems their industry's success directly propagates. Consider A.I. skeptic Elon Musk, who recently complained loudly about coronavirus stay-at-home orders. His Fremont, Calif., Tesla plant reopened — and employees started testing positive for COVID-19. Wouldn't evil A.I. be smart enough to listen to Dr. Fauci?
Click to expand...

The most hopeful thing I can say for the greenlit fourth season is that it almost certainly can't repeat the same "trapped in a preordained cycle" motif of these first three seasons - but, then, it didn't initially seem as though either the second or third seasons would have done so, and they did. There was certainly enough incredible technical filmmaking and top-notch acting to make the show up 'til now worthwhile, but it's time for a new vision, as this season's halved ratings (even with a global pandemic keeping everyone at home) attest.