My first Amazing Spider-Man fanedit has been disapproved due to the poor looking "Help Me" scene. There is a problem with my Amazing Spider-Man Blu-Ray where I can't rip the "Help Me" scene, but since I own the source, I thought there would be no problem and I downloaded that scene and that is why it looks poor. I understand now that I should have bought a new Blu-Ray of the same film to fix this problem.

Reave, the person who reviewed it, was not (and possibly won't be) able to review the second one due to some very complicated issues. I will re-submit my Amazing Spider-Man 2 fanedit, find a new reviewer and hopefully get it approved. Until my Iron Man 2, The Desolation of Smaug, The Battle of the Five Armies and The Fellowship of the Ring fanedits (which are all In-The-Works) and also most recently my ready-for-submitting Amazing Spider-Man 2 fanedit are all approved (because I want to finish them and have more space in my computer before moving on), I will not re-buy the Amazing Spider-Man 1 Blu-Ray, rip it and re-edit it yet. But I will still definitely do it at some point.

Hey, you should add this scene from Chronicle, for ASM 2.

[MENTION=9578]Neglify[/MENTION] it's a very cool scene but Harry doesn't have telekinetic abilities so...

I've moved this back to in-the-works.

Masirimso17 said:
Neglify it's a very cool scene but Harry doesn't have telekinetic abilities so...
Click to expand...

Moved to "inactive" at request of editor.

Alright, this edit is back in-the-works. I bought another copy of the Blu-Ray, ripped the film plus all deleted scenes in full 1080p HD quality, and I'm currently working on it on Premiere Pro. Once I'm done, I will re-submit it to the academy for review (because as far as I understand once the edit is submitted it must to go through the review process, despite the fact that the editor is approved or not).

Are you going to do that change that I talked about before?


The deleted scene of Peter and Connors in the bathroom, instead of zooming the shot to get rid of his green glove, make clever cuts to hide it without loss of picture quality.
I think it's an easy thing to edit, as I showed you with my sample clip it can be done. But, if you're using proper quality footage for the deleted scene now, hopefully it won't look as bad when you zoom.

Neglify said:
Are you going to do that change that I talked about before?
Click to expand...

Yes, I will try my best to fix this issue. If I can't, then I will have to either get an effects expert and get rid of the arm, or at worst, zoom.

However, it won't look as bad as it was the first time if I do zoom, because as I said, I bought another copy of The Amazing Spider-Man and it is not damaged and I was able to rip that part from the Blu-Ray, unlike my previous copy.

Two new clips for you guys:


So what do you guys think?


So what do you guys think?
Click to expand...

Thread reopened at request of the editor.

Never could get around making the fanedits I wanted, could I? And this one's no exception. Either circumstances prevented me from edited, or I simply felt lazy/didn't feel like doing it. For something I very much enjoy doing, when it comes to starting on it, I just don't feel like it. And it's not just editing, but everything in my life (but that's another story).

However, I found a Blu-Ray version of this edit I've done before and burned to a BR that's actually near perfect. I had finished this a while ago but (I thought) I rendered it at 25fps, making it look bad, and I had lost the project files so I had to do them all over again. Well, I found the BR I lost, and learned that the video actually 24 fps! So I have a perfectly viable release for ASM: EE ready to go!

@"reave" was going to review it but I've done this version after I released my Amazing Spider-Man 2 edit and The Hobbit: Fire & Water. I am planning on making a new version too. I sent a PM to him about what to do. Nevertheless, expect a new extended cut of Amazing Spider-Man from me soon.

After quite a long time, I'm finally happy with the cover for this edit: 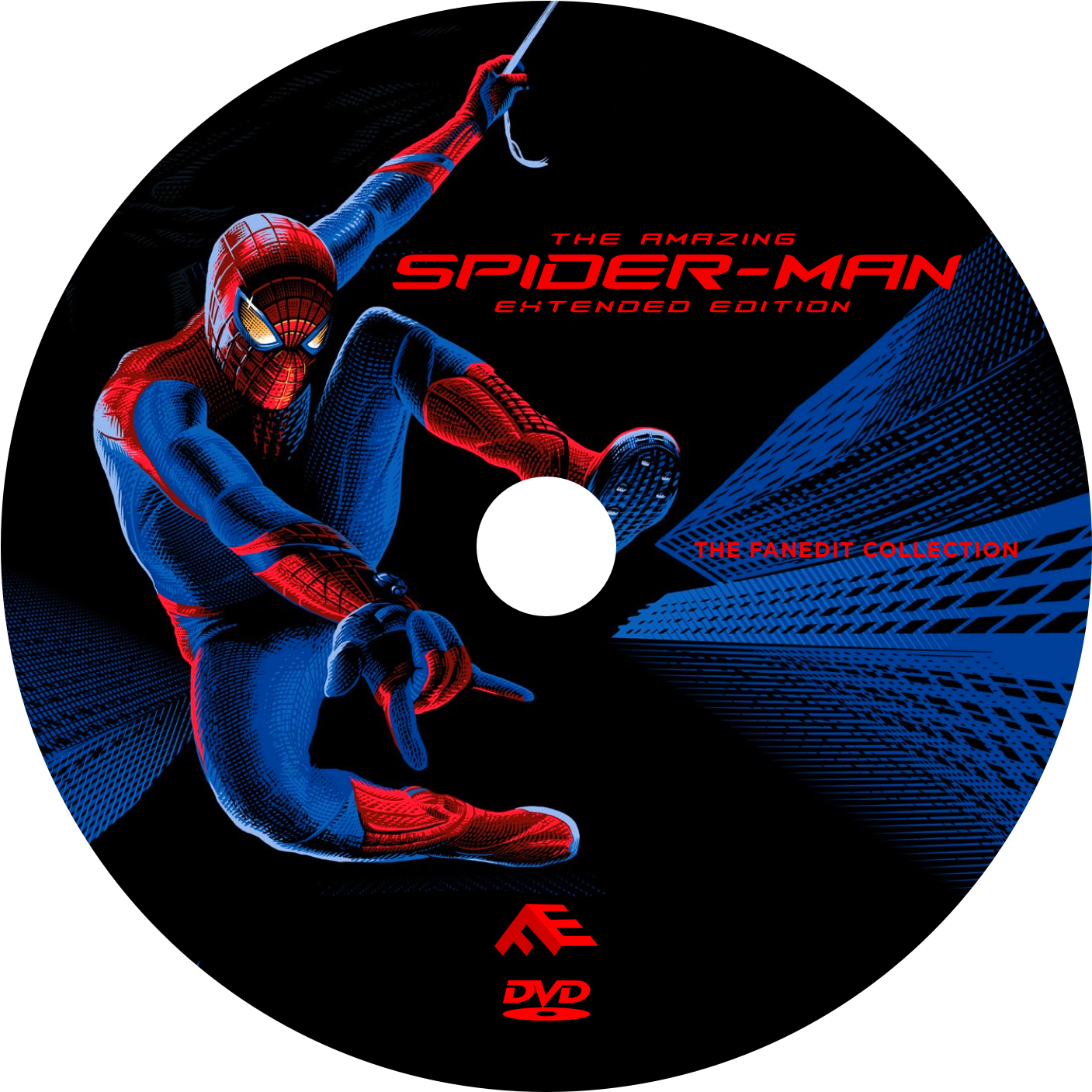 Thank you so much @"theryaney". Amazing Spider-Man: Extended Edition coming at the start of February!

I personally own the Spider-Man Legacy Collection on Blu-ray, and I honestly can't wait for this fanedit! ^^