kickstarter, netflix and amazon have been mentioned by fans as to what Lynch should do if this doesnt get resolved.
just gonna be big let down if fans waited 25 years,
then got all excited when this was announced, only to be let down a year later.

Threads merged. Please stop making threads every time you read a piece of news on the internet.

ok i wasnt aware that there was another thread already, i made a mistake.

jswert123456 said:
ok i completely forgot that i made the same exact thread already, i made a mistake.
Click to expand... 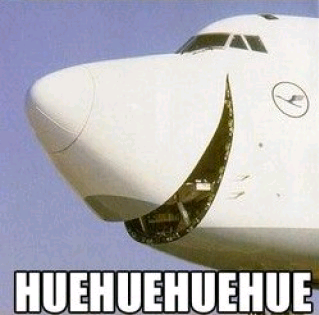 For me the characters are far more important than Lynch for this project. Get Agent Coop out of the Lodge and I'm okay with whatever else happens. That may be just me though.

I've mentioned this elsewhere: Showtime owns the rights to the third season and the nine episodes therefore, unless they hand over the rights, another distributor is unlikely. As for crowd sourcing that won't happen either. I guarantee you Lynch is looking for at least $1 million an episode, but I'm willing to bet it's more... probably in the $20-$30 million range.

I'm in the camp that believes Lynch is just making negotiations very public because he wants to get the show on the road. The president of Showtime even said he's trying to salvage the deal because he knows that a lot of Twin Peaks success will hinge on Lynch's involvement.

Lynch will do it and Showtime will cave. That's my prediction.
M

As something of an ignorant observer, I do again express my hope that this all works out for the fans and Lynch gets back on board. But if he doesn't? A part of me is hoping this all gets retooled into a Deadly Premonition miniseries.

Well, the episodes are written by Lynch/Frost, right?

HAVE NO FEAR, DAVID LYNCH IS STILL DOING TWIN PEAKS.

Not only that, it'll be "more than 9 episodes" and he'll direct the whole run.

just saw this on the web.
hopefully this will finally be it.

I have a good feeling about this, and I never really believed the deal would stay dead once Lynch and Frost's scripts were done (which they allegedly have been for a few months). It's easy to kill a project early on, but Twin Peaks is a valuable property and too much is at stake to relegate it to development hell at this late stage.

Showtime dropped the ball when they announced the production last Autumn without an agreed-upon budget firmly in place, and they pretty much handed David Lynch the Artist vs. Suits trump card on a silver platter, exactly the kind of the situation Showtime - in their effort to be both premium and creator-friendly, post-Dexter - should have taken great precautions to avoid. If Showtime wants to stay relevant, they can't afford to lose this. Frost and Lynch, on the other hand, can.

I'm pretty sure Lynch used this very well to his advantage (although we don't know the details), and squeezed a better shooting budget out of the deal. Although, looking over the statements, it's also tempting to speculate that the issue may have been a question of running times. Maybe Lynch and Frost's final scripts turned out to be too long, and that a new deal had to be struck to account for extra (and/or longer) episodes? It seems reasonable to me, especially if it is meant to be a conclusion to the series. Writing conclusions is notoriously difficult, and Lost's final season became almost two episodes longer than it was supposed to be.

Anyway, I'm really happy about this!

But in the end Lynch & Frost and the fans won.
Ive heard there may possibly be more than just the already mentioned 9 episodes.
But this is all still speculation.

Rewatch engaged! It'll be the first time for my wife and oldest kid.

I'm going to wait a bit and time it so I watch an episode a night followed by FWWM the night before the premiere, then I will watch all four hours of TP season 3 they will release on May 21. Very excited!