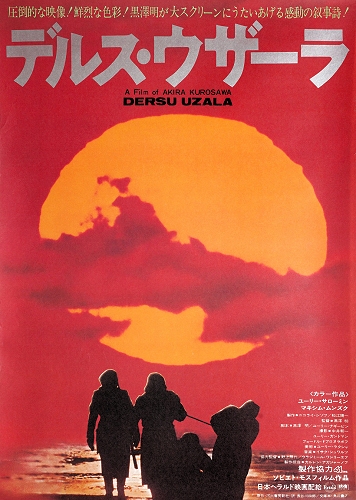 I believe this was Akira Kurosawa's only Soviet film, only non-Japanese-language film and his only one shot in 70mm. It's a David Lean-esque Epic about the real life friendship between Russian explorer Captain Vladimir Arsenyev and Dersu Uzala his nomadic guide in the wilderness. Like some other Soviet era films I've seen, it's not the best transfer, flickery, faded and soft, which is a real shame given the vast 70mm landscapes shots. I hope somebody does a proper 4-8K restoration at some point. 'Dersu Uzala' has 'Dances with Wolves' type themes about respect for nature, respect for the knowledge of native peoples and a deep sadness at it's passing. It's also a thoroughly adsorbing "Boys' Own" adventure. Isaak Shvarts' flute score is quite lovely. I was already thinking that Maxim Munzuk's performance as the little but formidable and wise Dersu reminded me of Yoda (something about the thoughtful sighing), when I later read that George Lucas has claimed he was a key inspiration (if GL can be believed about anything). 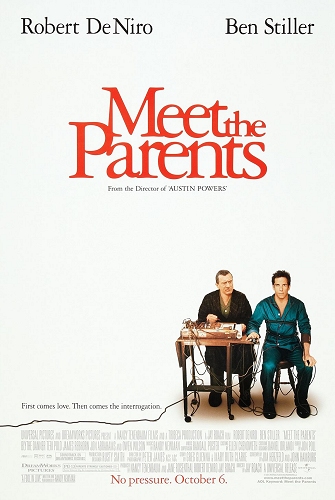 Films like 'Meet the Parents' aren't really my taste in humour but I still had fun with it in 2000 and enjoyed it again today. Ben Stiller makes a very endearing protagonist because it's only us the audience that share his nightmare, seeing every attempt he makes to be liked, result in him being disliked. The film-makers seem to think that the "Gaylord Focker" thing is the funniest joke ever written (because it's repeated about 600 times) but it's not funny once. It's the character moments, the awkward silences and the observations on family life that land. I thought there was a minor problem in the way the girlfriend is portrayed. In an effort to cram in more gags they have her sabotage Stiller as well, to the point where she comes off as a bit ignorant and like she's being mean on purpose. Plot wise, I felt the film dramatically needed to have her go after him at the end, apologise and even propose to Stiller... but having Robert De Niro do it instead was deployed for another chance for comedy. Also the real villain of the piece, the younger brother isn't punished, I wanted to see the smirk wiped off his lying face. I have no idea why 'Meet the Parents' is included in the '1001 Movies You Must See Before You Die' book/list but it's an agreeable way to spend an hour or two. 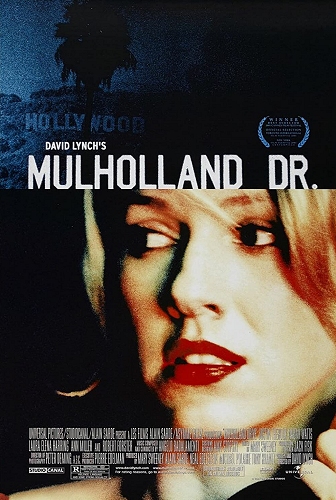 I assume the stylisation of the title of 'Mulholland Dr.' is meant to recall Billy Wilder's 1950 L.A. Noir 'Sunset Blvd'. I also got an Alfred Hitchcock vibe but that might have just been down to Naomi Watts being dressed up like Tippi Hedren, with a tightly tailored suit and bleach blonde hair. David Lynch's film feels of-a-piece with 1997's 'Lost Highway' but with a touch more old Hollywood glamour. I prefer this to that movie but not a lot more. The comparison between the rehearsal of a scripted scene and then it's performance was incredible. Watts made the same words seem like empty flim-flam, then she made them sound like the greatest, most passionate words ever written. That's acting! 'Mulholland Dr.' is worth seeing just for that section. The main amnesia plot is frequently interrupted by blacky comic vignettes but I actually preferred them to the main mystery. 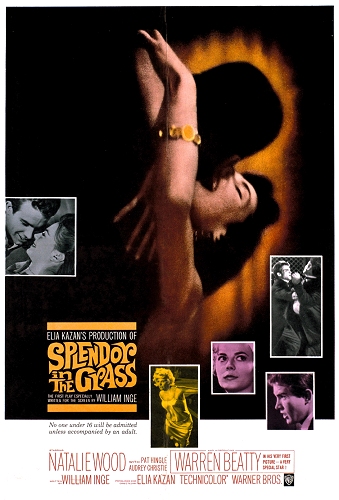 I teetered between finding 'Splendor in the Grass' boldly ahead of it's time and unflinching for 1961, or dated, obviously beholden to the censors and morally retrograde for 2021 (plus a hint of segregation racism that I'd thought was long gone in Hollywood by the 60s). Set pre/post the 1929 Wall Street crash, it's a story about a past era, told by film-makers from another past era. It tackles formerly taboo subjects like sex, mental illness, suicide, abortion and date rape but discusses them in such an old-fashioned, prudish, or sometimes offensively wrong-headed way. The tone is quite melodramatic too. Of the two leads, Warren Beatty (in his first role) seems to be doing a pale imitation of James Dean (thankfully he'd find his own voice a few years later) but Natalie Wood (who had starred with the real Dean) is excellent, displaying a huge range. Pat Hingle is the standout playing Beatty's overbearing father, with a voice like a wild dog's bark. 'Splendor in the Grass' isn't a bad film but it hasn't stood the test of time in my opinion.