I've had an edition of the ever popular '1001 Movies To See Before You Die' for the last decade. This edition specifically... 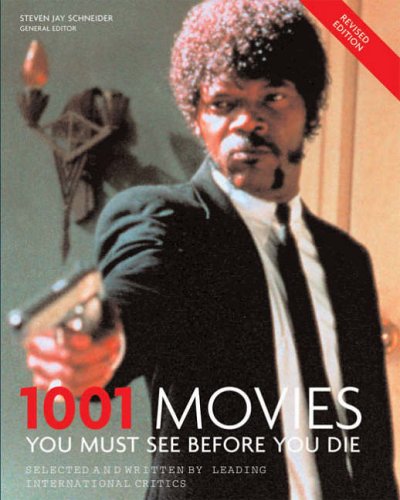 I've ticked off movies as I've seen them and it's helped point me towards some great stuff but I've only seen just over 300 of them. So I've decided to work my way through chronologically, in an effort to challenge myself to see all the many obscure ones that I've skipped over. It'll also be interesting to see how film techniques we take for granted emerged over the last century.

This might be a pretty tough challenge as many of these movies are possibly not easily available. But in the last few years a lot of early silent movies have been lovingly restored, so it's easier than it was . 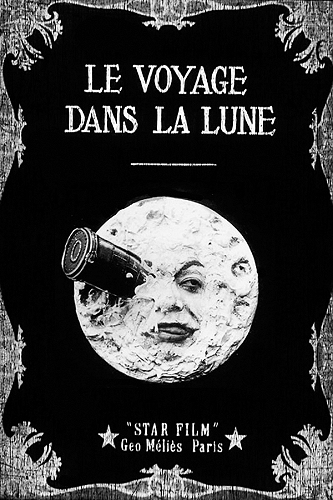 I'd seen many pieces of it before, mostly in Scorsese's 'Hugo' but never watched the whole thing. I found a nice HD version of the restored colour cut on YouTube...


...with a fantastic soundtrack provided by Air.

The VisFX are still impressive and really are like magic tricks. Many techniques are invented here and still used today. However, sometimes it was frustrating to watch as things like POV shots, closeups, zooms etc aren't there. This is all locked-off wide shots, so it's like watching an elaborate stage show. Except with a stage show you have the benefit of sound and voice to help you understand where to look. Not here, stuff just happens and if you aren't looking at the right part of the frame, tough you missed it and you missed that part of the story. It'll be interesting to see this side of film craft develop in "future" movies.

^ That's a great film. I like that it is like watching a stage show. I'm not really a fan of the audio in the version you posted.

ThrowgnCpr said:
I'm not really a fan of the audio in the version you posted.
Click to expand...

What would you recommend?

Look like we got a new Frantic Canadian in the house!

TM2YC said:
What would you recommend?
Click to expand...

Though the film was "silent" it was typically shown with a narrator and live music. Anything period appropriate would be fitting. The audio track in the version you posted is strangely contemporary. The video is beautiful, but with the newer score, the whole thing feels off.

Here on some notes on the music that MÃ©liÃ¨s had commissioned not long after release:

I can't seem to find a version with that offhand, but this seems a bit better:

^ I like that. It's almost got a John Williams feel which is good for Sci-Fi. 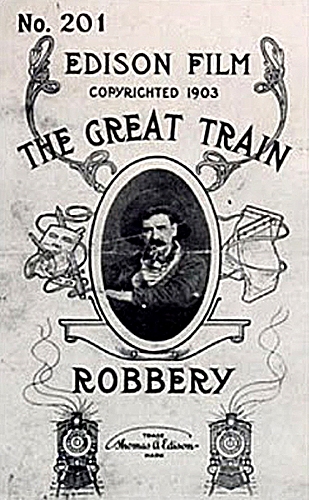 
This feels quite close to a modern documentary, or like a staged news-reel. The composition of shots and mostly realistic acting gives it an authenticity. The location scenes still look great, although the set bound stuff looks pretty fake (No more so than some recent CGI blockbusters though :-D). It is also surprisingly violent (In pre-code days, perhaps not so surprising) with people being koshed and shot, heads being mashed in with rocks and innocent bystanders being shot in the back. It ends with an iconic closeup of a gunmen firing out at the audience, which must be an early example of the "jump scare".

I'm going to watch 2001 movies in chronological order. Should only take about 4.5 hours.

TV's Frink said:
I'm going to watch 2001 movies in chronological order. Should only take about 4.5 hours.
Click to expand...


Started watching 'Birth of a Nation'. A 3-hour rascist silent epic... this should be "interesting".

Exactly, now there are two of them. I asumed you you'd be watching this one... 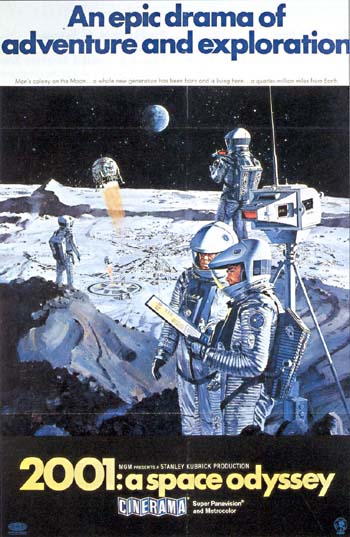 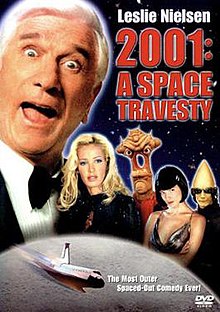 TM2YC said:
now there are two of them.
Click to expand... 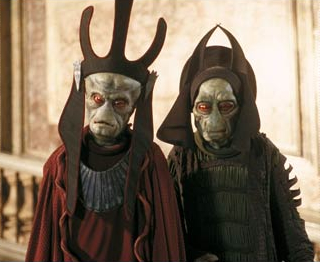 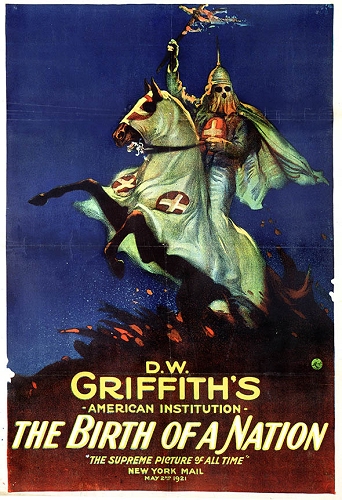 
I've finished/endured all 3 hours of this movie :dodgy: . Obviously going into it, I knew it made the KKK out to be heroes but I was expecting that to be just one unfortunate element of a wider story. But no, this is full-on vile racism almost from start to finish, in every scene (I say almost, as there is one atypical 30minute patch where racist stuff isn't brought up and I actually enjoyed myself). Apart from two "loyal" servants, all the black characters are portrayed as evil, corrupt, degenerate, bestial monsters and rapists. Watching it feels like having your soul sickened and polluted. One positive to take away, is that it makes you think the world isn't so bad these days, because 100 years later, films like this aren't blockbusters anymore.

That aside (Which isn't easy to lay to one side), this is an influential technical tour de force clearly. The battle scenes are thrilling and impressively filmed (Even some FX shots in there). The score by Joseph Carl Breil is really wonderful and almost carries the story on it's own. The film looks great and made me think that films have actually got worse looking over the last century (Or the last decade at least). Many parts pointed to the influence the direction has had e.g. The Klan Knights chasing around on horseback were shot just like the Ringwraiths in the Arwen chase in FOTR. The finale was clearly parodied in 'Duck Soup', which I hadn't realised before (I just thought it was funny anyway).

The love subplot is beautifully told which made it even more annoying that the hero you've been rooting for for the first 2 hours, turns out to be the guy who founds the KKK! His fiance dumps him when she finds out he's a racist. But by the end of the movie she forgives him and actually agrees with him, with the final moral of the film being "Don't trust black people because they'll only rape and kill you"... f**k this f**king movie!

I actually had to sit down and re-watch Spielberg's 'Lincoln' (Which roughly covers the same time period and depicts some of the same people) afterwards as a way to filmically cleanse my mind.

Next up is 7-hour silent French Vampire movie. It can only be better.

They're not on the list but Winsor McCay's cartoons are pretty amazing for the time. You can find his shorts on YouTube from 1911 onward. The pacing is slow but they usually had music or narration or both for the audio. Check out The Pet from 1921 which is an early Godzilla tale

and The Centaurs from 1921 which was pretty much ripped off by Disney for Fantasia.

Well I really dropped the ball on this "project" last year when I ran up against this daunting task...


TM2YC said:
Next up is 7-hour silent French Vampire movie
Click to expand...

Okay deep breath, it's 10 episodes, so at least one episode a day and I can get through this in a week or so :-D... oh and it turns out it's not actually about Vampires.... it's just called "The Vampires". Then I can get onto the famous stuff I want to watch like 'Intolerance', 'Broken Blossoms' and 'The Cabinet of Dr. Caligari'.

You might think about putting up a list.
Otherwise people will make weird ass suggestions,
such as La Maison du MystÃ¨re from 1923.
6+ hours! Great after Les Vampires.

is this a frantic canadian thread?

seriously, it's neat hearing about movies i've never heard about and/or don't think i can stomach, e.g., birth of a nation. thanks for the write-ups, tm2yc.

Sure, why not (Pasted into the OP... I'm just assuming it's accurate) but I don't mind suggestions.


ssj said:
thanks for the write-ups, tm2yc.
Click to expand...

It only took me a year to finish watching all 7-hours of this... 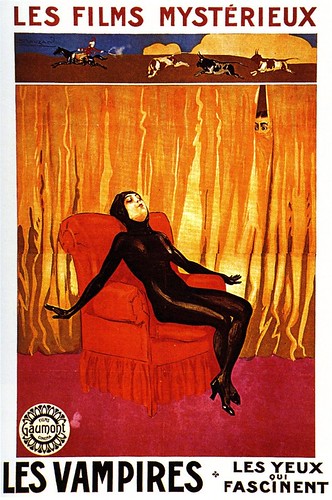 This is basically an early mini-series/soap-opera across ten "episodes" of varying length. It's not about Nosferatu but a gang of black "Lycra" wearing murderous thieves that go by the name "The Vampires". The main villain-ess being the evil 'Irma Vep' (You'll never guess what that's an anagram of!) and the hero is the plucky reporter Philipe Guérande, who is a bit Tintin-esque but rather more bland.

Philipe's sometime comedy sidekick Mazamette was the real star for me. He's constanly breaking the fourth wall and winking at us the audience and mucking about. His big-nosed rubber-faced cheekiness is made for comedy. He made the whole thing much more bearable. 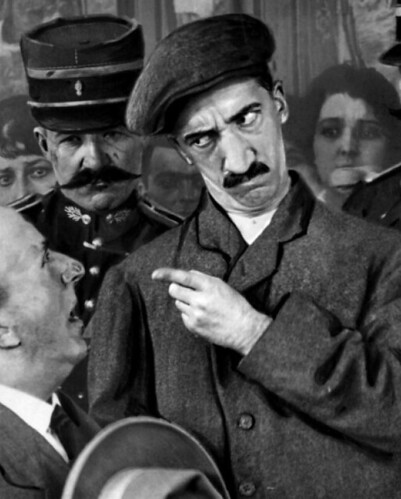 The galcial slowness of the pacing tested my patinece throughout. It's a shame as there is some great crime-caper stuff in there. A faneditor could have a field day with this material. The score I listened to was by the 'Mont Alto Motion Picture Orchestra' and was a delight at first but it soon gets repetitive and after 7-hours it positively grates.