In 2015 i had the idea to make a edit of Rob Zombie's Halloween and the one of John Carpenter.
I decided to do the Zombie cut first, because Lost Survivor was already busy with the Carpenter cut
I cut two movies into one "Halloween The Devil's eyes"
I cut this like a "Friday the 13th" edit, just a "slash and stalk"cut
For me the movies of Zombie where great but of course it has not that level of Carpenter's Halloween
I remember when i saw the movie the first time back in 1979 and that camera movement
really put the hook in me.
Fantastic in every way.
But now the ideas for this one hour cut.
There is a alternative opening and from that point Meyers is walking in the kitchen of his house.
His sister is busy with her boyfriend upstairs and in the original that fuck is about 10 - 15 seconds, well, when i saw that the first time i thought man, this guy is a fucking rabbit but of course it is not in this cut.
In this edit the boy is already upstairs when Meyers enters the house.
I think that is more believable, also the scene that is father pulls of his mask after the killing of poor Judith his parents stands there and do nothing is not gonna work for me.
I have this all on paper and i must work it out but when this segment is ready i give you
the most important cuts.


Well, there is not much i can say of this cut, it was fantastic back in the time when i
saw this first and it still is
Also with this one i give you the most important cuts when it's ready

I try to do a chapter mark between the first and the second cut but i did some tests with a MP4 file and it
works only on my pc, NOT on my streamer so if it's not work on your screen make a dvd of it.
With convert x to dvd you have chapters around the 5 minutes.

I start to work on this today, the release is around the beginning of March so until the next update 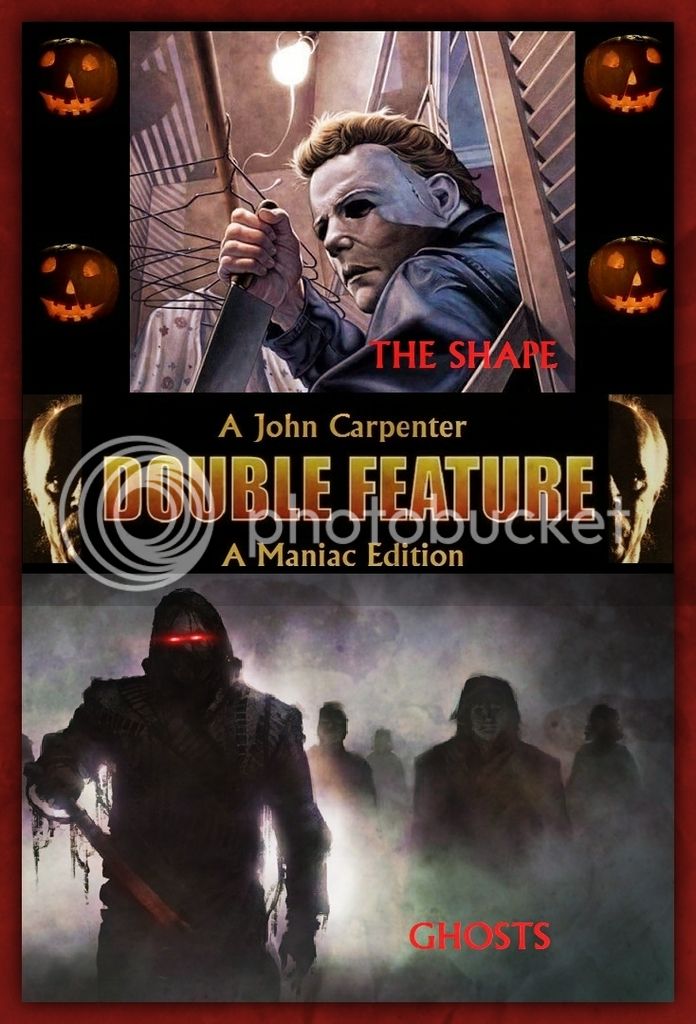 Opening scene is trimmed, scenes with original credits in it are cut
Some little trims in dialogue of John Houseman
Of course i do that also in not important dialogue of other scenes in the whole movie
Barbeau in the jeep driving to the tower is cut
Some scenes with Curtis and Atkins are cut
Also with Janet Leigh and Nancy Loomis

Until the next update

I put together a rough cut of Halloween (The Shape) of approx 61 minutes.


The Cuts and Changes


Alternative opening
The pumpkin is now on the right site with new credits
When Meyers kills his sister i made one trim (The moment he looked at the knife)
Cutting in dialogue between Loomis and the Nurse
Meyers at the school by Laurie and Tommy is cut
Some scenes are recut
Phone conversations of Annie with Paul and stuck in the window is not in this cut
She only mentioned it to Laurie
The Killing of Annie is faster, way faster in this cut
There are some scenes cut between Loomis and the sheriff
Linda fucks with her boyfriend is trimmed
The ending in this cut is how it should have ended
I mean: This cut has a end so no follow ups as Halloween II


Back in the time when i saw Halloween II it was great to have a sequel finally on Halloween
Years later i saw how bad it really was, Curtis in a deserted Hospital, The actor who plays Meyers is bigger with a different mask, and so on
The music was great but the film was far beyond the level of the original
So i made a permanent end in this edit


When it's ready well, you hear about it
T

I just finished watching Siege & Snake (reviewed) and your work continues to impress. I'm looking forward to seeing what you did with another pair of wonderful Carpenter flicks I've adored for years! Thanks for your efforts.

Thanks for the reviews man.
Great that you liked it;-)
T

NP, I'm greatly enjoying your work. Thank you so much for doing this!

This second Carpenter DF is coming to an end.
I spend yesterday 5 hours only for the beginning of "The Shape".
And that was only for that Pumpkin scene (credits and music and scenes before) because i wanna use that in this edit
Jesus, 5 hours only for some 6 minutes footage, i must be crazy.:-o


I saw afterwards a workprint on my screen and what i had in mind works well
The only thing is that Strode is the other sister of Meyers so i thought that the story was not complete
because what is the reason why he stalks Curtis in this movie?


But then i remember that it was written for Halloween II, in the original he was just on a rampage to kill
So when you see this cut see it as the original storyline


Well, this edit is for the beginning of March, after this edit i work on my Hostel cut
and after that the last of the Carpenter trilogy The Thing and Christine


Well, not really the last one but i release this as a trilogy double feature


There are some plans later this year to do something with Mouth of Madness, Prince of Darkness, They live and The Ward

This edit is done
Because of the delay of Hills and Inferno to march i put this edit on February 26 on the IFDB
Well, i hope you like this cut just as the Siege and Snake cut.
The follow up is The Thing and Christine after my Hostel "Abducted" cut
T

Looking through your post history, I see a lot of these kinds of posts. Please refer to the rules. Specifically:

3. Posts should be constructive. If you post, please try and make it count. Posts consisting of nothing, but "That sounds great!" or "I am looking forward to this" or the likes, should be kept to a minimum.
Click to expand...

Okay, so I've watched a lot of maniac51's edits and they have all been very good. I love the idea of double features and this one should be great, I don't know what else to type but I will try and be more substantive on this forum. Was just trying to show support for an editor I really like.

Watched this one last night and it was a fantastic double feature. Full review to come when it gets released.

Thanks for the great reviews on Siege & Snake and Battle.

The reason i kept the voice over in Battle is of the radiator hose.
For as i can remember it begins with that scene when the hose snaps
He was warned about that in the beginning of the movie and my point was that he is cracking up in that scene.
So your wife has a very good "eye" on that because he is going nuts, so i think the voice over works in that scene.
But that is a personal meaning, what bothers me the most was that you see Spielberg on the backseat in some scenes (mirror) and as i can remember Spielberg was not hitchiking in the movie.
But again it was very nice to work on this edit and thanks again for the reviews.

Not a problem at all. I didn't really mind the voice-over, I just think that your edit moves so quickly that we immediately get that the problem is the hose. But hey, it's still very high marks from me.
T

Finally got to watch it, once again was completely blown away with the job that maniac51 did. I will be reviewing it in full soon. Thanks so much!

Thanks again for the great reviews.


Of course The Fog is not of that level as Halloween and the funny thing is that my first idea was to put The Fog
first in the DF
But Carpenter works first on Halloween and then The Fog so i dropped that idea
I think we have the same "problem" in the next DF because for me "The Thing" is the best Carpenter movie there is.
Christine comes after that and the way he filmed that was outstanding but The Thing and those effects was for me like i was hit by a bullit
The splitting dog, the norris monster, so masterful done by Rob Bottin.
The Thing edit must be a damn rollercoaster when i put my hands on it


Well, thanks again and keep up the nice reviews work!;-)
T

The Fog not being as great as Halloween is such a minuscule problem and didn't stop my enjoyment of it at all.

What editor do you use? As long as you put the chapter break there in your editor (and keep it if/when you re-encode) it should be there. Then again, I only worry about chapter breaks in the blu-ray versions I make. If you use Vegas, let me know and I'll experiment with it myself.

P.S. It's a subjective thing but in my opinion y'all are too hard on the Fog. It's beautifully shot and just about as good, in my opinion. And in Maniac's version, not slow at all!

I use adobe premiere pro and elements.
But that is not the point , when the edit is ready, i have a print of 18 -20 GB
I can put chapter marks with adobe but when i convert the whole edit to 4 or 5 GB with dvd fab , the program sees it as one file
So when the "Fab print" is done (because of the AC3 sound) then there is no chapter mark at all
Fab does only chapter marks if you wanna make a dvd of it but NOT with MP4

But no worries, i keep looking and maybe i put a video ts file with the mp4 for the dvd lovers if i can't find anything

Of course The Fog is great the visual style is fantastic and that my version is not slow well , you are right man i cut about 30 minutes of it