My edit of Apocalypse Now "The Horror" is released.
I you want to see the HD version of it (10GB) sent me a pm, because this version is not gonna be on faneditinfo 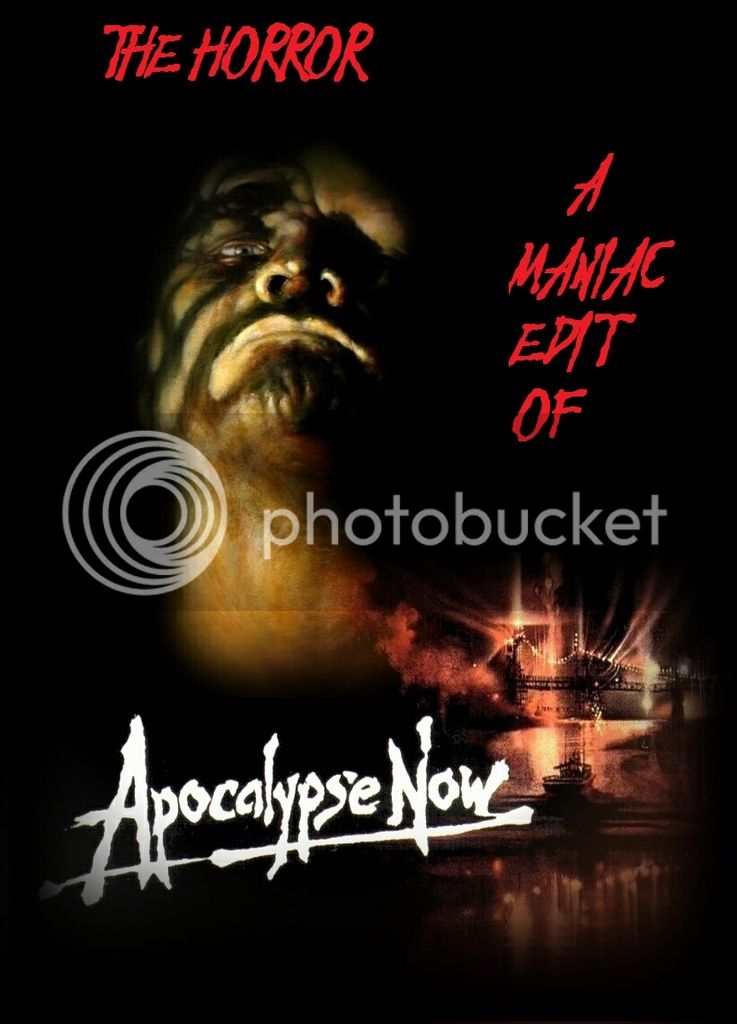 Thread moved to the Fix/Mix forum. The completed archive is for ITW threads.

Hmmm, something seems a little strange...... I clicked on a link on a thread for a edit called Book Of The Dead and it took me here. Same editor different edits!!:?

Yeah, I screwed that up. Nothing to see here.

I really enjoyed this edit, I'm just off to write a review. Great work, sir :rockon:


Edit: I'll have to write that once it's up on ifdb.

But, in short... ish, yeah I liked The Horror a lot. It's as if in a parallel universe the studio hated Coppola's cut of the film and took final cut away from him and re-edited it to be a much more straight down the line war movie. And it works very well in that kind of style. So I can happily add this to the 3 other versions (theatrical, redux and re-redux) that I can choose from depending on my mood. And to be perfectly honest, this version is one that I can see myself watching again quite a few times. It's very direct and to the point, it doesn't let up on the gas. It's very well done and, dare I say it with Apocalypse Now being one of my favourite movies, it injects some excitement back into a flick I've seen so many times I can do all the dialogue along with the actors. Good editing choices throughout and technically well done aswell. I'm very impressed

Thanks, the pleasure is all mine;-)

Quick simple cover I made for myself. Thought I'd share for everyone else. Feel free to use it if you like. 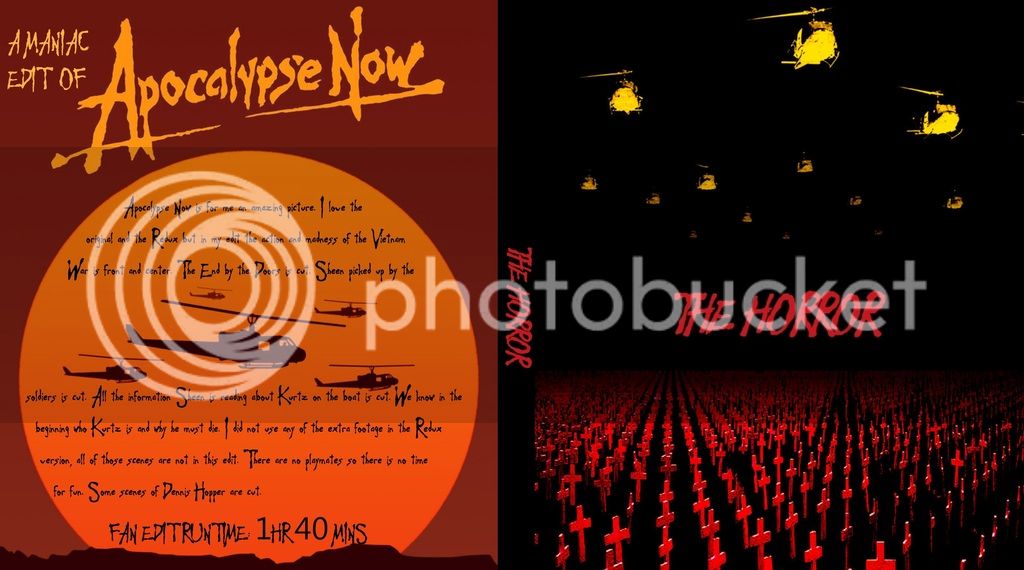 based on art by deviantart users Yugi5 and brain2damaged

Nice cover.
My compliments for the Tarantino cut of Natural Born Killers.
I'm curious about your Insidious recut

Thank you very much! The Insidious edit is done save for a new title card. Then I'll try to get a preview and it should be out within a couple weeks.

The Horror is just re-made and done.
This version has the same editing of course, only at the end some different music overdub
And this edit is with digital sound, and the last one of the remakes.;-)

maniac51 said:
And this edit is with digital sound
Click to expand...

Was everything else done with analog sound?

No, it was AAC stereo but al the remakes are done in AC3 It's sounds a little stronger but it's not 5.1
I wish i could keep the DTS sound but that is not possible so far as i know

maniac51 said:
I wish i could keep the DTS sound but that is not possible so far as i know
Click to expand...

I'm not sure of the specifics, but I'm pretty sure it is possible. Check the tech forum.

[MENTION=10512]geminigod[/MENTION] was all about DTS tracks on his fanedits. His guide kind of covers it, but he says


geminigod said:
DTS is a whole other ball of wax that I won't go into any further on this thread. For a first edit,I recommend not going there and just sticking with dolby digital.
Click to expand...