I’ve compiled a version of The Dark Knight with the IMAX sequences included (from the bonus disc of the “Ultimate Collector’s Edition” box set) replacing the screen-fit 1.78:1 compromise ratio. Said bonus disc does not include every IMAX shot, mostly isolated establishing shots, but I did have the major sequences to work with:
-Prologue (Bank Robbery)
-Hong Kong
-Armored Truck Chase
-Lamborghini Chase and Hospital Explosion
-Climactic Fight at the Prewitt Building
-Finale (“A Dark Knight”)

The current version was a simple insertion so it’s just a third variable aspect ratio on top of the two already present. Someday I might update it to a more “complete” presentation upscaling the full screen DVD. 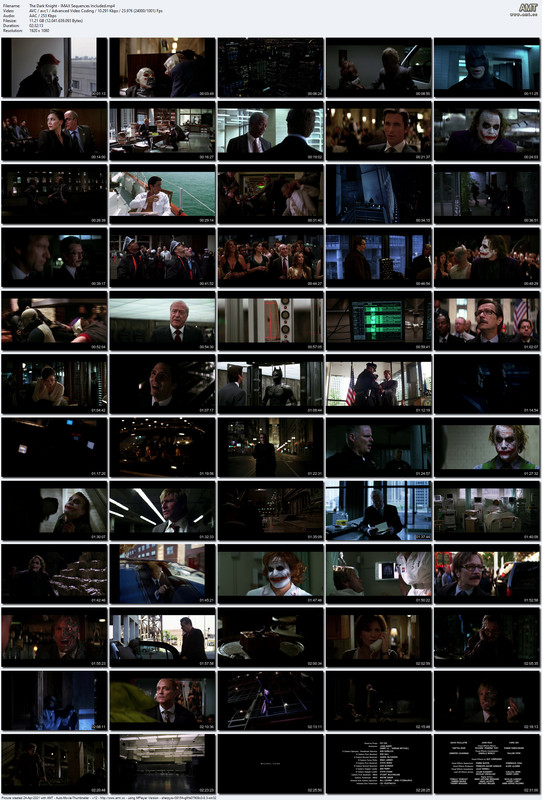