The Bride in Black (Insidious Chapter 2 Rescored with Goblin music)

I have begun work on a rescore (and light edit) of Insidious Chapter 2. This will go well with my recut and rescore of the first Insidious, The Man with Fire on his Face. In that one I used Disasterpeace's score from 'It Follows' and for this one I will be using a major inspiration for that score: GOBLIN! They have created so much great music and I thought it would be very fun to use Goblin tracks for this film. I'm using stuff from all over their catalog but probably most from Contamination and Buio Omega, just to give you an idea.

Basic cuts:
- Cut kids talking through cans
- Cut piano scare and baby on floor fake-out (obvious set-up)
- Cut conversation with Josh and Renai
- Cut Lorraine talking to Dalton (who's sleep-talking) and seeing woman in the white dress (it's repetitive and way too obvious when she finds Josh behind the door)
- Cut Dalton recounting the stuff with Josh (again, too obvious)
- Cut Lorraine telling Specs and Tucker about the night before. Specs and Tucker just found the video so they would logically invite Lorraine over there regardless
- Reordered scenes so Renai being fooled by the baby cries is intercut with Lorraine meeting with Specs and Tucker
- Cut Josh&#8217;s tooth falling out and him (Parker) talking to the Bride in Black
- Cut scene with cans. It&#8217;s a decent scene but I cut the earlier scene with the cans and the ghostly whispers audio and score were too deeply entrenched for me to make it sound good
- Cut some of Carl and Josh's back and forth so we go straight from suspicion to attack (no dice) 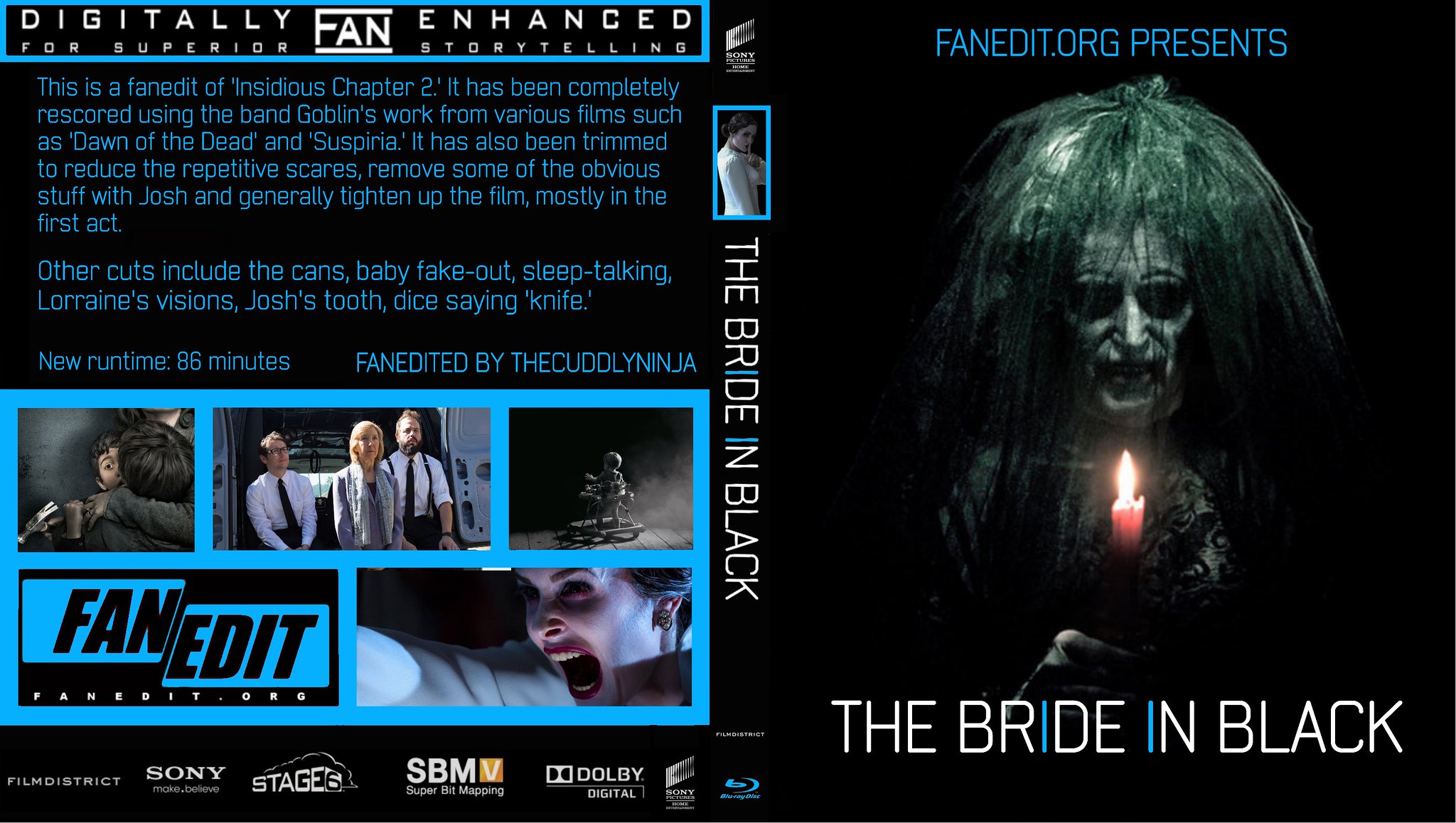 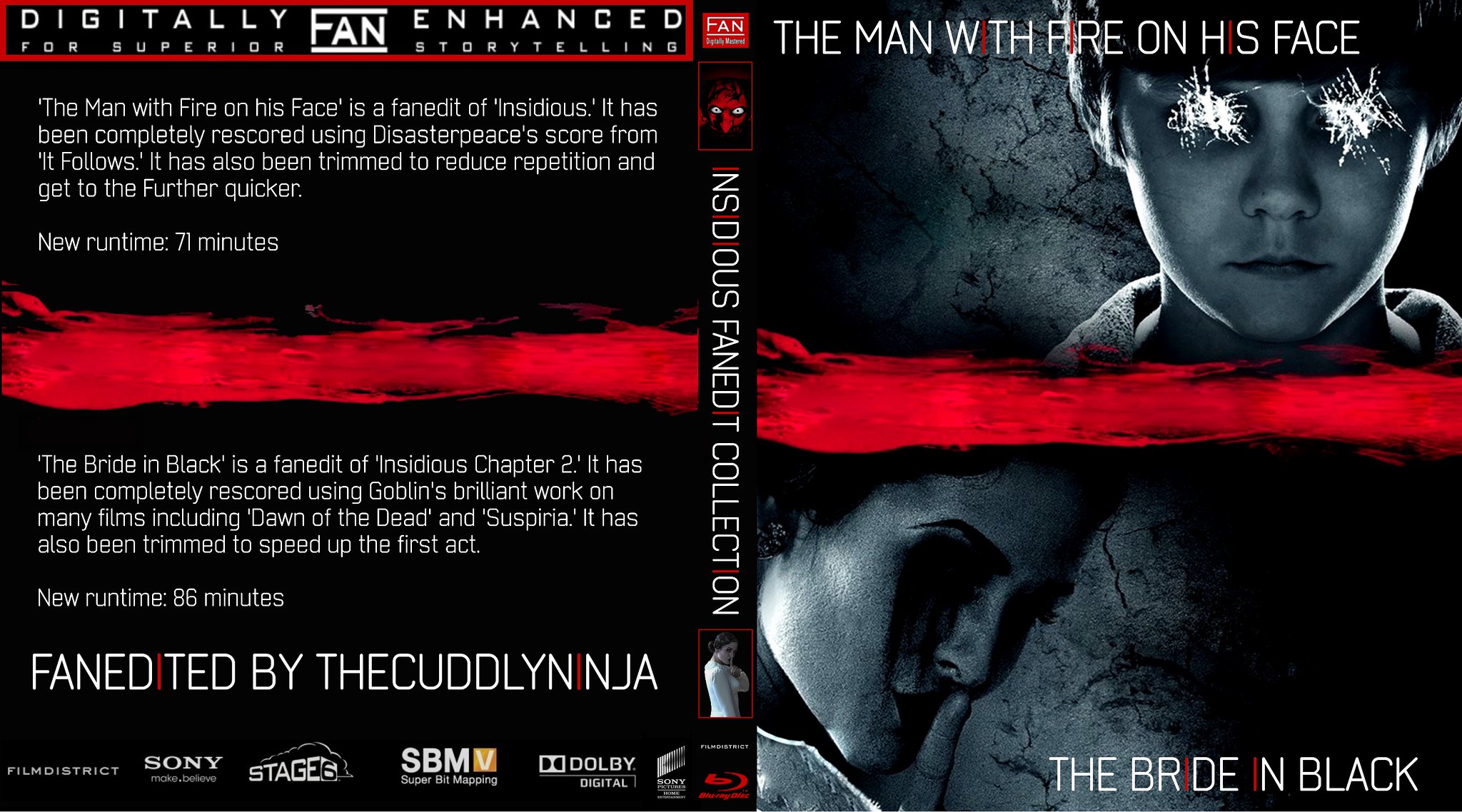 W00t Goblin! Looking forward to this.

Thanks! I wasn't going to do the sequel unless I got a really cool score idea, not just to do it. I was shuffling through Google music and Goblin came on. I thought, "this would be perfect!" I still haven't caught the third one yet. If it's decent and if I can get the 'Starry Eyes' soundtrack on anything but vinyl I'll probably use it for the third. I like the idea of the prequel-ish one having Goblin and the other two having the new school version that they clearly inspired. Anyway, back to the topic at hand: I love Goblin's stuff so much. My wife is totally unfamiliar but she was blown away when I told her the music in those clips is from the 70s. Timeless stuff, and I love how the sort of newer school horror stuff is really wearing Goblin's influence on their sleeves.

Awesome idea, I haven't had a chance to see the first edit. My laptop is on the fritz and I am unable to watch videos or burn any dvds so I am SOL for any edits for a while

Great idea man, to go to the second chapter in this.
Yesterday i saw the third one, maybe you can do a trilogy fan edit.
And the music of Goblin is fantastic, it's always great to put that as some "background" music
I used some tracks in my Dead Walk and The Rise and fall. The music works every time!

JJE-187 said:
Awesome idea, I haven't had a chance to see the first edit. My laptop is on the fritz and I am unable to watch videos or burn any dvds so I am SOL for any edits for a while
Click to expand...

The first one is on Vimeo. I just PM'd you the link. Not sure if you have a machine to watch it on but I figured it was worth a shot.


maniac51 said:
Great idea man, to go to the second chapter in this.
Yesterday i saw the third one, maybe you can do a trilogy fan edit.
And the music of Goblin is fantastic, it's always great to put that as some "background" music
I used some tracks in my Dead Walk and The Rise and fall. The music works every time!
Click to expand...

Thanks, man. I still need to see the third one but definitely want to do the whole trilogy if it's any good.

Half hour done. Cutlist added to first post and here are a couple new clips (PASSWORDS ARE 'fanedit.org'):

A lot of progress on this one. The first cut was done a few days ago. I rewatched it a couple times and have made a couple very minor changes for version 2, which is rendering now. I was very pleased with how the Goblin music worked cohesively throughout. It sounds better than the sum of its parts in my opinion. If anybody would like to help me out and preview this, please PM me. Fanedit running time is 86 minutes (cutlist updated in first post).

This edit is done so the release should be in the next couple weeks. In the meantime here's a blu-ray cover:

and here's a combo cover for both my Insidious fanedits:

This is looking great, I honestly think Insidious Chapter 2 is the best in that series. I love how it feels like a film truly about sleep paralysis with the Night Hag imagery more so than the 1st or 3rd. It reminds me of that excellent documentary on the subject, its on Netflix, simply called Nightmare.

The selected Goblin music works beautifully and as a score its much more effective than the originals. I also love the title, 'The Bride In Black' is just so ominous and creepy in itself, its sets the tone for the rest of the film perfectly.

Seeing the actress from 'The House of The Devil' in the first clip reminded me of how that film could also use an interesting rescore. It feels to late 80's synth for its late 60's/early 70's tone. I know it takes place in the 80's and it gets the time period incredibly accurate, but tonally it feels almost nothing like an 80's horror film. Its more Rosemary's Baby in my opinion.

only part I wasn't fond of was the first half of clip #4, it was too funky for the scene, it was very effective tho in the second half. Sometimes silence can work beautifully as it eases into the music.

Dustin6595 said:
only part I wasn't fond of was the first half of clip #4, it was too funky for the scene, it was very effective tho in the second half. Sometimes silence can work beautifully as it eases into the music.
Click to expand...

Thanks, great to see the interest. I hadn't really heard too much about it. I think the film is slightly better (its themes are probably slightly better realized in my opinion) but I really like how it plays with the Goblin stuff. It seems like a natural successor to my first edit, going to the root of the musical influences.

Regarding that driving music, I can see your point. I'll mess with it to see how it plays, though my general idea behind it playing that way is that it represents a baseline that the music swells back down to after the upstairs scare. More generally, I love this music and put it behind pretty much everything because I really like how it works. So I definitely appreciate silence as a powerful thing, in this edit there is almost always music going and it is very much at the forefront, purposefully so. Short answer, it might play better there, though, so I'll see.

Made a new trailer using the theatrical trailer as a baseline:

This has been submitted to IFDB and is available on info now. Enjoy!

Thank you Neglify for the review! It's unfortunate that the new music didn't totally work for you but I'm glad you think it's an improvement on the theatrical cut. I enjoyed Chapter 2 much more than you did but regardless that is high praise. As always, I appreciate your input and thank you for watching. Perhaps sometimes when I pumped up the score to put it front and center it takes the viewer out a bit instead of instilling a deeper sense of dread and foreboding. I've heard sorta similar things about my first Insidious edit, as well so I will keep this in mind next time I rescore something (which let's be honest, probably won't be long). Cheers!

I'm thinking about doing part 3. Maniac suggested Carpenter music which is really enticing, though I've found that when I use more popular music people associate it very deeply with the original source. Maybe some deep cuts. I think thematically it would be fitting music to use and end the trilogy. I only bring this up in case you have any thoughts on this. If not, keep on keeping on.

This is now streaming on Vimeo on my blog for those interested.