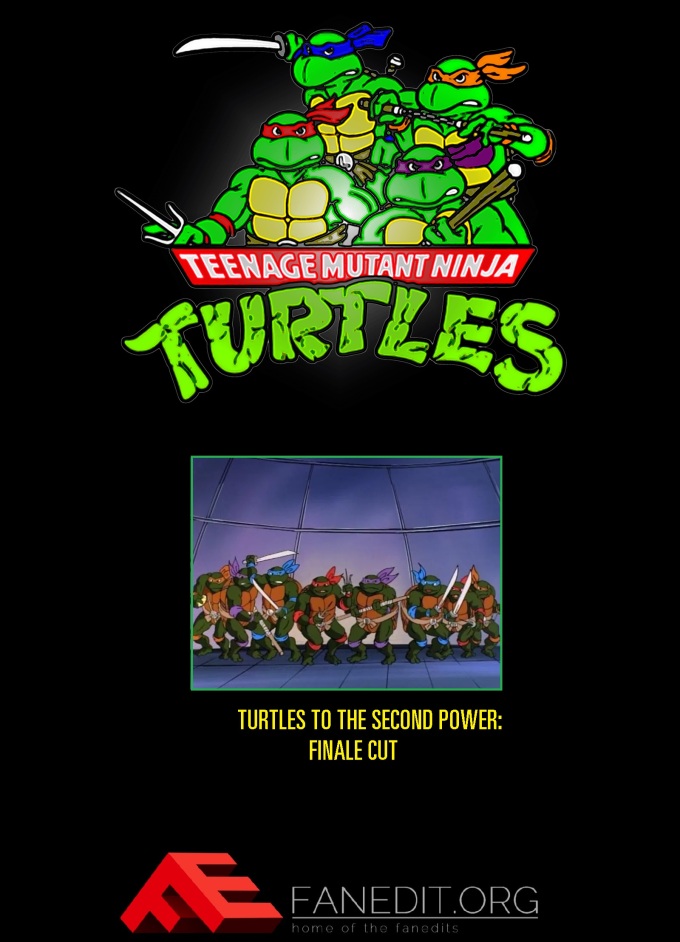 The team-up between Dregg, Shredder and Krang should have been the finale, it tied up virtually every loose end, even Carter. Had the last part of that arc ended with Splinter telling the Turtles they had 'graduated' then it would have been perfect.

So that's just what I did. Took the last scene of the actual series finale "Divide and Conquer" and integrated it into the episode "Turtles To The Second Power" to serve as a more fitting conclusion to the original series.

Also, the actual final scene of "Turtles to the Second Power" annoyed me, it doesn't end on a punch line or something from the Turtles, the last word goes to Carter, he is transported to the future and then it just abruptly ends, so the new ending I find adds a lot more closure to things.​

I own the full series but I've barely touched it, so I know nothing about these episodes, but I'm still fully interested in this. I like me some Ninja Turtles.

jrWHAG42 said:
I own the full series but I've barely touched it, so I know nothing about these episodes, but I'm still fully interested in this. I like me some Ninja Turtles.
Click to expand...

Sorry for the advance spoilers then. :shy:

I didn't have satellite television for years so my experience with the original cartoon ended as a kid when season three wrapped up, then one day, twenty years ago actually, I caught an episode of the final season by chance on the now defunct channel BRAVO, afterwards I spent a great deal of the 2000s tracking down the remaining episodes of the series.

There actually exists a feature-length omnibus edit of the tenth series epic five-part crossover with Shredder, Krang and the replacement villain Dregg (which this episode is the climax of), Fox Kids UK aired it a couple of times but I don't think it was ever made commercially available.
You must log in or register to reply here.
Share:
Facebook Twitter Reddit Pinterest Tumblr WhatsApp Email Share Link
Top Bottom