by AdigitalMan
What is it about? This changes the programming of the T-X
to make her actions more plausible.

1. * Sgt. Candy scene restored as a pre-credits sequence. Closes with the signature drum fanfare I worked-up for the Cyberdyne scene in T1.
2. T-X downloading John's lieutenants is cut, so it looks more like she's uploading the virus through the LA mainframe. (Since we start hearing about it afterwards, this works really well. It makes the T-X's primary mission to ensure that Judgement Day actually happens).
3. The names of John's lieutenants are cut during the two assassination scenes, so it looks like she's systematically taking out potential John Connors, much the way the T-101 did in T1 with Sarah.
4. Her "gasp" after sampling "the real" John Connor's blood is removed, because she wouldn't have an emotional reaction like that.
5. T-101's explanation of the Lieutenants during the "escape" is removed. It is left in later as it sets up the events at Skynet without detriment to the story. She simply is carrying out another default program having failed to terminate John and Kate.

In the end, the T-X is a much more logical machine now. Her default program is now:
1) Upload virus that sets chain of events into motion that brings Skynet online
2) Eliminate John Connor (to her analysis, she did, since those "in the system" were taken out).
3) Eliminate Kate Brewster
4) Eliminate Robert Brewser after Skynet is activated
5) Eliminate top lieutenants
-> Upon carrying out #3, she gets concrete evidence that #2 was not completed.
-> If 2 and 3 are not accomplished in time to execute #4 by 6:18 p.m., execute the time-sensitive task of #4 before resuming 2 and 3 or proceeding to #5.

Time needed for the edition: 3 days 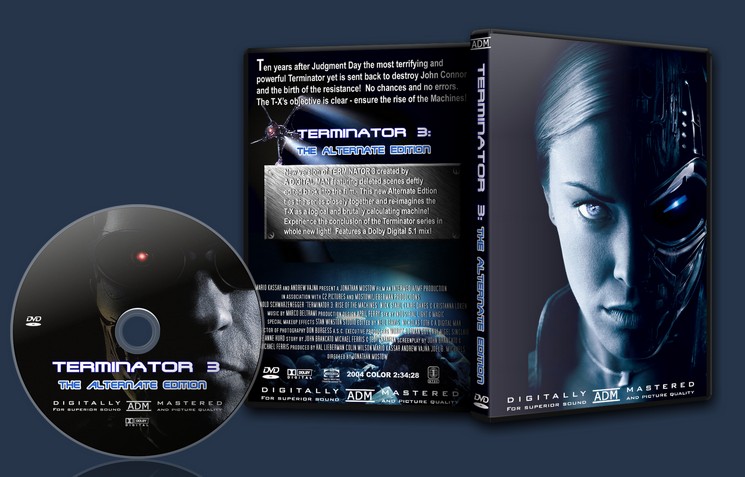