This divisive little piece of now-obscure Superman media was released around the peak of marketing for Superman Returns. It's been widely criticised by fans of Superman: The Animated Series for, amongst other things, inconsistent continuity and characterisations (particularly with Lex Luthor) as well as bait-and-switch storytelling revolving around Clark wanting to share his secret with Lois Lane.

Many fans were disappointed that this film felt more like an Elseworlds tale and not an authentic 'bridge' between Superman: TAS and Justice League.

I've gone back and forth on whether or not I should do this for a while, but recently I watched a pretty good 50 or so minute version of it from an editor called Fanedit895, who hosts it on the Internet Archive. This version realized the potential of the story by rearranging scenes and deleting all sequences with Lex Luthor to avoid even touching on his characterizations, as well as removing the bait-and-switch so Lois knows.

So impressed was I that I decided the time had come to tackle this head on, but I wanted to set it apart from what this editor had managed, and have decided to try to cut it down to a TV episode length. Right now I'm testing out a 35-minute trim, but I'd like to cut at least ten more minutes.

Plans for this include

-Very little of Lex, he shows up in a photograph and towards the end, but that's it.
-Rearranged several key scenes to tighten the narratives, and, towards the end, serve as the bridge to the last scene
-Have Lois learn Clark is Superman
-Brainiac is not 'definitively' defeated, as the focus of the episode is largely on Lois and Clark and the lengths Clark will go to save Lois.

Love this! I've been thinking about tackling this as an edit since that crappy movie came out, but it was never a priority. Looking forward to seeing what you come up with!

Thanks for the interest @MusicEd921

I've got an update already...I manged to cut it down to 25 minutes. The thrust of the story is mostly Clark's relationship with Lois and telling her who he is. Everything else doesn't really need elaborating because it takes up too many scenes.

I only have the copy of the movie and not so much the box sets of the series, so I can't, at least at the moment, use the original title sequence or end credits, but this opportunity enabled me to create CUSTOM opening titles, which allowed me to use footage from the movie I'm not going to use in the edit, which I found a more creative use of my time.
Last edited: May 19, 2021

Nice! I'd like to suggest that maybe you move the shirt rip to the end of the titles like the animated series does.

MusicEd921 said:
Nice! I'd like to suggest that maybe you move the shirt rip to the end of the titles like the animated series does.
Click to expand...

Gah...OF COURSE! Editing phillistine that I am, I knew I was missing a trick, thanks for pointing that out....and the best thing is, when I changed it as suggested, I didn't need to tweek the timeline all that much to fit the shots!

I did notice a hint of the text of (I assume) "Brainiac Attacks" creep in at the top of frame just before the titles cut. Only a minor thing but it did draw my eye. Otherwise lovely work!

I did notice a hint of the text of (I assume) "Brainiac Attacks" creep in at the top of frame just before the titles cut. Only a minor thing but it did draw my eye. Otherwise lovely work!
Click to expand...

That's for spotting that. Yeah, it just sort of attempts to lap over the 'Superman' portion of the title, which is annoying. I don't think it'll mess much with the timing of anything once I remove that frame.

While I'm fixing that, here is my episode title as it presently looks 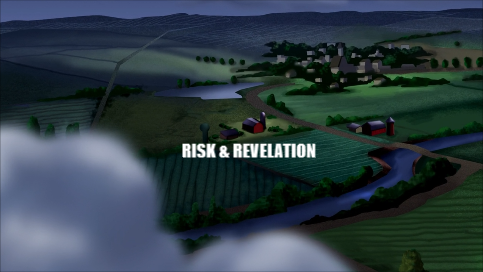 A low down on a few scene restructurings, I realized in the first draft I'd cut out all of Jimmy's subplots, both the major and minor ones, and I also needed to set up the foreign correspondence position offered to Clark so it would have a pay off later. By placing the scenes with Jimmy, Lois and Clark discussing Jimmy's love life before that scene, I was able to maintain continuity with Clark's wardrobe.

I'll provide a video example of this restructuring when I can, the one I tried to post was a bit glitchy (audio pop at the beginning), so here's a clip of how I cut Clark telling Lois she has something on her face, and instead Brainiac now attacks just as Lois is about to clue herself in to realising Clark is Superman

An example of the continuity restructuring

As a bonus, seeing as I shared the screencap earlier, here's the title card in action

I ran a preview by the very editor that inspired this project, here's his feedback

Well hot damn this is a great edit! The way the narrative was rearranged was fantastic. I did not expect Luthor to be in here at all, let alone with the ending, but it works for the shorter episode you made. Great job!
I guess if I had a suggestion, perhaps to make it shorter might it be possible to cut Brainiac from the Fortress? In the context of this "episode" it does seem weird the story ends with Brainiac not being defeated, unless you have plans for Risk and Revelation Part 2.
I do love the custom title and end credits tho, that was great
Click to expand...

So I'm wondering if I should cut Brainiac ripping the fortress apart...or leave it in and do a follow-up episode

I think I'll probably do both versions I've been mulling over, I'd do a sequel but I lack the necessary DVDs to follow up right now

Screener copies of the current draft are now available by the way.

Now that I've had feedback (thanks @MusicEd921 ), I'm going to have a bit of a rethink regarding this

For anyone following the thread, overall, this sits very well within the confines of a normal episode. The big thing was that Superman needed the win of defeating Brainiac. The Lois/Clark stuff was all right on the mark and the pacing worked surprisingly well given how much was left on the cutting room floor.

I haven't watched the 2 part series finale in a while, but this could potentially sit nicely right before those episodes since Clark reveals his identity to Lois.

I managed to find time to work on the upgrade today, I basically had to create yet another (and a much quicker) custom ending because there's virtually nothing else in the movie (besides the one I originally cobbled together from earlier portions) that would have leant well to one...I had considered a sequel hook, but the footage I wanted went on too long and highlighted some of the real problems with characterization that I wanted to minimise or outright ignore, plus it would have messed a little with continuity.

Superman now has his win like you wanted. I had to shorten their final fight considerably

Feedback from Fanedit895, the man who inspired this all

I absolutely loved this! It is more conclusive while still making sense and I love how you cut around Brainiac at the Fortress. It's certainly my favorite edit of the movie now XD
Click to expand...

The edit's just about good to go, just need to fix a hard cut pointed out to me by @MusicEd921 , Ed is also going to check the episode out to test the audio levels

Here's a very basic poster I put together for it 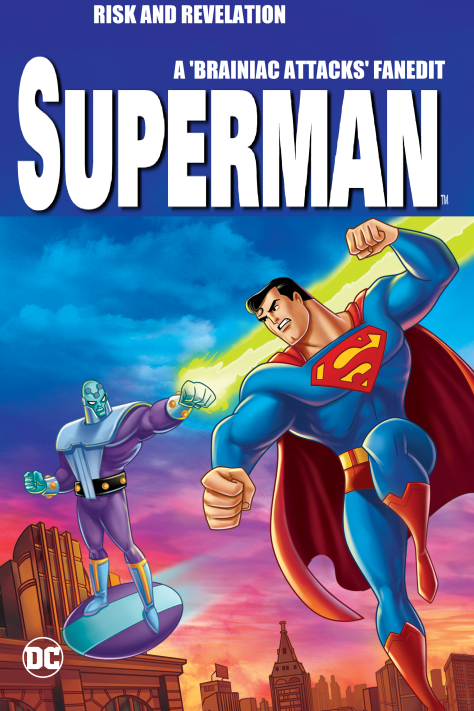 Got some additional notes from @MusicEd921 regarding the latest draft and some more improvements were suggested to me, which I've now worked on. The screener has been sent to Ed and hopefully he continues to have free time this weekend....if anyone else is curious about the latest draft, just drop me a PM.
You must log in or register to reply here.
Share:
Facebook Twitter Reddit Pinterest Tumblr WhatsApp Email Share Link
Top Bottom