What is it about? The faneditor made lots of small cuts and new transitions all over the movie, trying to make the movie more like he really wanted it. 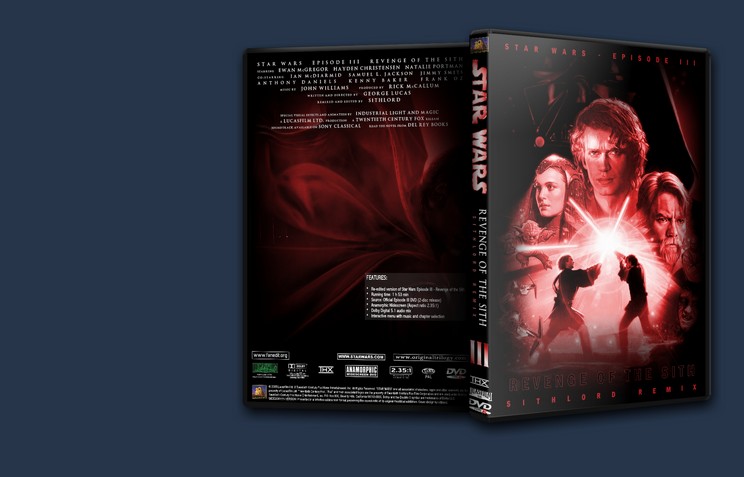 * The battle over Coruscant has been shortened down. Many bad lines and the
cartoon-style battle droids in the beginning of the movie are cut, and so
are most scenes with bad CGI-effects.
* The elevator scene with Anakin/Obi-Wan and R2-D2's struggle with battle droids
while trying to help them is cut. This version is not supposed to be a comedy.
The deleted confrontation with Grievous is inserted.
* Anakins dream-sequences are cut and so is the infamous balcony scene.
* The three "Birth of the Rebellion" scenes are inserted.
* Midichlorians are not mentioned. Neither is commander Cody. The creature Boga
is totally cut. Obi-Wan can find and catch up with Grievous anyway, and some
things are better not shown.
* Palpatine only attacks Mace Windu once with force lightning and transforms
to "Sidious" during the attack and Anakin does no longer regret cutting
Mace's arm off.
* Chewbacca is not called by name. He could be just any wookie, and we don't
see him helping Yoda escape.
* Yoda don't fight Sidious. He actually never use any lightsabre at all. The
duel between Anakin and Obi-Wan is now one long fighting scene. Yoda's
arrival to Dagobah is insterted.
* Padme doesn't wake up anymore after Anaking chokes her. The babies are born
while she is unconscious. This way it's more dramatic and the stupid dialogue
is cut. The babies names are now unknown.
* Vader/Sidious/Tarkin on the star destroyer is cut.
* Darth Vader's rebirth scene is moved to the end of the movie. Anakin is left
to die at Mustafar and we don't know his faith until after the babies arrive
to their new homes.
* The music is changed during the end credits, and some music are added in the
movie.
* + lots of small cuts and new transitions all over the movie.

Your intention for this fanedit: Trying to make the movie more like I wanted it.

Time needed for the edition: A couple of weeks.