Spider-Man 3 Back And Black 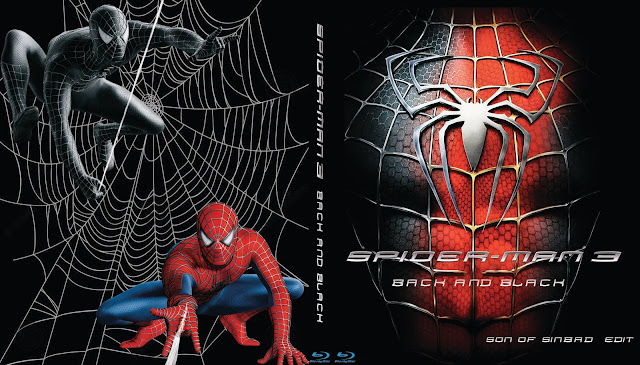 Spider-Man 3: Back And Black


Intention: To turn the not-so loved Spider-Man 3 into a better movie.

Synopsis: Spider-Man 3 Back and Black follows the struggles between Peter Parker and Mary Jane Watson's relationship, and also more focuses on the side of Sandman and not as much focusing the attention on Venom.

- I know what most people will say, you wanna try and make Spider-Man 3 a better movie but you leave the horrible walk down the street dance scene in. However this is the classic Raimi style so I don't mind leaving it in. But I have changed it still.

- Rescored the dance down the street scene with ACDC's Back In Black
- Cut the conversation between Dr. Connors and Peter through the phone.
- Cut Peter getting the staff job and talking to J. Jonah Jamerson

- Again like I said before the dance in the club is the classic Raimi style so I haven't touched it as that is when you can really see the evil within takes over.

- Cut the conversation between Sandman and Venom
- Trimmed the first half of the fight
- Cut J. Jonah Jamerson buying the camera off the girl
- Trimmed the second half of the fight
- Cut Harry's Funeral
- Cut Peter and MJ at the end
- Ends on Peter, MJ and Peter and fades away. This makes the watcher thinks, did Harry live, did MJ and Peter get back together and does Flint get the money for his daughter.
- Fades into saying A Son Of Sinbad Fanedit
- Roll credits

This edit is now on IFDB and is available to watch upon request.

Donor
Faneditor
1st half of the harry vs peter fight

Faneditor
That was great, I didn't notice anything cut or missing

Zarius said:
That was great, I didn't notice anything cut or missing
Click to expand...

Thank you for that feedback, It means a lot.

This edit is gonna be my best yet.

Thank you for your kind words.

Thank you for your kind words.

And i hope your spiderman 3 edit goes well and are you sending Batman Forever Noir for submission
Click to expand...

Not at the moment. There's still a lot of editing to do, not to mention I'm getting a new Notebook soon.

Any word on a changelog?

Motleys Fanedits said:
Any word on a changelog?
Click to expand...

Not at the moment maybe later in the future but not now.

Donor
Faneditor
Spiderman 3 .Back And Black (Rough Cut Version) is finished anybody who wants to see it pm me and I'll send you the link.

If you do go on to send me a pm I hope you enjoy it and if possible leave me some feedback so I can improve the edit.

Also on my OP

-Cut Peter saying I'm so nervous.
-Cut Peter singing along with Mary Jayne
-Cut Peter Saying "that's my girlfriend"
-Cut Peter and Harry's argument.
-Cut Peter talking to MJ
-Cut MJ and Peter looking at the stars
-Trimmed Peter Vs Harry Fight.
-Cut seeing that Marco Flint has turned into sandman.
(Reason for this you find out at the same time who sandman is just like peter)
-Cut Peter Saying go get him tiger
-Trimmed Peter avoiding objects .
-Added SFX from Spiderman 2 The Movie Game.
-Cut the pills scene.
-Cut Eddie flirting
-Cut the sand truck with the officers.
-Trimmed Sandman Vs Peter.
-Trimmed Peter emptying his suit.
-Added a scene from Spiderman 1
-Trimmed Black Spiderman Vs Sandman
-Cut Peter yelling about the god damn door.
-Cut Mr Dickovich's conversation with Peter.
-Cut Harry threatening MJ
(This makes MJ breaking up with Peter makes it also a surprise to us why is she breaking up with.)
-Trimmed Harry Vs Peter.
-Cut Peters "Really cool dance"
-Trimmed Peters "Sexy" dance.
-Trimmed Peter getting rid of the venom suit.
-Trimmed harry being told about his dad.
-Trimmed final fight.
- Added a flash card
-.Roll Credits

Faneditor
Really looking forward to this edit! With all the edits that try to drastically change the film (I personally love the original film), I'm interested in this seemingly much lighter edit.

jrWHAG42 said:
Really looking forward to this edit! With all the edits that try to drastically change the film (I personally love the original film), I'm interested in this seemingly much lighter edit.
Click to expand...

Like i said, i've never thought this movie was terrible. Personally Spiderman 3 is better than most MCU movies.

But i do think the movie can be improved.

That’s wonderful!!  The opening you crafted is absolutely amazing.  The best I have seen.  I truly can’t wait.
My only suggestion is: why don’t you add the spider-sense sound effect before Harry takes Peter?

My only suggestion is: why don’t you add the spider-sense sound effect before Harry takes Peter?
Click to expand...

Glad you like it.
Moreover, why don't you add in some footage from the Editor's Cut?  I think that would really help your story!

Furthermore: if you cut the star-gazing scene, how is it implied or shown that the symbiote reaches Peter?

Donor
Faneditor
Wait till you see the edit and youll see...

Canon Editor said:
Glad you like it.
Moreover, why don't you add in some footage from the Editor's Cut?  I think that would really help your story!

Furthermore: if you cut the star-gazing scene, how is it implied or shown that the symbiote reaches Peter?
Click to expand...

Donor
Faneditor
Listening to what @"Canon Editor"  said i got some audio from spiderman 1
and put it in the fight . 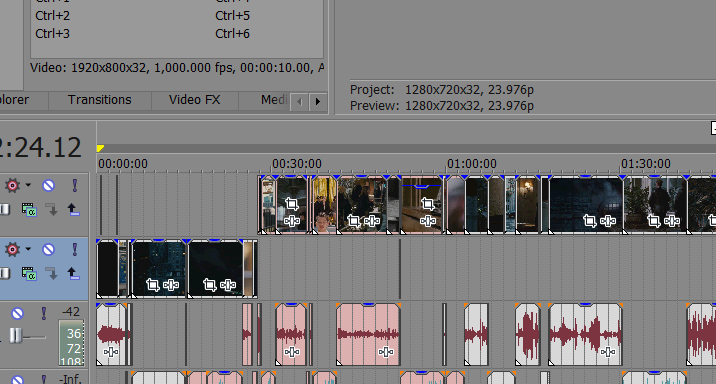