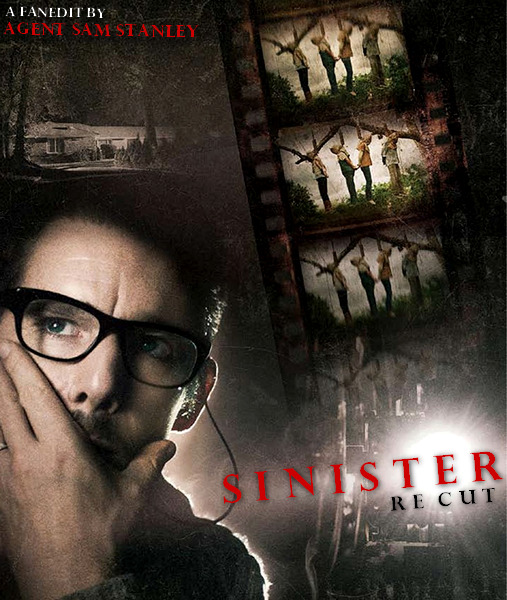 My idea is to get rid of all the fake build ups/red herrings and dumb jump scares to turn the film into a more focused supernatural thriller. I also removed most of Bughuul's appearences and made its presence more subtle. I think the way the original cut overexposed the character made its figure less scary. Also rearranged a few scenes in a way that things would make more sense.

- Moved the scene of Ellison watching his old interview about Kentucky Blood to the first night in the house.
- Removed false build up scene of Ellison hearing someone moving and finding Ashley looking for the bathroom. Also, scene of Ellison and Ashley talking in her room right after that moved earlier in the film.
- Ellison phones the police immediately after watching the first reel of film instead of after the second.
- All of Trevor's 'night terror' scenes were removed (stupid red herring).
- Removed some of Deputy So and So's 'funny' remarks.
- Removed most of Bughuul's appearences, especially the 'scary' ones. I don't find it scary and makes its presence less mysterious and scary.
- The two nights Ellison wakes up and finds the projector rolling were merged into one night. Also removed the stupid scene of the child ghosts running around him.
- Removed the shots showing "Extended Cut Endings' written on the envelop. Too dumb.

This is on ifdb now Hawke fans.
G

TM2YC said:
This is on ifdb now Hawke fans.
Click to expand...

Is there a different .info page? The page im on was last updated july 2 2017.