Shipwrecked: The Adventures of Håkon Håkonsen

​
The Adventures of Håkon Håkonsen is my upcoming fanfix of the 1990 Disney classic Shipwrecked directed by Nils Gaup and starring Gabriel Byrne and Stian Smestad. I grew up loving this movie but there was always that weird gorilla scene that made it hokey. Last year, I decided to scour the internet to see if there was a widescreen edition available. After finding that all of the R1 NTSC versions were 4:3 I decided I'd go after foreign copies. Thankfully the R2 version of the film was preserved in widescreen (also snagged An American Tail: Fievel Goes West for a future restoration). I did complete a personal version of this fanfix some time ago, but after reading @"Captain Khajiit"'s guide on PAL conversion and proper DVD ripping, I’ve decided that my version needs a remaster. I’ll be naming it Shipwrecked:The Adventures of Håkon Håkonsen. This edition will feature the PAL widescreen dvd video (NTSC is only offered in 4:3) with the main cut being the removal of the gorilla from the island. I will attempt to reinstate the original Nordic intro scene as well, or produce a custom intro credit scene. 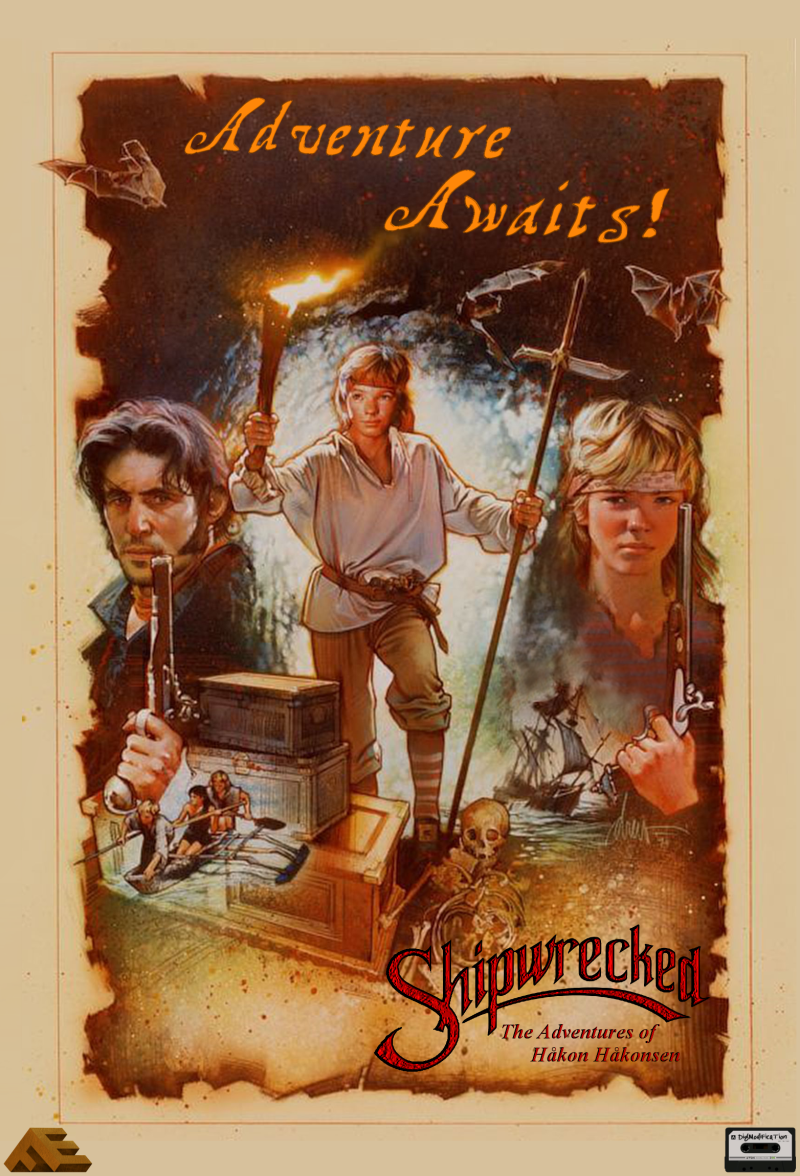 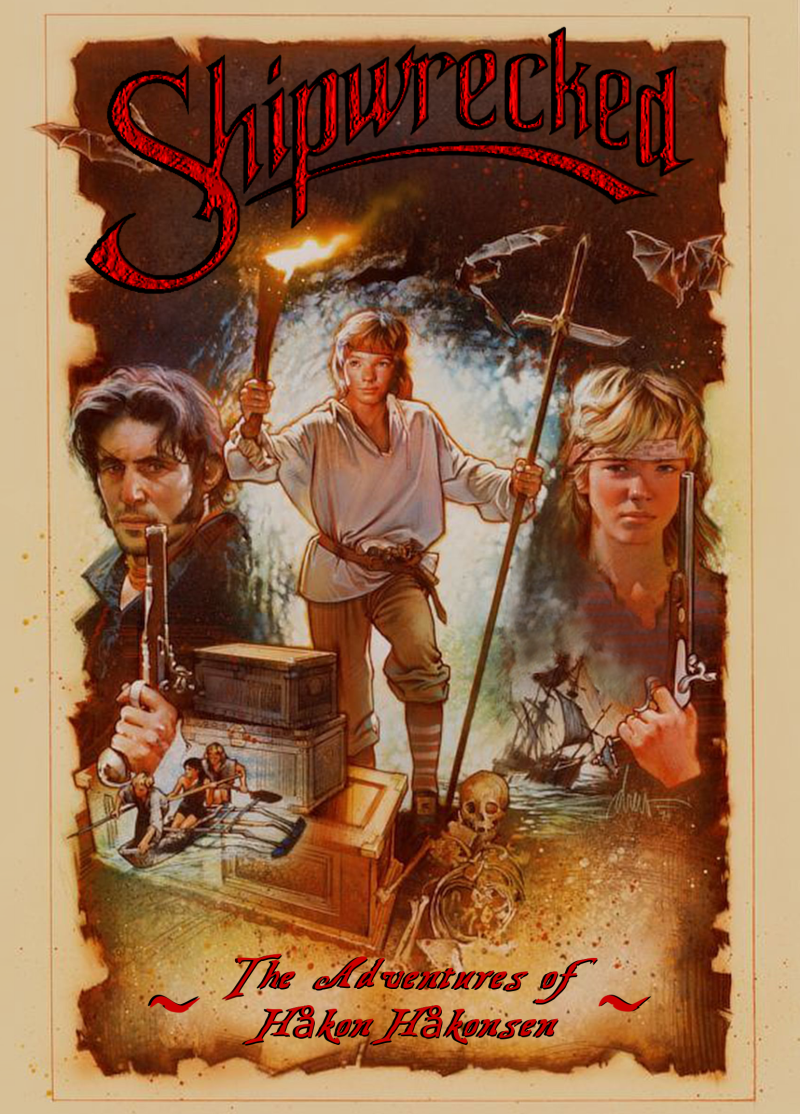 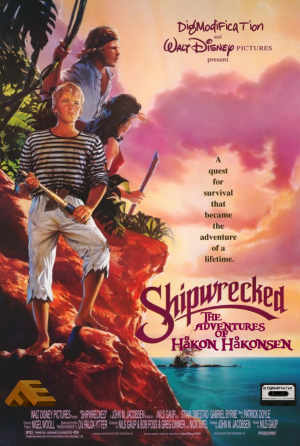 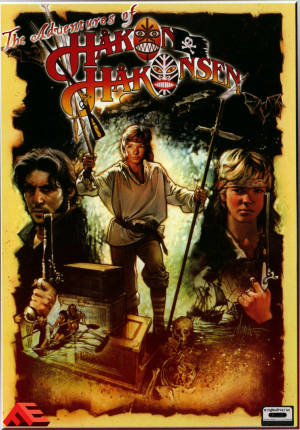 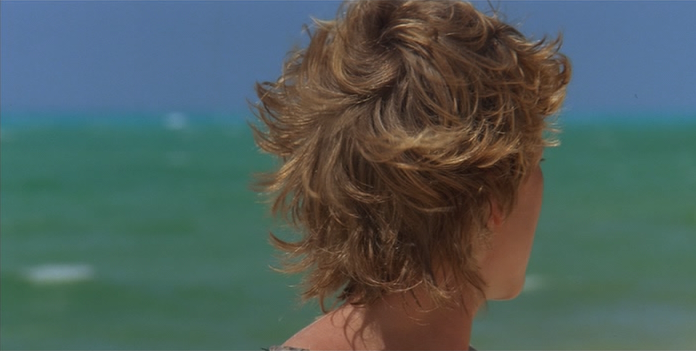 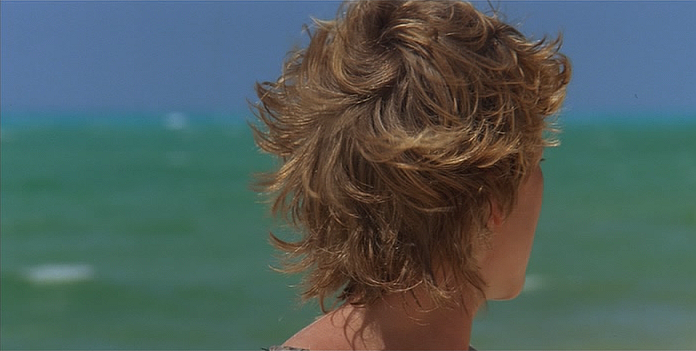 ​
From imdb:
[font=Verdana, Arial, sans-serif]"Haakon Haakonsen didn't want to go to sea so young, but when his father, a Norwegian sailor, comes home with a badly wounded foot in the 1850s, the Haakonsen family finances require him to enlist as ship boy aboard a British ship under Royal Navy authority. After some hazing he buckles up to learn the hard work and gets accepted by the rough crew. Then Royal Navy lieutenant John Merrick is welcomed to take charge of security on a long voyage to Sidney and Calcutta, through pirates-infested waters, but Haakon distrusts him after finding out that he packed concealed weapons; indeed Merrick secretly poisons the captain. Haakon and his guardian angel, his father's best mate Jens, were about to feel the claw of the cat for helping a stowaway when a rock wrecks the ship. Haakon washes up an island where he finds a pirates treasure and weapons." [/font][font=Verdana, Arial, sans-serif]Written by KGF Vissers[/font]

I thought it was more of a fix as it only has one true edit in it and is more a restoration of widescreen and image sharpen. If this is more in lines of a true edit I apologize for my misunderstanding

I haven't kept up with your TFA edit but has it been approved?   I don't see it on IFDb and you aren't listed as a faneditor, and the Fix/Mix forum is for approved faneditors.

Also, is this completed?  Fix/Mix is for completed edits but I can't tell from your OP.

Sorry,  error again on my side. This is in-the-works and with my new understanding should have been posted in the other forum. Would you be able to move it? Again, I apologize.

I'm still working on the final parts for the TFA edit. I believe this should be my maximum of two ITW threads.

Apologies. I will put on my spectacles and review.

So I decided to just use the non Nordic intro. I did add on a sub title to the title card and prepared a golden fanedit.org logo. The logo as well as the digmodification title cards have received film grain and a few hair artifacts to mimic the original release quality. I will be attempting to mimic the jitter effect to make the titles more seamless.

Here's draft one of the intro:

Uploading preview. If you are interested please send a pm.

The subtitle on the main titlecard is beautifully integrated!  The black&white fanedit titlecard less so. It doesn't convince as a professional vintage card at all IMO. The font spacing, font size, font selections and line spacing are all off.

This site has a huge wall of movie/TV titlecards but it's pretty random: http://movietitlecards.tumblr.com/archive

...which should give you some ideas. From that second link, I saw this...

...which seems close to what you were going for.

dude, the harkonnens were great villains.

cereally, this looks purdy interesting. superimpressed by the cast acting in both norwegian (or is it swedish?) and nearly flawless english.

TM2YC said:
The subtitle on the main titlecard is beautifully integrated!  The black&white fanedit titlecard less so. It doesn't convince as a professional vintage card at all IMO. The font spacing, font size, font selections and line spacing are all off.
Click to expand...

Thanks for the links @"TM2YC". I really don't like the black and white font title card that comes after the Disney Blue screen. It's actually what Disney officially released oddly enough. I just tagged my moniker on top of it.  Even the placement of the Walt Disney Pictures presents was low on the screen. I thought about axing it. Your feedback makes me think that would be a good idea.

Thank you for the praise on the subtitle. Validates the hour or two I spent in gimp creating it

@"ssj" I do believe the cast and film are Norwegian. Their English is pretty fantastic in this film. I noticed in the credits that they had language coaches. A+ for them. This was undoubtedly one of my very favorite movies growing up, and still is to this day.

On another note, I've noticed that the credits are scoreless for nearly 2 minutes. I thought this might be a byproduct of my PAL to NTSC conversion, but my A/V sync is right and after I double checked it against an NTSC cut I found the same odd musicless credits. Sadly the soundtrack is out of print and I don't have $40-75 bucks to drop on it to fill in the gaps. The movie is also only presented in stereo. I'll attempt to do some voice cancelation techniques and see if I can salvage any music cues to fill in the credits.

I love Patrick Doyle's themes in this movie. He captures perfectly how it feels to be a boy on a sea adventure.

Thanks for the interest

I know nothing about this film, but you have me interested. I love seeing these little-heard of projects because they're driven by passion for it, which you clearly have. Good work on what you've shared so far.

Proud owner of this film on PAL DVD. As much as I enjoy the "storybook" style opening of the original Norwegian version with the music and world map, the work on the new subtitle is impressive! Looking forward to checking out this edit, @"DigModiFicaTion".

Something to consider: The "Shipwrecked" title screen has a noticeable shake/jitter compared to the new "The Adventures of Håkon Håkonsen" text-- You could stabilize the original shot to incorporate the elements, or track the motion of the shaking shot and match the motion to your new text to give it the vintage/unrestored feel

I've been working on creating the correct jitter, but the movement is too smooth in vegas when I start panning the shot around. Sadly the built in jitter is only a vertical effect.... I'll keep working on it. Glad to see that people are interested in the edit

I emailed Disney the other day inquiring about an official Blu Ray release, but as I suspected they have no plans to do so.

Blu-Ray.com says that one of the NTSC dvd releases has 5.1 surround. Can anyone confirm this? The copies I've tested all are 2.0 stereo.

DigModiFicaTion said:
Blu-Ray.com says that one of the NTSC dvd releases has 5.1 surround. Can anyone confirm this? The copies I've tested all are 2.0 stereo.
Click to expand...

Finding reliable info like that can be a real b*tch I know, so I had a quick look around for you. On Amazon.com this DVD listing...

...has this backcover image that claims "Dolby Digital Surround Sound". 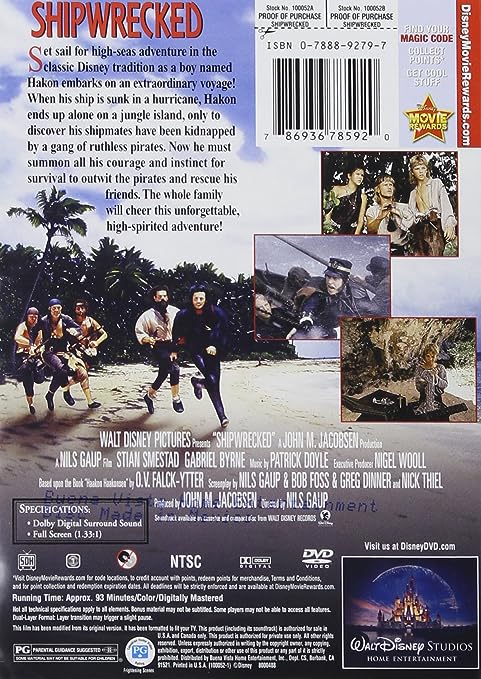 By the way, Amazon.com and Amazon.co.uk seem to be offering HD streaming versions to "lease".

TM2YC said:
By the way, Amazon.com and Amazon.co.uk seem to be offering HD streaming versions to "lease".
Click to expand...

There is a rental ("lease") option, but also a "buy" option as well. If the Amazon HD route were to be used, you'd have to purchase this option. That said, I don't think Amazon allows you to download the video, only stream it through their website/app, so you'd have to investigate ways to rip it.

I mistakenly chose Amazon as my video provider when I bought The Force Awakens Target exclusive Blu-ray, and was really angry when I could only watch the exclusive videos through the Amazon website. There must be a way to get the stream though, because the folks over at OT were able to include them in a custom TFA bonus disc

ThrowgnCpr said:
I mistakenly chose Amazon as my video provider... and was really angry when I could only watch the exclusive videos through the Amazon website.
Click to expand...

ThrowgnCpr said:
I mistakenly chose Amazon as my video provider... and was really angry when I could only watch the exclusive videos through the Amazon website.
Click to expand...

Good to know @"ThrowgnCpr".  I had thought I had read somewhere here that Amazon digital was a no go. I may see if the library has a copy of the dvd to test it. If it has 5.1 I'll use the sku # to buy the right version. I appreciate the help. Always can rely on both of you

DigModiFicaTion said:
I had thought I had read somewhere here that Amazon digital was a no go. I may see if the library has a copy of the dvd to test it. If it has 5.1 I'll use the sku # to buy the right version. I appreciate the help. Always can rely on both of you
Click to expand...

If you are using something just as part of your Amazon Prime subscription, then that would be a no-go (similar to Netflix), but if you specifically purchase a product for unlimited viewing, then I'd say that is fair game.
You must log in or register to reply here.
Share:
Facebook Twitter Reddit Pinterest Tumblr WhatsApp Email Share Link
Top Bottom