Reasons for the edit:
To remove as much of Rob Zombie's over the top scenes as possible (as well as many scenes of ridiculous stupidity), and to correct his complete loss of plot focus. These changes included making the Firefly family appear more of the monsters they should have been, while bringing out the revenge factor of Sheriff John.
I also wanted to give the film a 1970's road movie appeal.

Possible improvements or changes:
You are now left with a 1970's style road movie revenge film focusing on Sheriff Wydell's desire to bring the hammer of justice down on the Firefly family.

Notes of interest I actually liked the Devil's Rejects. I also did not mind (well)
most of his over the top madness (as Zombie usually does). However like some of his other films, a much more streamlined and darker vision is lying underneath the mayhem. In this case I wanted to bring that back and in doing so found a few more benefits that contributed to this edit overall.

What was done:
1. Removed about 25 mins from the film.
2. Removed the character of Tiny from the film (though his name is still in the credits out of respect)
3. Some scenes were slightly altered, color tinted, re-scored and have added transitions
4. New and alternate ending fitting that 1970's odd style of closing out a film.

Bonus features: dvd version only
1. Full length commentary track by Tranzor (hear Tranzor jump all over the place with a variety of topics and way over use of the word "redundant").
2. The entire edit in a high contrast black and white version (I think I prefer this to the
main edition)
3. The completely unrelated and abandoned Death Wish 3 dvd game shooter demo
(yes you can play this on your dvd player)

EVEN MORE DVD bonus items
dvd rom folder with
1. Full cover art (by Jorge)
2. The raw Moog tracks used in the edit
3. Death wish 3 game stand alone demo (plays smoother before I combined it in this dvd)
4. MinimogueVA synt/vst plug-in emulator (freeware). I used this to make some of the custom music that appears in this edit 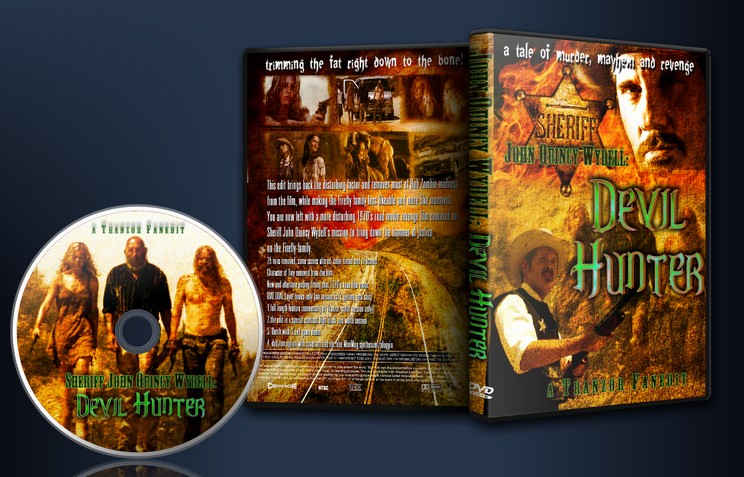 Will watch this next week I hope.
I did watch a work in progress version that I liked.
I'll look for the new changes and I think I'll go for the black and white version.

Thanks! Not much was changed between the final and preview you saw
J

I think this is one movie that would benefit greatly from being "Grind Housed" (scratches, dirt on picture, etc.). It has a 70's exploitation feel to it to begin with. Be that as it may though, I do look forward to watching this edit asap.

jamiemark said:
I think this is one movie that would benefit greatly from being "Grind Housed" (scratches, dirt on picture, etc.). It has a 70's exploitation feel to it to begin with. Be that as it may though, I do look forward to watching this edit asap.
Click to expand...

I decided not to add any effects. Zombie already gave it a slightly grainy look and it does have the strong 70's feel. Because I was going more for a road movie fashion, if I did add my noise effects it would have down played the type of 70's film I was trying to bring across and present it as something I did not want
J

Fair enough. I look forward to listening to your commentary, as I enjoyed the one you did for the Mad Max edit .