Brief Synopsis:
What if Scott Pilgrim Vs The World was actually a 16-bit beat-'em-up game? The answer is here, in the form of the least interactive videogame ever made! Scott Pilgrim: Punch-Out!! Edition is the Munchkin version of the Scott Pilgrim story - i.e. less talking & mushy relationship stuff, and more retro videogame homages and punching.

Intention:
This started out as a learning project; while learning my way around Premiere Elements, I thought it would be fun to see what would happen if I cut down the film to the bare minimum needed for the story and fight scenes to make sense, with the storytelling from classic retro games like Ninja Gaiden in mind. To my surprise it seemed to work well, so as I got to grips with the software I decided to make a full-length version of the film with a retro-gaming storytelling approach.

Edit Details:
This edit was created with Adobe Premiere Elements 10, Adobe Photoshop Elements 10, and Audacity 2.0.2. I have learned something of the limitations of Premiere Elements through creating this edit, and they chiefly relate to its audio editing and DVD authoring functions. 5.1 sound editing is all but impossible in PRE, despite 5.1 sources being supported as inputs, so any substantial sound editing was done in Audacity 2.0.2 - for example, the abbreviated version of Anamanaguchi's Penpal used for the DVD title menu, or the condensed version of We Are Sex Bob-Omb in the opening scene. Similarly, the DVD authoring functions are straightforward but oddly limited - so while you can have video backgrounds in your menu screens, and animated menu items, there's a maximum of 25 chapters and a restriction to one chapter selection screen (which is why I had to bundle the extra features into the "Level Select" menu).

On the plus side, I've been using Photoshop Elements for image editing for years, and PRE's native support for PSD files makes any image work easier - so any changes required to images used in the project can be made in Photoshop and saved to the PSD, with PRE automatically detecting the changes and updating the project. This was very useful when creating the radical alternate ending and the DVD title menu.

Cuts and Additions:
There are far too many changes to list individually, because the film was originally a little under 2 hours and is now a little under 1 hour. There is some new material added, alongside a huge amount of cuts. Anything not absolutely vital to keep the core Scott + Ramona storyline moving is gone, which means an awful lot of the banter and wisecracking has been trimmed or minimised.

Special Thanks:
Bionicbob for some early encouragement and very helpful advice about editing tools and processes. Neglify for being an awesome source of feedback, constructive criticism, advice and encouragement. 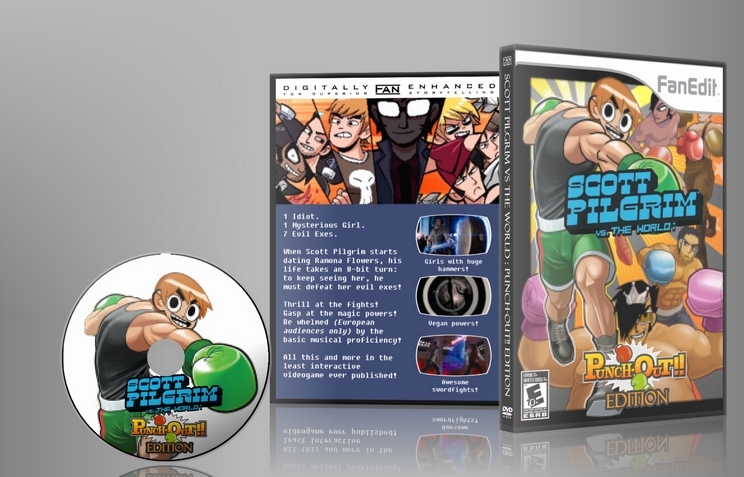 This has been submitted to info, but in the meantime if anyone would like to check it out please PM me and I'll sort something out.

I agree, but it would be even cooler if looked like an NES box cover instead of a Wii cover.

Frantic Canadian said:
I agree, but it would be even cooler if looked like an NES box cover instead of a Wii cover.
Click to expand... 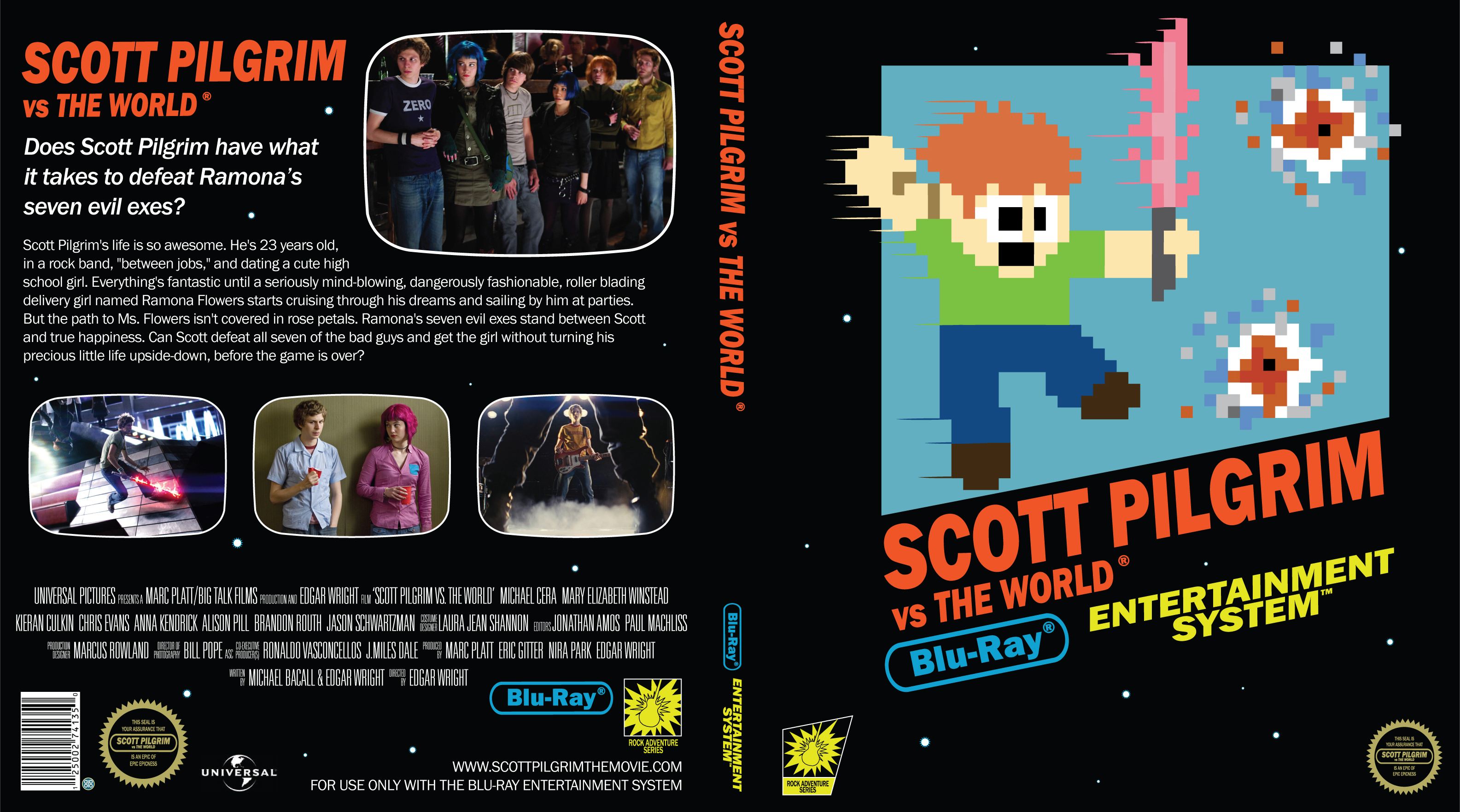 Frantic Canadian said:
I agree, but it would be even cooler if looked like an NES box cover instead of a Wii cover.
Click to expand...

I had originally wanted to go with the NES Punch-Out!! box art as the starting point (inspired by the cover that Neglify posted up - on which note, there's apparently a printable-resolution copy of it here), but unfortunately I couldn't find any decent source images for it. If I find them, I'll quite happily create alternate cover art

That One Guy said:
there's apparently a printable-resolution copy of it here
Click to expand...

So I was not a big fan of the Scott Pilgrim movie. However I am a big fan of old school video games (I had an original nintendo - and it remained in good condition for a long time - no need to blow in to the cartridges or the cartridge slot...) but I digress.

Scott Pilgrim Punch Out Edition. So I was aware of this edit for a long time but just didn't have much interest in it. However, I didn't really know anything about the edit, I hadn't read the cutlist or intention. I really enjoyed That One Guy's Equation of Crime (on a related note, highly recommend everyone check out the entire COPS Consecution) I thought it was pretty inventive. So I decided to take a chance on this edit.

Nice DVD menus. I always like when an editor takes the time to create some decent looking DVD menus.

The narrative was good and I felt like I was watching a video game. The pacing was great, and I gotta say I don't mind a short running time!

Some of the transitions and fades were a bit abrupt. And I noticed a few rough spots in the audio (but I kinda purposefully listen for those when I watch edits - probably a bit unfair, but fanedit.org has changed me lol).

The audio and video quality were good.