Hello all. This is something I’ve been working on for a little while. It’s sortof my own semi-specialized version. of the Star Wars
Most of the footage will be sourced from the blu ray, with a new color grade to make them easier on the eyes.  Some sections will use footage from harmys despecialized, with slight adjustments to make it match the surrounding footage better.
Here’s a more specific breakdown of the aim.
EPISODE IV (finished)
-Most updated visual effects are kept.
-All lightsabers and blasterbolts re-rotoscoped, courtesy of telecine_7.
-Removed extended dewback sequence of the troopers using 4k77
-Entire Mos Eisley sequence restored back to original version using despecialized, with tweaked color timing to fit in with the surrounding film better.
-some jump cuts and other errors smoothed with editing tricks
-Sorry, but the shot of the walking trash can in the sandcrawler has been removed. I promise it was done seamlessly but I always hated that.
-Bad audio cut during the sandpeople music cue is fixed by borrowing audio from adywans revisited.
-Cut line where obi-wan doesn't remember owning a droid.  I know many of you will hate this,  and i don't really blame you,  but it's just one line that makes it gel a little better with the prequels.  No other changed to tie in were made,  I promise
-Replaced music in title crawl with the master from the soundtrack.  It's the same take,  but all versions of the films audio sounds muffled and slightly warbled for the opening hit for that.
- With some editing trickery I fixed the infamous shot where Vader awkwardly gestures after he has finished speaking in the conference room.
-Hyperspace shots from Sir Ridley are used.
- Vader's voice modulated throughout to somewhat match the sound of the other two films, with audio borrowed from Adywan's edit, but in some cases re-eqed to blend in with the surrounding 1997 mix in scenes where it drastically differed.
- Obi Wan vs Darth Vader duel has been re-edited to be a bit faster and less stiff.  Nothing too drastic, but it's quite noticeable.
- Luke now says "Blast it Wedge where are you" instead of Biggs taken from adywan once again.
-A few other miscellaneous edits and tweaks, all very minor and inconsequential just to subtly de age certain sequences.
The audio is sourced from the 1997 sound mix dts files for most of it. The 93 and 77 mixes are also used in some instances.   The audio will be 2.0 Dolby matrixed surround with a high bitrate.

The release will start with a 720p mp4, then a full bluray.

The other two films will be done as well.
​​​
Special thanks to chainsawash and collipso for screening for technical errors, as well as chainsawash for the covers that will be used for all 3 films, which I will reveal as they are released.

Ooh, interesting. Very happy that you got rid of the dewback stuff, most SE-based edits keep it and it just throws the pacing off too much for me. Getting rid of the Gonk droid makes me sad, but I can deal with that.

Color does look improved over the BR for sure, good job there. Very intrigued by the new sabers and blaster bolts, I've never seen telecine7's work and the screenshot you posted looks great to me. Did he do ESB and ROTJ too?

ChainsawAsh said:
I've never seen telecine7's work and the screenshot you posted looks great to me. Did he do ESB and ROTJ too?
Click to expand...

Yes he did, and I'll be using them for the other two as well. They look great.  Also Darth Vaders chest now lights up all the time,  I forgot to mention that.  I'm not really sure how widely released his versions are,  he sent me mine in the mail on bluray discs.  He didn't adjust the color or anything at all or do anything else,  so i kinda think he did it more to be a resource than an actual release. I haven't heard from him in a long time.

Also yes,  I removed the dewbacks for pacing. It was worth the hit in picture quality,  but it still looks pretty good. The improved visuals are kept,  but the only actual extra scene kept is the biggs scene.

looking great! love the main title from the soundtrack idea. should be a must for every edit ever. how are you dealing with removing the jabba scene?

Everything that takes place in mos Eisley is the theatrical version until the stormtroopers start firing in the docking bay.

Agreed about replacing the theme music. Every version of ANH sounds crappy.

Are you fixing the speed of the Star Wars logo in the crawl, or just using the Blu-Ray crawl as is?

Just using the blu ray crawl. It doesn't bother me,  and doesn't seem worth the effort.

And yeah, the one i used is the same take that's in the movie and everything,  it's just restored and mixed and mastered better without the weird warbling effect that's probably the result of a worn out tape.  And it was so easy it honestly should have been fixed in 1993 for the laserdisc.

Sorry it's been longer than i anticipated on releasing episode IV, going through to add finishing touches I kept finding more things I wanted to do.

Such things as:
-Borrowing audio from Adywans revisited for scenes with Vader talking to include his modulated voice that better matches the other two films
-Small edits to the Obi Wan vs Darth Vader fight.  Nothing very drastic,  just little trims to shots that looked awkward.
-Redid the color adjustment.  Looks basically the same still as the screenshots in the first post, but without the slight blue casts some of the shots took.
-Using Sir Ridleys shots of interior the falcon where they are flying through hyperspace.

It's really close to being done though,  then moving on to ESB, which will probably be more simple.

Just an update,  I'm just waiting on those hyperspace shots from SirRidley at OT and this puppy will be live.

Episode IV is finished now. small 720p version will be available soon, with full BD version coming in the next month or so.

I'll try to post screenshots of the color grade tomorrow. 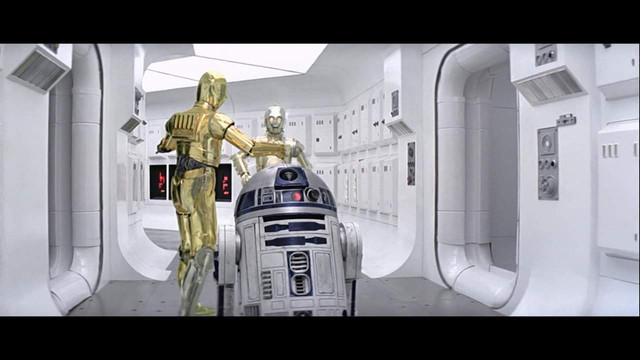 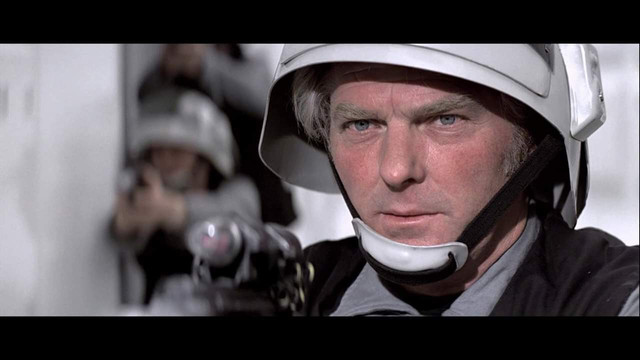 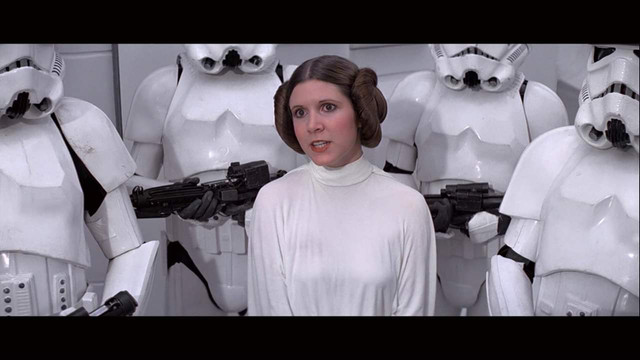 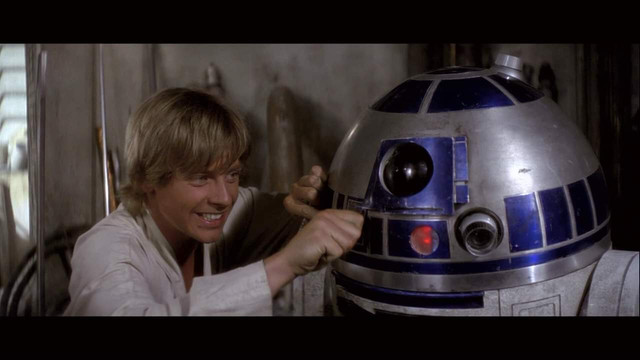 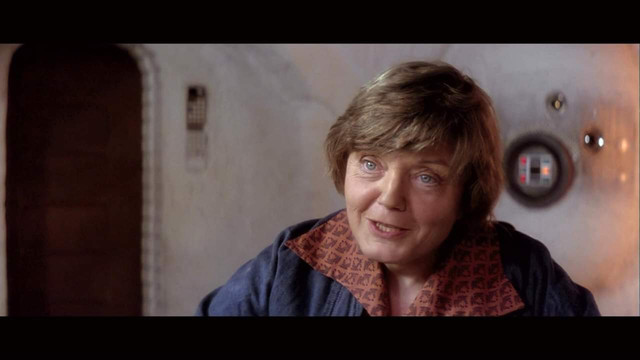 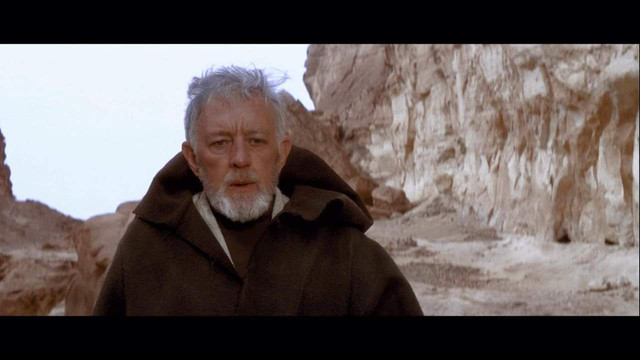 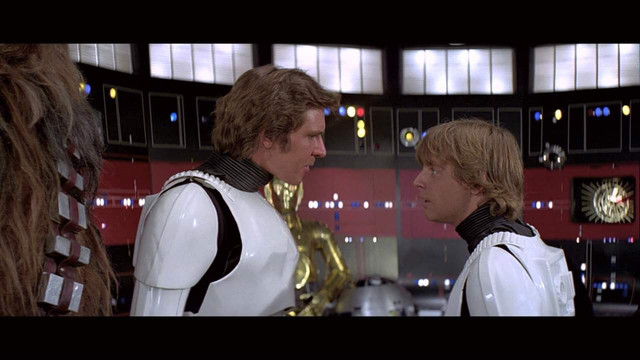 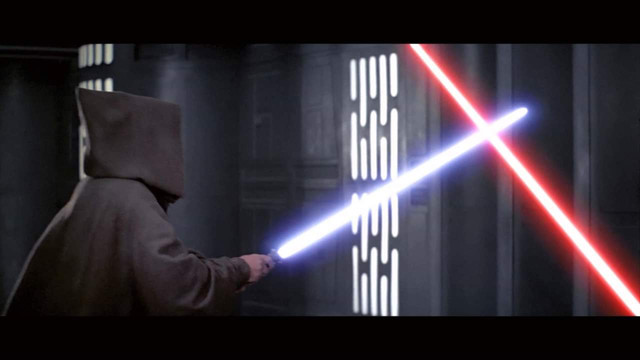 A full BD25 version will be coming in the next month or so with menus, cover art (courtesy of @ChainsawAsh), and bonus features.

Shoot me a pm if interested. And if anybody catches any technical errors, please feel free to let me know, so that i may correct them for the bluray release.

I'm a purist when it comes to Star Wars, so this edit isn't really for me but if you're after a version with only the more subtle fixes and changes from the various official and unofficial cuts then this will be ideal viewing. Even though I don't think it needs any changes, Possessed has great taste for what to add and what to remove. So the extra Biggs scene is in but the extra Jabba scene is out, the Falcon Mos Eisley Falcon takeoff shot is in but the Mos Eisley Ronto is out etc etc. I have to admit the Han/Leia blue hyperspace change is badass and fixes one of the more glaring continuity errors in the original film.

I watched the 3GB 720p mp4, the encoding quality was damn near perfect for the filesize/resolution and looked nice even on a big TV. The editing between sources is seamless on the audio and video. So this is approved.

Thank you so much for your kind words! It feels good.

I do have alot of people to thank. Telecine7 for providing the new lightsaber blades and blaster bolts as well as consistent lights on Vaders chest, Sir Ridley for the hyperspace shots, adywans star wars revisited which I borrowed audio from in a few places, and chainsawash for doing technical proofing and pointing out some errors to me, as well as designing the cover that will go with the eventual bluray release.

Wow, this is exactly the edit I've been waiting for. I don't mind minor touches to clean up continuity errors or smooth out dated effects, but I don't want to be slapped in the face with this monstrosity