Phantom Edit/Attack of the Phantoms

Does anyone have artwork for either of these titles? The FE Attack page shows images of it, but no download link. There's no artwork at all for PE. Anyone?

EDIT: I stand corrected, there is a download link on the Attack page, I just didn't see it the first time. I'm still looking for PE art if anyone has it... 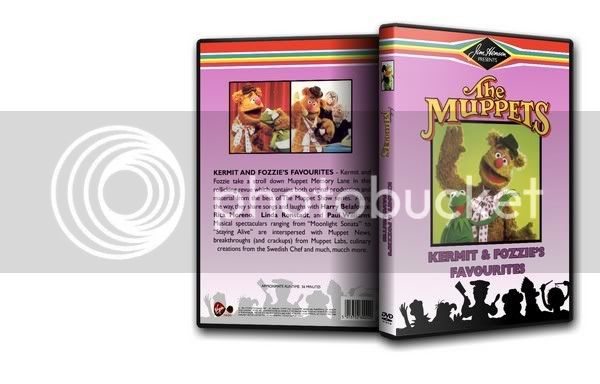 The Muppet Revue was released on VHS in 1985 by Playhouse Video, as part of a series of compilations
featuring songs and sketches from The Muppet Show. It also contains new framing material featuring
Kermit and Fozzie (with appearances by Animal, Gaffer, one of The Muppaphone, and a lobster).
Among the clips included are appearances by guest stars Harry Belafonte, Rita Moreno, Linda Ronstadt,
and Paul Williams. When it was released in the UK by Virgin Videos in 1984, it was re-titled as
Kermit and Fozzie&#39;s Favourites. It is the same release except for the title. This is the only one in
the series that had a title changed. In the Australian market, the cover box art called it
Best The Muppet Show Vol. 1 but the film remained the same as The Muppet Revue.