In short: David Cronenberg's Videodrome edited to have a tone and style reminiscent of Shinya Tsukamoto's Tetsuo: The Iron Man.

Both films are surreal body-horror sci-fi in which the protagonist struggles to understand what's happening to them as their bodies undergo sudden and terrifying changes. However, Videodrome is presented in a more conventional narrative structure, and I think that presenting it in the style of Tetsuo makes for an interesting take. As well as changing the video to black & white, with contrast tweaked where suitable, I have spent some time re-scoring the film - mainly with a combination of Mad Capsule Markets, Melt Banana and the original Tetsuo soundtrack.

When I first started the project, I was still working on a straightforward condensed version of Videodrome's narrative, with the following as an opening sequence:

I've watched Videodrome a bunch of times before, but it's not until trying to condense the narrative that I realised just how much of Max's interactions with other people involve exposition. By contrast, Tetsuo has very little in the way of outright exposition - it's more concerned with events that its protagonist struggles to understand. The more I thought about this, the more it felt right to trim back the story and exposition further, to the extent that while Max still works for City TV in a production role of some kind, we don't see as much of his workplace interactions - this allows for (more) ambiguity as to whether Max's obsession with Videodrome is personal or purely in the pursuit of his job, and also allowed me to change the context of a couple of scenes for narrative purposes.


Since this is more of a short than a feature-length edit (final runtime 40 mins, 15 seconds including credits) I have decided against creating a DVD image for it. I have a ~500MB MP4 uploaded to Vimeo, and a ~1.6GB MP4. I did put together a poster based on this lovely effort: 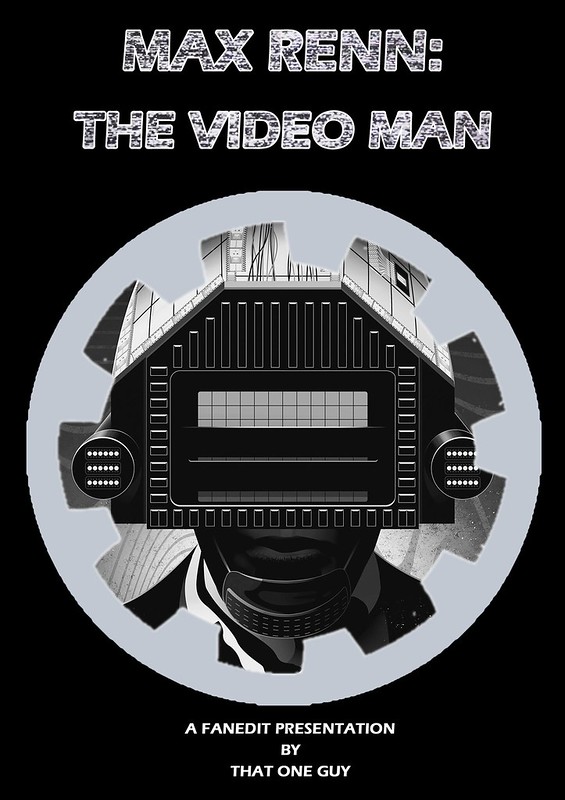