After my two in one edition of FUTURE COP (Mad Max 1&2), the plan is to do something with the remake
The third one in the Mad Max trilogy with Gibson was a great disappointment, so i kept it by the first two
BUT, the remake was outstanding, although you see not in this cut that he was a cop, the car and the shotgun are back
I make this better, faster, stronger. (Where have i heard that before?)
Well, i don't know if it's gonna be better that is up to the viewer
I make two versions of this, a color and a black and white edition
I start with this next week after i finished the Ash vs The Necronomicon chapter 2.

What changes will you be making?

Well, like the most of my 55 edits (actually more with the DF's but i lost count)  it's gonna be faster and more to the point
I have some ideas but they are more on the loose in the making of this project
You know what they say: If you throw enough shit on the wall some of it will stick
Of course i will give updates in this thread if i have something new
But it must be a wild action ride

I am now for sure that this whole project will be only in black and white
There will be flashbacks of the original Mad Max
Now there's a big difference between Hardy and Gibson but in the flashbacks you see Gibson only on his back
To create something like he was in the past, a cop and much younger
Now and then I work on this project but I'm also busy with some (blog) projects so this one takes a while....
But eventually it will happen.....

Zamros said:
What changes will you be making?
Click to expand...

Although I started with the Dario Argento triple I am now fully working on this edit
I cut this like some sequel of my Future Cop edit and I must say it's a lot of work
The original movie is fast, but I wanna make it faster and different of course
First of all, it begins with an alternative opening of the first Mad Max
In my version, Gibson plays the "young" Max and what I did was to use scenes that you don't see his face
It's from the back, the side and I made some 25 cuts in the first 7 minutes to pull this off nicely
In these scenes, you hear also the voiceover of Hardy, I cut some bits and pieces of his comment what was also a lot of work to make it sound right, but it worked
In this remake, there were also some flashbacks or hallucinations of Max but I cut that, it's not usable for my story and I used a flashback scene where his wife and child are murdered by the motor gang
So my intention is to make a "connection" what was happening in the first original Mad Max and this so-called remake
Well, now I'm really IN it, I'm gonna finish it, so for the next 14 days I work constantly on this cut
I use music overdubs of Mad Max and The Road Warrior but also from Simon Boswell
If everything is going well I think it's done by the end of November
The IFDB release will be in black and white but there is also one to pick up in color on my blog
I update this one more time when it's done
That's it
G

Will there be a difference with  the b+w and colour version like unrated  or will they be identical in length.?

No, identical. it's only for those who like the color edition more

This edit is practically done
The running time is 88 minutes
The action is faster, flashbacks to the first original Mad Max
The flashbacks show what he was in the past and what was happening to his family and because of that we see a man who still grieves about the loss of his wife and child
The fact that he couldn't protect them
Numerous (little) cuts have been made mostly in the non-action scenes
Eating the lizard is cut (What the hell was that?) also a night scene what's hold's up the (my) story is gone
Hallucinations are cut of Max in this remake
Music overdubs of Simon Boswell (Opening credits) and also from Brian Eno
I used here and there some music of the Road Warrior
Like I said I made this edit as a sequel to my Future Cop edit and (I think) it's succeeded
Two identical editions in black and white and color
Release date on my blog is November 30 and in the beginning of December on the IFDB
Well, further with the edits of Onkel Argento

maniac said:
Eating the lizard is cut (What the hell was that?)
Click to expand...

It's called trying to survive in a post-apocalyptic landscape. It's not like he could stop at the Piggly Wiggly for a hot dog...

maniac said:
Eating the lizard is cut (What the hell was that?)
Click to expand...

It's called trying to survive in a post-apocalyptic landscape. It's not like he could stop at the Piggly Wiggly for a hot dog...
Click to expand...

ThrowgnCpr said:
It's not like he could stop at the Piggly Wiggly for a hot dog...
Click to expand...

Are there even Piggly Wiggly's in Australia?
Chain has always struck me as Dixie based.
Like Winn-Dixie or Stuckey's.

Vultural said:
Are there even Piggly Wiggly's in Australia?
Chain has always struck me as Dixie based.
Like Winn-Dixie or Stuckey's.
Click to expand...

I don't know man, never been in Australia

Of course there aren't Piggly Wigglys in Australia. That wasn't the point. It was a simple exercise in logic.

I appreciate any post that contains both "Piggly Wiggly" and "logic." 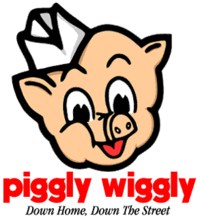