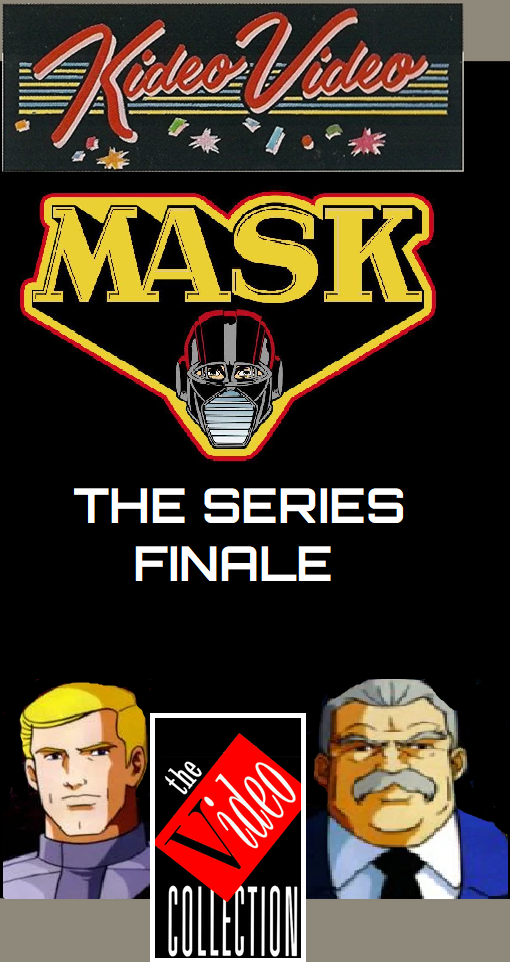 I have, over the years, long desired to give M.A.S.K proper closure, I recently had a notion for that, using the season one episode “Eyes Of The Skull”, it’s so good and would have made a brilliant last chapter if not for the big reset at the end…which doesn’t matter anyway because by the racing season Matt and M.A.S.K are public knowledge, and Miles is tied to M.A.S.K’s creation.

So if a ‘finale’ must be made, I had considered portions of both episodes, the lion’s share of ‘Eyes of the Skull’ but without the reset ending, a fragment of “For One Shining Moment”, up until the hand shake, but cut around any references to Matt having a public connection, or Miles being involved with M.A.S.K and working with Matt.

Sounds easy right? Some of it was, but ultimately I was left dissatisfied, it just did not connect all that well. It’s all too evident these are different shows and too much goes unexplained.

This is one of those instances where you just have to ignore things you don’t find all that bad and focus on where the strengths of the franchise lie, and that’s in the original 65 episode run. Combine “Eyes of the Skull” with another episode from the run that comes the closest to a climax for the show. Not so hard a task as you imagine, as I’ve edited the episode best suited for this mission before to make it more ‘climatic’, that being Assault on Liberty.

Combining the majority of “Skull” with “Liberty”‘s first act and all of it’s third works so much better, and the reset endings of both are just as easy to snip off.

I also specially filtered it so it resembles an authentic VHS copy.

So that’s it, after working ‘overtime’ (two nights and seven drafts), M.A.S.K have finished fighting crime. Hope you enjoy their efforts as well as mine

Drop me a PM if you want to see it.