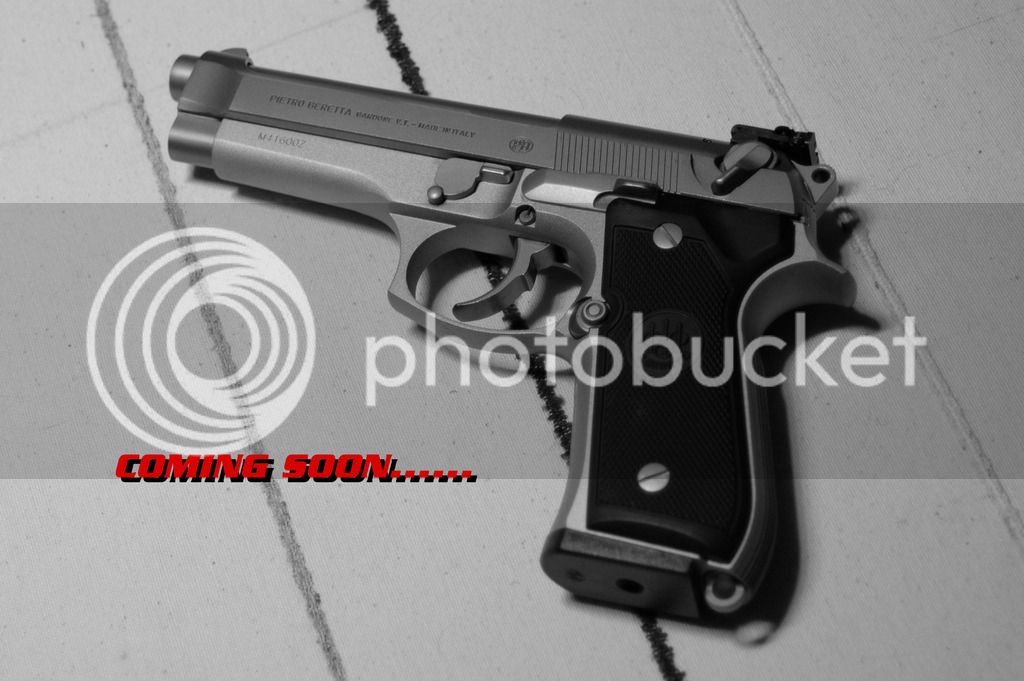 Dammit it's just a picture! I can't pick it up and shoot anybody with it.

Hahaha, trust me, if it was a real Baretta, there's quite a few people I'd happily shoot with it myself!

hoping it's not mission to mars!

(you tried to save it, man, but the movie's not worth your skillz.)

Haha, no ssj. Something different. All I'll say is it's my first extended cut

I'm not saying a word lol. I shall announce properly once the film has been ripped from blu ray, along with the deleted scenes

JetSetWilly said:
Hahaha, trust me, if it was a real Baretta, there's quite a few people I'd happily shoot with it myself!
Click to expand...

must be a swordplay movie. :-D

Well.....he dropped it in some paint lol

It's an edit of Loaded Weapon 1 right? 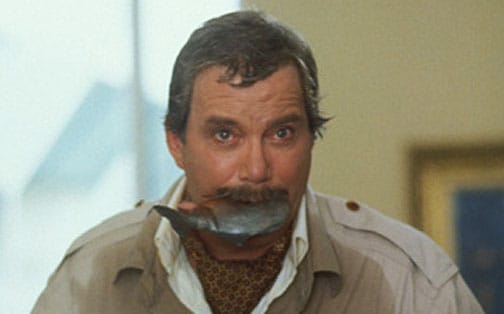 That's right, with more Shatner! lol. Here's a poster I threw together last night (about 2am in the morning as I couldnt sleep lol) 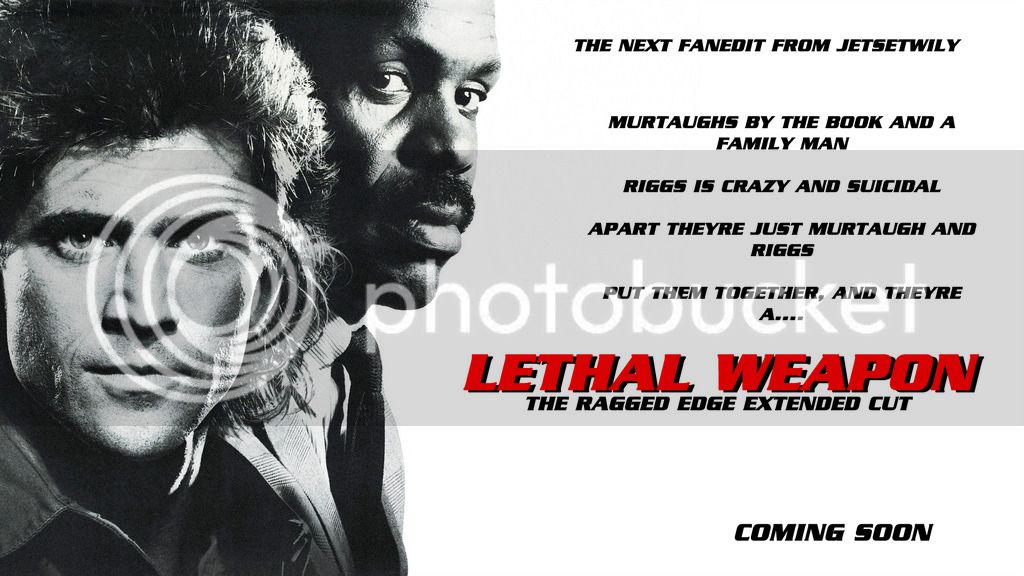 So, after editing about 16 minutes, I've managed to put back in 3 extra scenes:
- Riggs throwing a beer bottle at the TV
- Murtaugh at the shooting range
- the alternative introduction to Riggs

To make the alternative introduction scene fit as an extra scene into Riggs' "don't give a shit" attitude, I've changed around a few scenes as a result:
- After Murtaugh's shooting range session, we now cut to Rigg's at the drug deal
- Then we cut to Murtaugh driving to the jumper scene
- then we cut to the school sniper scene
- Riggs in the bar
- Riggs trailer

So far, it's coming together quite nicely. Plus, I'm going to try using the alternative ending too, to make the film a self contained movie, which means because I've ripped it from the LW4 disc (it was in the documentary Pure Lethal), I'm going to have to zoom and crop out the writing which comes up. I hope it works.

JetSetWilly said:
- Riggs throwing a beer bottle at the TV
.
Click to expand...

I think this is in the original cut, no?
I've made a short edit of this movie last year and I used this scene. Or is it an extended scene?

TMBTM said:
I think this is in the original cut, no?
I've made a short edit of this movie last year and I used this scene. Or is it an extended scene?
Click to expand...

It's from the "Director's Cut" which A) isn't on the BD and B) wasn't actually a Director's Cut, just a marketing thing from Warner Bros.

That is correct. They bunged the original theatrical version on BD, and put the extended scenes as a bonus, with other little extra scenes. Some of which are a really poor quality so I don't really want to use them. Plus, I don't think they add anything at all so I'm sticking with the scenes from the directors cut, the alternate opening and the alternate ending.

I know. I was looking forward to adding them in, but there's some really back scratches to the film that hasn't been repaired at all. It would have taken the run time to over 2 hours though. Ill give them another watch and see if I can use any, if they're good enough of course.
You must log in or register to reply here.
Share:
Facebook Twitter Reddit Pinterest Tumblr WhatsApp Email Share Link
Top Bottom