The Mummy 1999 was on a television at a restaurant I went to last week. It looked so bad...
I was never interested in watching the movie, because I have no interest in mummies. I have no idea why this is the franchise Universal decided to reboot first to set up their new Dark Universe.
Are there mummy fans out there who watch the original The Mummy more often than any other classic Universal horror, and with the Brendan Fraiser movies being their favorite film series of all time? Is there a demand for The Mummy that I just haven't witnessed? I just don't understand.
Also, it's worth noting that there was a Scorpion King movie that came out after the Tom Cruise Mummy, meaning that the old and rebooted franchises are going on at the same time, which is weird and amazing.

jrWHAG42 said:
I have no idea why this is the franchise Universal decided to reboot first to set up their new Dark Universe.
Click to expand...

It's just marketing fluff since movie producers thought the shared universe concept was what made Marvel its money. They reboot all their monster films every few years. You could easily put Van Helsing into the 99 Mummy franchise from the tone and time it came out. It has several Universal monsters reimagined all in one movie, but didn't make the money they wanted.

Then they rebooted The Wolfman in 2010, then Dracula Untold, then The Mummy, now they're doing Invisible Man. They haven't changed or slowed down anything, they're just marketing the movies with a different colored label.

To go back to the thread topic, I do like that video, and agree the Indiana Jones formula and character is hard to replicate, but often attempted.

jrWHAG42 said:
Are there mummy fans out there who watch the original The Mummy more often than any other classic Universal horror, and with the Brendan Fraiser movies being their favorite film series of all time?
Click to expand...

Am I a fan of the extended Mummy '99/Scorpion King franchise generally? No. Do I think The Mummy '99 is an excellent adventure flick that looks great, has an awesome score, first-rate characters and performances, suspense, thrills, laughs, and chills, and is a better film than any of the Indiana Jones films after Raiders? Damn right, I do.

I like The Mummy and The Mummy Returns. Tomb of the Dragon Emperor isn't terrible. Scorpion King is, and I never saw any of its sequels.

So it looks like Indy 5 is moving along in production again.

I had doubts about it hitting its target date of Jul. 9, 2021 (a date from one of those calendars Disney releases where they claim a bunch of release dates without having much information about what's being released). Spielberg has been working on West Side Story, and that doesn't come out until Christmas, so I figure there wouldn't be enough time. And the film's release date has been pushed back a couple of times already. But Harrison Ford has been making the rounds for interviews for his upcoming Call of the Wild movie, and he keeps mentioning that Indy 5 goes before the camera in a couple of months.

David Koepp worked on the original screenplay before Jon Kasdan (son of Lawrence, who wrote the original) took over. Then it got passed to Dan Fogelman, and now Koepp is back on it again (confirmed in the very last line of this interview).

George Lucas is, as far as we know, still executive-producing.

That's all for now. Sports and weather after the break.

Tomb of the Dragon Emperor: an objectively mediocre, as in not-awful, movie that nevertheless just might crush your soul if you bother to watch it. (Which, in 2020, why would you?)

As with everything Lucasfilm these days, I'll believe it when I see it (in production).

I once read a review of "The Mummy: Tomb of the Dragon Emperor" in which the critic compared it to dragging the corpse of a dog around in front of the family that owned it in order to remind them of how much fun they had with it when it was alive. I consider it one of the most apt criticisms that I've ever read.

Wow, who would have thought...

I hope it's just a scheduling issue due to the aforementioned post-production of West Side Story and not an unhappiness with the project's development.

At least they've got an A-list director working on it. They didn't bring in some direct-to-video guy; they brought in the guy behind Logan as well as some Oscar-nominated stuff. So I'm trying to stay cautiously optimistic.

Hard to do after Indy 4

At the risk of pretentiousness, Mangold consistently makes solid flicks, whereas Spielberg sometimes makes great films, and often makes legitimately important ones. So, if this frees Spielberg to deliver another Lincoln/Bridge of Spies/The Post sooner rather than later, I'm all for it, particularly given my lack of enthusiasm for his West Side Story remake.

It's not impossible to make an elderly Indy film that is good but it's not likely. The 'Creed' formula that worked so well would work here, where he is now the broken down old mentor of a new young adventurer and playing not the character we are mainly interested in. But they kinda did similar things in TFA and in Indy 4 already (and aced it in the case of the former and screwed it up royally in the latter case).

I'd rather they rebooted with a new younger actor (I'd actually rather they left the franchise alone) and was giving it some thought. Leaving aside casting an unknown, I thought about Chris Evans. He fit the WW2 era like a glove in Captain America, like he was really an actor from the 30s/40s. Plus he's a great actor, he can do the action stuff, has charisma to spare and can easily go to the darker extremes of a character like in 'Snowpiercer' and 'Knives Out'. 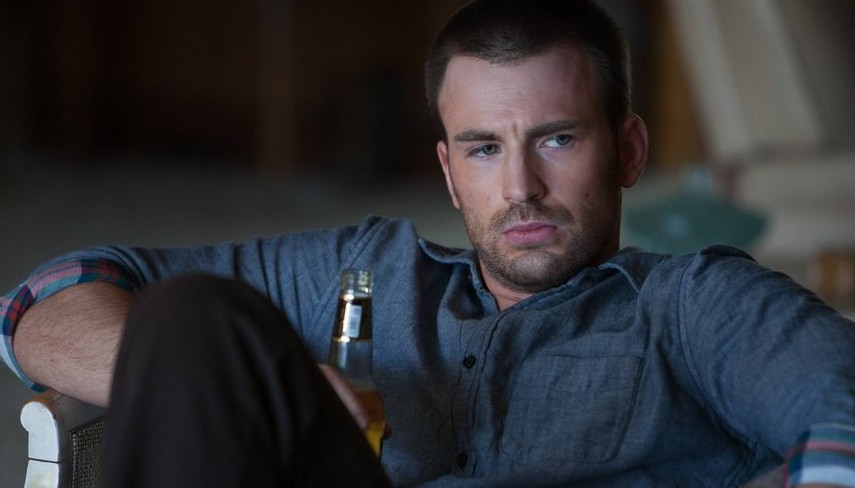 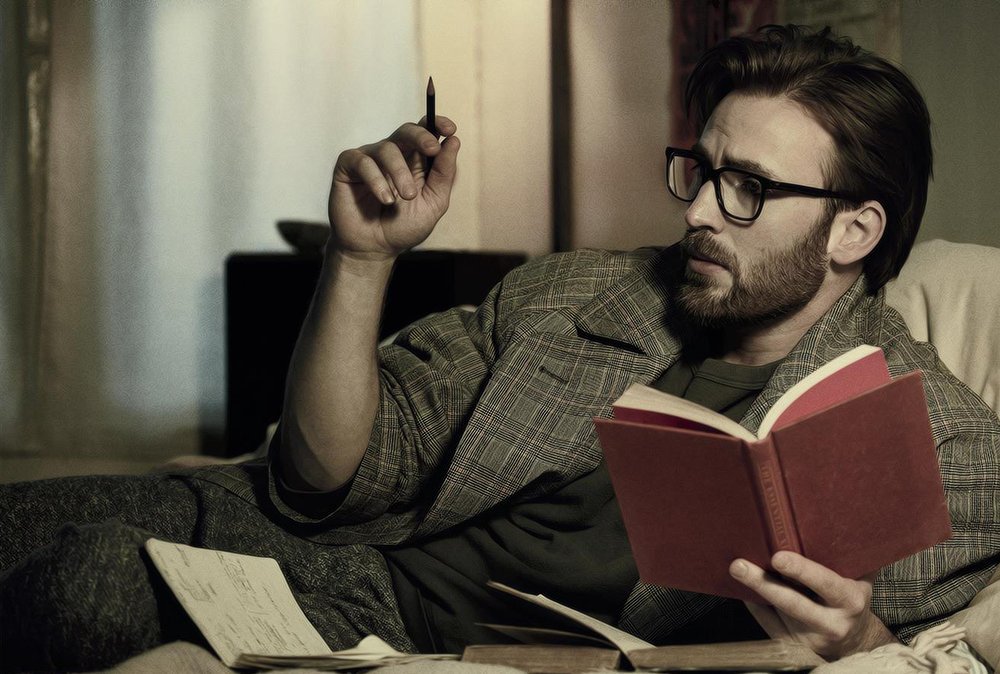 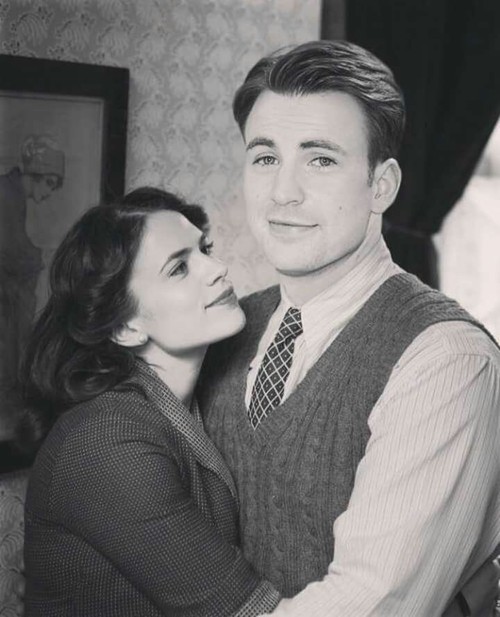 I'm guessing Lucas has less of a hands-on role than he did in Indy 4. I think that one was his idea, and now they're pursuing whatever idea everyone else wanted to do last time.

Well, that was 15% insufferable and 85% adorable, which makes it a much better watch than most official bonus features these days! Thanks for the reference.

My take on an aging Indy would be to make a lovecraftian mystery as the main story and focus on the "professor / Sherlock Holmes" side of Indy and let younger actors (who would rather be Indy's students than members of his family...) do the action.

The opening could be Indy and his students searching for an artefact somewhere (or simply visiting a place), so you could have a first scene presenting the main characters and Indy as their teacher. During the opening Indy and two or three students are separated from the rest of the class after some events and they are forced to go deeper into an unkown temple (or cave, or some things like that). The end of the opening would be them getting out of this temple with some new knownledge that forces them to go on an adventure together.

Knowing Marion does not want him to go on a new adventure, Indy would lie a bit to her, saying the school asked him to, once again, go out of his retirement to participate to some speech somewhere. But he will be back for her painting's private preview with all her friends in three days! No problem.

Of course at the end of the movie he arrives just in time but with his hat and muddy jacket in the middle of all the well dressed guests!

I'm no expert on how the Indy films should/did look but these new 4K blu-rays are looking pretty terrific to my eye, so much extra detail and texture (obviously you need to watch these comparisons in 4K to get the full effect):


I still don't like the look of Indy4 but the new transfer looks a little more balanced:


I might have to finally get a UHD player.

I have an old VHS copy of the original trilogy, and I've been putting off upgrading because they've always been easy to stream (currently on Paramount+ in the US). When the final movie comes out, I'm planning on picked up a UHD boxed set. 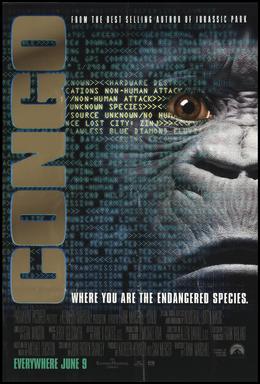 I've long believed that archaeology-themed pulp adventure stories just don't work in the modern age - not only is there the implicit baggage of imperialist (at best) overtones to deal with, there's just something about the feeling of adventure and discovery that falls apart when one brings in flashlights, automatic weapons, and (shudder) digital gadgetry. Does Congo, a 1995 movie based on a 1980 Michael Crichton prove me wrong?

Oh, heck, no. Granted the first half, in which a ragtag group of weirdos go off in search of King Solomon's Mines (making this story a quite literal H. Rider Haggard update), is fairly pretty decent. In classic adventure story style, the journey to the lost civilization is a long and hazardous one; we've also got Tim Curry hamming it up and Ernie Hudson playing a dashing adventurer, both of whom are fun. The representation of Africa and Africans (much of it shot in Costa Rica) is definitely suspect, so giving us a fearless Black leader, even a British one, was a good move.

Unfortunately, once the team gets to its destination, the movie falls comprehensively apart. Tim Curry's character is sorely lacking a twist, a half-baked sci-fi element including diamonds and lasers (and a ripoff of Aliens' sentry guns) never really congeals, and a primary plot about returning a sign language-talking ape to her home jungle proves utterly tangential to the main story. Laura Linney is laughable as a badass former CIA operative, though the role as written is a mess. Dylan Walsh is kind of charming as the nominal protagonist, and his relationship with Amy the gorilla (a quite respectable Stan Winson suit effect) is quite nice, but the movie is such a mess, it can't decide whether to pair them up or not, and ends up just shrugging into the end credits.

The climax, meanwhile, is surprisingly gruesome for a mid-90s PG-13 adventure heavily advertised to kids, and yet it was still so ineptly staged, by career Spielberg producer (and only occasional director) Frank Marshall, that I laughed aloud at the movie several times. There's an almost community-theater feel to some of the scenes, despite the abundant Hollywood resources on screen.

So, is the movie worth at least one watch, especially for fans of pulp adventure, for the reasonably enjoyable first hour and the comically pitiful second half? Sure... I guess.