Speaking of Indy, I've just happened upon an (incomplete) online comic adventure of sorts, using pictures of posed action figures. I'm not quite the type of nerd to actual pore through such a thing on a monitor, but the imagery looks pretty impressive. It's called Indiana Jones and the Mayan Secret - a lousy title, but for more devoted Indy fans than myself, maybe worth a look: 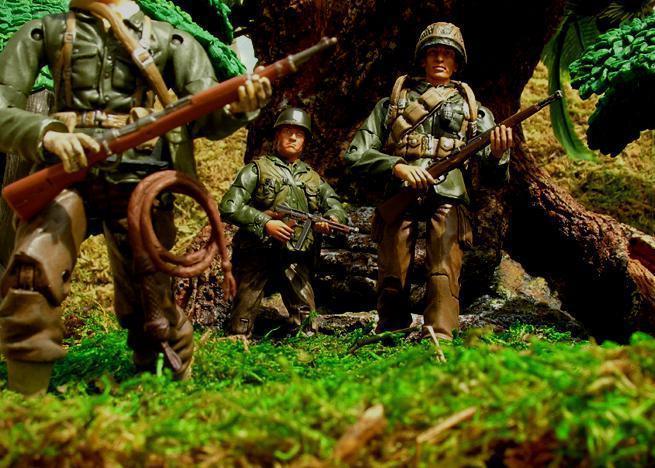 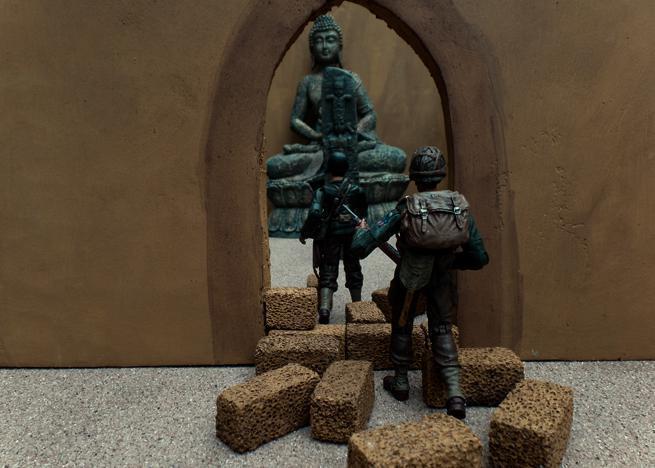 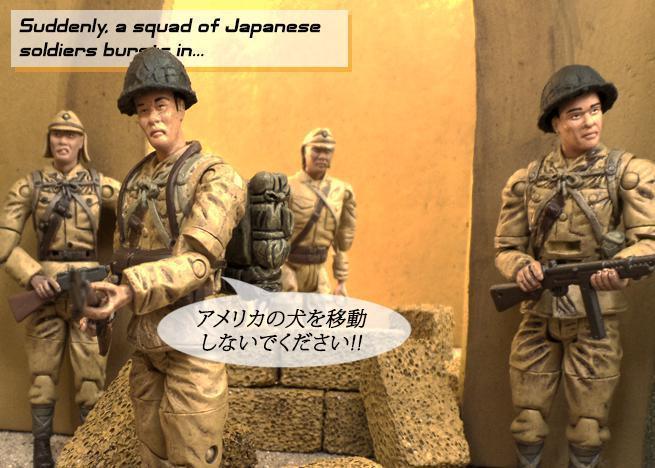 I scrolled through it.
Imagined a slide show with Williams music.

Another fan has done a "fanedit" of that fan animation, by adding in all the soundFX...

...now if a third fan could just edit that to bring the music up in the mix then it'd be perfect  .

TM2YC said:
...now if a third fan could just edit that to bring the music up in the mix then it'd be perfect  .
Click to expand...

assuming no music changes, just mix the two sources, and use more of the original audio

ThrowgnCpr said:
assuming no music changes, just mix the two sources, and use more of the original audio
Click to expand...

I know but that'd take effort.

(But... Raiders is the middle chapter!) 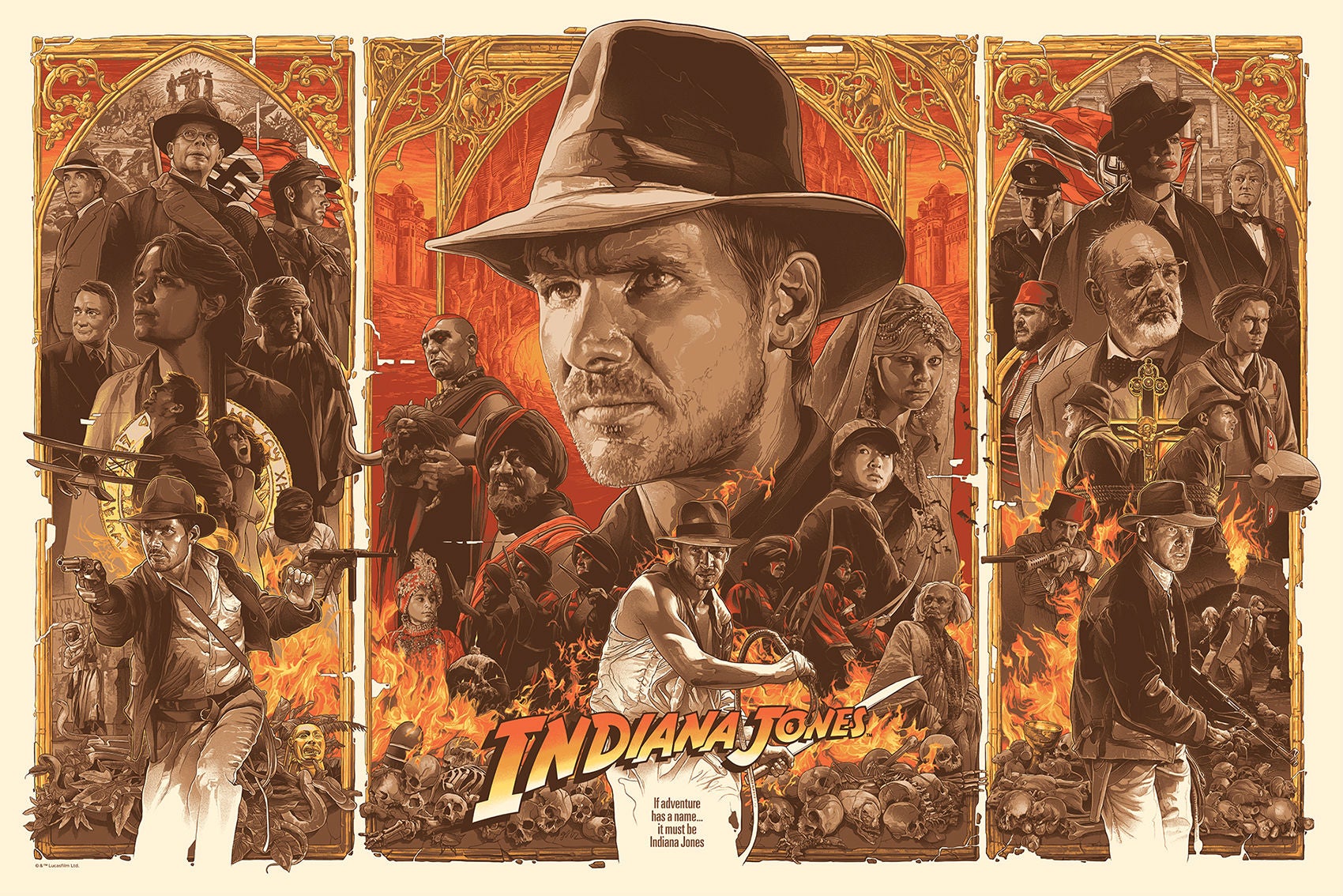 ^ Those would be illuminations in my holy book.

Much to my surprise, David Keopp's script was thrown out a while back. (While I feel he's a tad overrated myself, he has a really good working history with Spielberg, so the rejection was surprising.) Now, Jon Kasdan has been brought in to do a completely fresh take on the material. And having just seen Solo and liked it, I'm a bit more excited for this project now.

The producers are also creating a "writers' room" where multiple writers can pitch ideas that may end up in the final project. While writers' rooms are normal on TV shows, where one has to fill an entire season with episodes, they make me nervous when they're used for feature films with shorter running times. A recent film that used a writers' room? Transformers: The Last Knight.

That being said, Spielberg is not Michael Bay, so I'm keeping an open mind about this.

The film has now been pushed back to 2021, which makes me seriously hope that the movie is set 40 years in the past, which would make it 1981--the same year that Raiders of the Lost Ark was released.

TomH1138 said:
The film has now been pushed back to 2021, which makes me seriously hope that the movie is set 40 years in the past, which would make it 1981--the same year that Raiders of the Lost Ark was released.
Click to expand...

The 80s was when the states really started to get involved in the Middle East, so Indy back in the desert would be cool. But, given that the film would come out just over 10 years after Kingdom, it's probably more likely to occur in the late 60s/early 70s. Indy's most likely going to South-East Asia in this one.

You're probably right that it'll be late '60s/early '70s (in keeping with the usual chronology), but there has been a bit of fluctuation in the series. There was only 45 years between 1936 and the release of Raiders in 1981, and when Harrison Ford appeared as Indy in a framing sequence for a Young Indiana Jones episode, the setting was 1950, even though it was only four years after Last Crusade, which was set in 1938.

Also, in Crystal Skull, Ford was playing younger than his actual age, and it showed a bit. By 2021, Ford will be 79. In 1981, Indiana Jones would have been 82. So Ford would actually be closer in age to Indy if they sped up the time a bit instead of keeping it the same as Crystal Skull.

I didn't recognize the name, so I looked up Angkor Wat. Looks beautiful! Some cool-looking ruins, too.
M

Angkor Wat is awesome. Here’s a couple of my photos from our visit in 2010.  The top picture may look familiar as it was a set for one of the Jolie Tomb Raider movies. 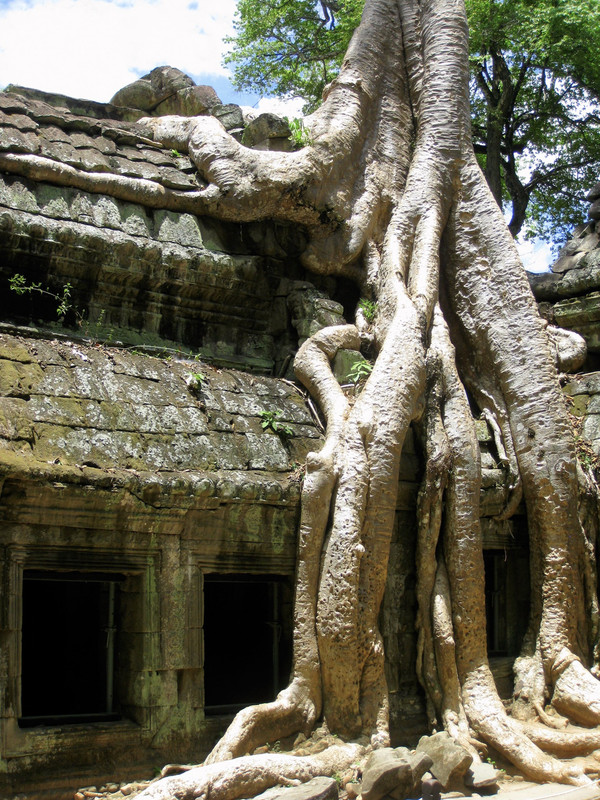 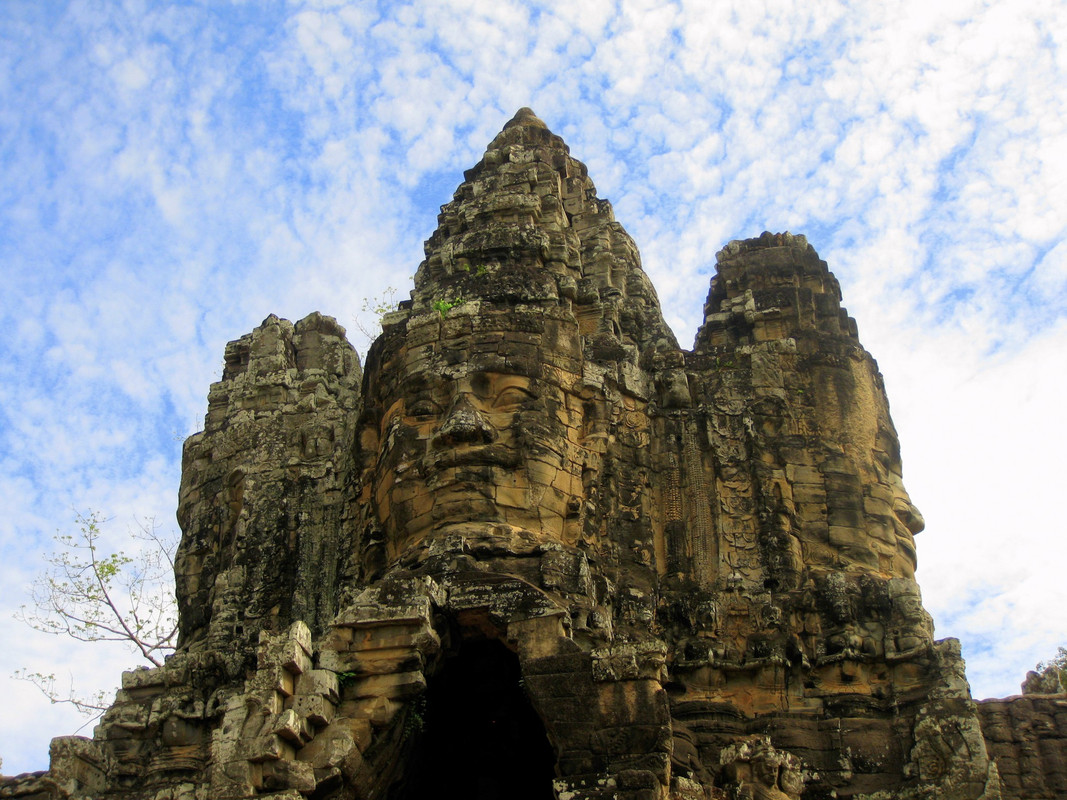 Figured this might as well go here... anyone else read this, or other Haggard works? 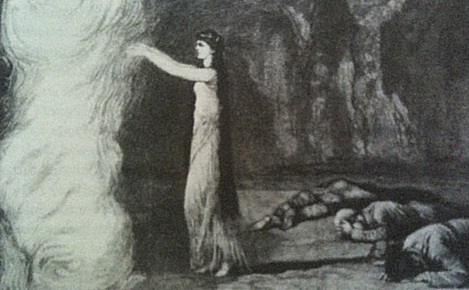 I just finished reading H. Rider Haggard's She, which, along with his prior novel King Solomon's Mines, is his best-known work. (King Solomon's Mines, of course, introduced the character of Allan Quatermain, a key inspiration for Indiana Jones, and who was portrayed in the League of Extraordinary Gentlemen movie by Indy's father himself, Sean Connery.) Both Mines and She are seminal works of the lost world adventure genre. (This was my first book of Haggard's.) Indeed, there are lots of elements of She that I recognized from later works - some of these echoes may be coincidental, but in most cases the authors in question had almost certainly read their Haggard:


- LotR's Galadriel's vision-displaying water basin is lifted directly from She, and her freakout mode, especially as seen in the movies, is also a clear inspiration.
- The Mummy ('99)/Legends of Tomorrow S1: Ancient Egyptian romance that persists across millennia and countless reincarnations.
- King Kong: a barbaric tribe of humans living on the outskirts of amazing ruins of a long-dead classical culture.
- HP Lovecraft: fetid caverns of innumerable bones, lost languages, sights so strange and awful as to drive men mad and to their deaths. (Also, the distinct possibility, as implied by She, that the Judeo-Christian schema of the divine and afterlife is pure wishful thinking, and that the cosmos is largely indifferent to humanity and morality.)
- Doyle's The Lost World: Professor Challenger strongly resembles this book's narrator, Horace Holly.
- Indiana Jones and the Last Crusade: death by instant aging finds a direct precedent here.
- Star Trek: First Contact: The ageless Borg Queen's use of mute servants, and her fixation on finding a lover who will help her conquer the known world, is very similar.
- Heck, even the MCU: She's insistence that there's no such thing as magic, only science not yet understood, is quoted nearly verbatim by Thor in his first movie at least.
So, then, how's the book itself? Well, while it's thrilling in parts, and builds to a completely satisfying conclusion, it's also a bit of a slog. Though it contains many striking passages, scenes, themes, and turns of phrase, it lacks the brevity, wit, and engaging characters of Doyle's The Lost World. While the central She is a fascinating enigma, only the narrator has much complexity to him, and there are many instances in the second half where She monologues on and on and on and on. Given that the book is of course in the public domain, there's definite fan editing potential here for a judicious trim. Unlike The Lost World, which is as delightful a read as any book or popcorn movie, however, I don't see myself revisiting this anytime soon.

In our sequel/franchise-obsessed age, it's interesting to note that Haggard subsequently wrote a sequel to She and two prequels, one of which has She meeting Allan Quatermain. I read the Wiki summaries of these other novels, and they sound like weak dilutions of this story's elegant simplicity at best, and self-sabotaging retcons at worst. I'll likely give King Solomon's Mines a try someday, but don't foresee reading any of the other She novels.

I have a hardcover book containing three Haggard novels (including "She"), but haven't read it yet. I have read "King Solomon's Mines", though. It was over a decade ago, but I remember it being very good.

There have been many movie adaptations of "She".

The first was "The Pillar of Fire" (1899), directed by Georges Méliès.


Marguerite Snow starred in a 1911 version.


There's a 1925 silent version directed by Leander de Cordova and G. B. Samuelson and starring Betty Blythe and Carlyle Blackwell.


There's a 1935 Merian C. Cooper version starring Helen Gahagan‎ and ‎Randolph Scott‎ that sets the story in the Arctic instead of Africa and portrays the lost city of Kor as being designed in Art Deco. It's also scored by Max Steiner. I have it on Blu-ray (as part of a double feature including "Things to Come"), but haven't gotten around to watching it yet.

There are others as well. All together, there are at least eleven movie versions.

The trouble with adapting She as a movie is that, despite the reincarnation/romance plot, the heart of the story really isn't a drama at all, but rather a travelogue with a few strange incidents and an enigma of an ancient young woman. Haggard may have helped inspire Indiana Jones, but the experience of reading the book felt more like Prometheus than Raiders of the Lost Ark, and I suspect that any dramatization that emphasizes the drama would inevitably be hokey. In that regard, it might be an ideal project for Christopher Nolan, who I'm not a big fan of generally... not that the story cries out for another movie at all (especially with all its casual Victorian racism). Not when we haven't had a serious film adaptation of Doyle's The Lost World in generations!

Hearing all the positive buzz for Star Wars Jedi: Fallen Order got me wondering about the lack of recent Indy games...