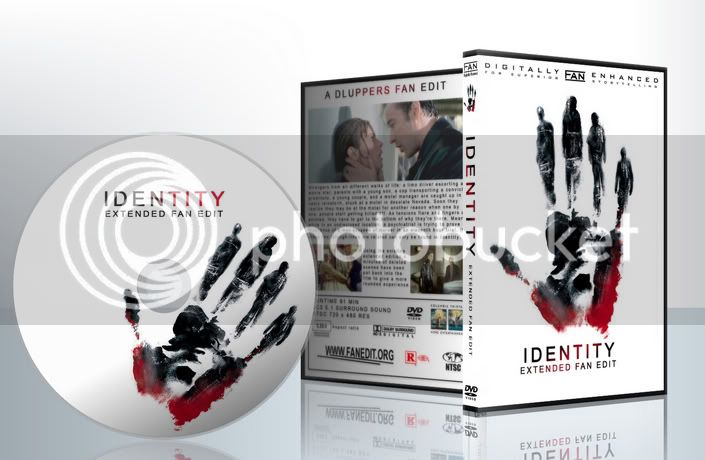 using the already extended cut of the film that comes on the retail dvd,i decided to reinsert the 4 deleted scenes back into the film to give a more rounded experience,and as the original film is only 87 minutes long,any added minutes are welcome.This will be replacing by dvd for future viewings.

scenes added:
1 - after the newly married couple arrive at the motel they quickly acquire a room for the night,in the original scene they walk into their room and close the door and the next scene starts,now a deleted scene shows the couple in the room arguing about the hooker and her husband looking at her boobage ,the hooker comes to the door complaining of the noise and said he was looking....quite a funny scene as the guy is busted for looking
2 - after ed(john cusack) has stitched up the neck of the dying woman it cuts to the womans child looking out the window at a convict being escorted by a cop,the deleted scene shows the convict getting out of the car and cop trying to find a secure room to place him in-i thought it was a better introduction to the convict and there is another boob joke
3 - after the actress is killed in the rain,ed wakes up to the sound of a scream,he goes outside to investigate and immediately finds the trail to the body,i didn't like this so the deleted scene adds more of ed investigating the noise and checking in on the other motel guests before he finds the clues,more realistic in my mind .
4 - this is a very minor addition,it basically alters a scene where the mental guy is being questioned by some guys,we see ed strapped to a chair,he is shown a mirror where he sees his real reflection,the original shows ed freaking out in the chair,the deleted scene cuts this and shows the guys real face and him freaking out.

I thought about doing a fan-edit of this but never really got around to it. Glad to see someone did. I am definitely going to check this out. Any chance of a torrent?
D

Jack Tourette said:
I thought about doing a fan-edit of this but never really got around to it. Glad to see someone did. I am definitely going to check this out. Any chance of a torrent?
Click to expand...

i first searched for a fan edit of this as well,when i found none,i had to do it myself,i'm glad i did as this ,to me is now the definite version
whats wrong with rapidshare?
i don't do torrents,mainly because my upload speed is shit
J

RapidShare takes too long for me, you can't download more than one file at a time with a free account. With a torrent I can leave my computer running for a few days, even with MediaFire I could leave it running as well.
D

Jack Tourette said:
RapidShare takes too long for me, you can't download more than one file at a time with a free account. With a torrent I can leave my computer running for a few days, even with MediaFire I could leave it running as well.
Click to expand...

have you not thought of getting a rapidshare account,they don't cost too much,u could download a dvd in about an hour,its worth the money
J

Yes I have and that cost money, which is a thing I rarely ever have. -_-
D

Jack Tourette said:
I enjoyed the movie Identity but felt some parts were rushed as well as the overall movie experience, this edit changed that for me. I enjoyed the extra scenes and in the end it did feel like a more well-rounded film. Also on a side note the cover designed for this is much better than the actual DVD cover itself (who the hell decided on that one?!). Good job Dluppers.
Click to expand...

That quote was from the main site,so i thought i'd reply here,
i'm happy you managed to download and watch this,and i'm glad you feel the same way about the added scenes.
the dvd cover i made is actually based on the dvd i've got(here in the uk),but mine is a little more simplified
J

Us in the USA got this garbage. :mrgreen:

ugggg, I hate the floating heads covers. such garbage.

Us in the USA got this garbage. :mrgreen:
Click to expand...

wow that is pretty bad lol