JJPotter said:
I had to do that with a couple of scenes where I added sections to montages (the Umbridge scene and the intro to Deathly Hallows Pt. 1). Initially, I looked at removing the audio from a couple of channels, but the way the audio was mixed for those films, some of the background music bled over onto the vocal tracks. So, I pulled the audio into an audio editor (I used Audacity for these particular scenes) and took the soundtrack audio of the same song on a different track. I inverted the soundtrack audio and lined it up as close as possible to the main movie audio. Basically, the two audio tracks cancel each other out since they are out of phase. This left just the dialogue. I could then add the scenes I needed to.
Click to expand...

That's pretty impressive. This could do wonders on my planned fan edits.
T

Love these edits and these are my new go to Harry Potter editions,is there any disk and cover art as I wanted to display them.

Since I only created these as digital m4v files, I didn't create any DVD or Blu-Ray artwork. I did create the images that you see on the IFDB site.
T

No problem,thanks again for all the hard work and keep it up.

So I have all of these and have been struggling with them for the last month or so.  PoA is in mkv format, but the others are in m4v.  PoA plays just fine, but I can't get the other files to play in VLC or any other player.  I tried to convert them, compress them, re-label them...nothing works...nothing will read the files.

I asked for help in the technical section and tried their advice but to no avail.  Has anyone else had an issue with playing these or can suggest what to do?  Please feel free to PM me or reply here.

I would think they'd play in QuickTime or in iTunes.

JJPotter must've seen one of my messages or posts and got back to me.  Apparently you can't unzip the files with WinRar, you have to use 7-zip for some reason.  Once I did that, it seems to have done the trick!
J

I hope JJPotter see the PM that i sent. I really want to watch these versions. And i know i can't ask for them here.
M

WinRar has had problems maintaining backward compatibility with older .rar files - it may be intentional to force users to upgrade (and pay again).

7Zip stays current, and hasn't had these kinds of problems (also, it's freeware).

This may not help if the actual video files themselves have gone bad/missing (I suspect a syscrash).
S

Hi there Where could I see the extended edition for Prisoner of Azkaban?   I'm very interested seeing it.
D

I never read or watched Harry Potter. I don’t understand why everyone likes him so much 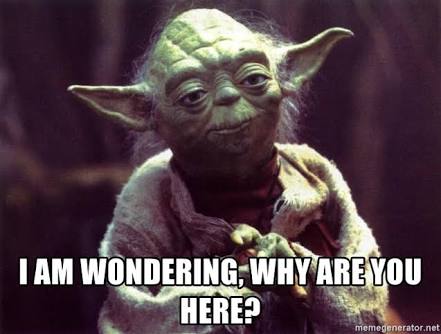 Then maybe read or watch one the the installations to the franchise? jeez...
H

The latest versions have been pulled and they are no longer available.

Any updates on future revisions?
H

JJPotter said:
The latest versions have been pulled and they are no longer available.
Click to expand...

Since what I had planned on being a v1.7 release was ruined by someone else, I have taken time away from the community for a while. Recently I found the spark to start editing again and have decided to work toward a v2.0 release at some point in the future. I don't know when that will be exactly, so don't get too overly excited or ask me for previous versions. I will make my edits available again once I have completed the edits that I want to make and have found a new way to release them.

As a teaser, I have completed new intros for my releases. In my playlist, I also include intros for Philosopher's Stone and Chamber of Secrets. Those will not be released publicly. While I made my own edits of those films, they are different enough from the officially released extended editions.