Adding back a few of the deleted scenes from the Blu-Ray (which are in marvelous condition considering the age) and fixing them up to match with the rest of the film.

- added Dana asking the boys why these terrible things always happen to her, with Egon trying to scientifically reason it
- added Dana saying its all her fault Pete and the guys are in court, with Peter saying he'll land on his feet, like a cat
- added Louis trying to catch Slimer with a spare proton pack and almost hitting Jen
- added alternate version of Ray, Egon and Winston asking Pete to join them in the sewer, this time its in his apartment and not the street
- added the Ghostbusters talking to the Mayor about what to do before they borrow the statue of liberty
- added an extended dialogue scene with the boys in Lady Liberty discussing the statue, falling out and traffic directions

Clip 1 shows the new Louis/Slimer scene, the scene has some unfinished effects which are excusible besides the one close-up of Slimer which was a blank slate in the released scene, so I've replaced it with the credits shot of him which looks to be originally intended for the shot, hence the circle frame being the tiny mirror that Louis wears. The text on the screen is very distracting and needs to be fixed somehow, so any help would be gladly appreciated if there is anyway to mask it out somehow.

Clip 2 has the extended scene of the boys and Dana on the street discussing the repeated supernatural events.

How many minutes are added? That may be important for title purposes.

jrWHAG42 said:
How many minutes are added? That may be important for title purposes.
Click to expand...

We are talking about Dugnutt here, who named his edit "For a Few Minutes More" when only one minute was added to the film.

I also like Unfinished Business, though. Or just Time is But a Window - unless you're planning on making that the tagline, Bobson.

jrWHAG42 said:
How many minutes are added? That may be important for title purposes.
Click to expand...

We are talking about Dugnutt here, who named his edit "For a Few Minutes More" when only one minute was added to the film.
Click to expand...

Yeah, that name was my idea, before I knew how many minutes were added. He used it anyway, but I still want to suggest a more fitting title this time.

jrWHAG42 said:
Yeah, that name was my idea
Click to expand...

So we were making the same joke lol. Of course it was you...

The new scenes add up to 7 minutes on the blu-ray, but that's subject to change as there are blank slugs everywhere within them that need trimming or cutting. The last 2 scenes are just one scene that was separated into thirds and edited independently. I did edit that back together according to the script almost a year ago, but it needs fixing and inserting into the film.


I do like "Unfinished Business" and "Time is But A Window" (hence why I sneakily added it in the post) but I'll see what's what.


I probably should of gone with the "Fistful of Time" title in retrospect, but hindsight is 2020 these days.

Bobson Dugnutt said:
hindsight is 2020 these days.
Click to expand... 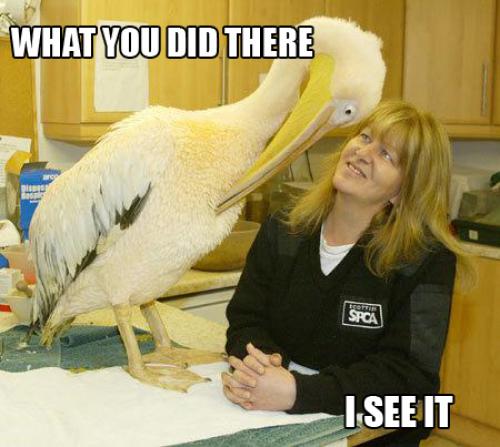 And I've got another clip...


Also I think I've decided against the scene with Jack and the Mayor outside the museum. It doesn't really work in this cut as there is some alternate scenes that don't have Jack being fired and the Mayor bringing the boys out of the nuthouse themselves as instead Louis' cousin (played by Eugene Levy) broke them out. But now since Jack isn't in Lenny's employ, he has no business outside the museum. Plus I don't think the musical cue works with the new scene.

This scene and it's colours were the hardest nut to crack as it was very redfaded. Took a lot of curve work to get the shots consistent with the rest of the movie, but heck these scenes are in good shape. Very clean with no damage or grain, could look perfect if i knew how film restoration worked.

(I mean, no fanedits ever are)

Managed to remove the credit text for Slimer pretty well and fixed up his colouring so that he isn't so yellow in the frame.


Only thing left now is the new courtroom scene audio, otherwise everything else is pretty done and dusted
J

Thank you man, a definitely very underrated movie and can't wait to see it complete. I'm such a sucker for seeing these guys together that this is just amazing, specially with the care you're putting in restoring those scenes as a coherent addition.
O

Amazing work on restoring the deleted scenes. Hard work on taking out the red color fade. I guess if you want to get it perfect you will need the negative print first and foremost

I've quietly updated the edit with a new v2. I've fixed the apparent issue about the left/right channels, and also used some new VFX done by Baxter Wigglesworth on Youtube, aka wesyeed on Reddit. He made his own Ecto Cooler cut that fixed this and also a minor error in the original film that you'd never notice.


If you still have the same link, the new version will be at the same URL
J