Friday the 13th: The Final Chapter, Remixed and Restored

The director never wanted the opening recap of the previous films to be tacked on to the opening of the movie(it's a cool atmospheric montage though!) which was made without his involvement. Knowing that, and the jarring edit from Nurse Morgan's death to Trish and her Mom jogging in the woods which always bothered me, yet I couldn't quite place why. I pondered “what if?” and moved the opening credits to after Nurse Morgan's death, and also omitted the recap at the beginning, so it jumps right into the opening of the movie.


The impact is impressive and makes a huge difference, where now the opening of the movie flows without any jarring cuts or anything. It feels natural/organic.


So imagine had it been edited in this way from release. You're in the theater. The lights go down. The Paramount logo comes onto the screen, then boom, opening tracking shot with the helicopter hovering above. Ominous dark atmosphere right from the get go. Then it follows the normal progression of the opening scene, and then BOOM, cue credits right as Nurse Morgan screams in terror and the movie title explodes onto the screen and the roaring musical score rips through the speakers telling you the roller coaster ride is about to begin. This is it.

Then, the movie settles into a quiet tranquil tone as we're introduced to the Jarvis's. And the audience is now prepared, awaiting for the horror to arrive, and it does in the vicious final half of the film. It literally rips you a apart since you're so invested in hanging out with the characters until their demises, and root for Trish and Tommy to defeat Jason, finally! The stakes are so high in this one and it pulls you through the ringer of sheer terror.


I also included all the deleted character scenes added back into the movie. I extended the death scenes ever so briefly to be slightly more explicit. And the alternate ending is included as well with audio recorded(it's not perfect dialogue acting, but it gets the job done) for the most complete Final Chapter experience!

A Not Rated rating bumper is added after the credits.

Here's a teaser poster I created earlier this year while working on it. 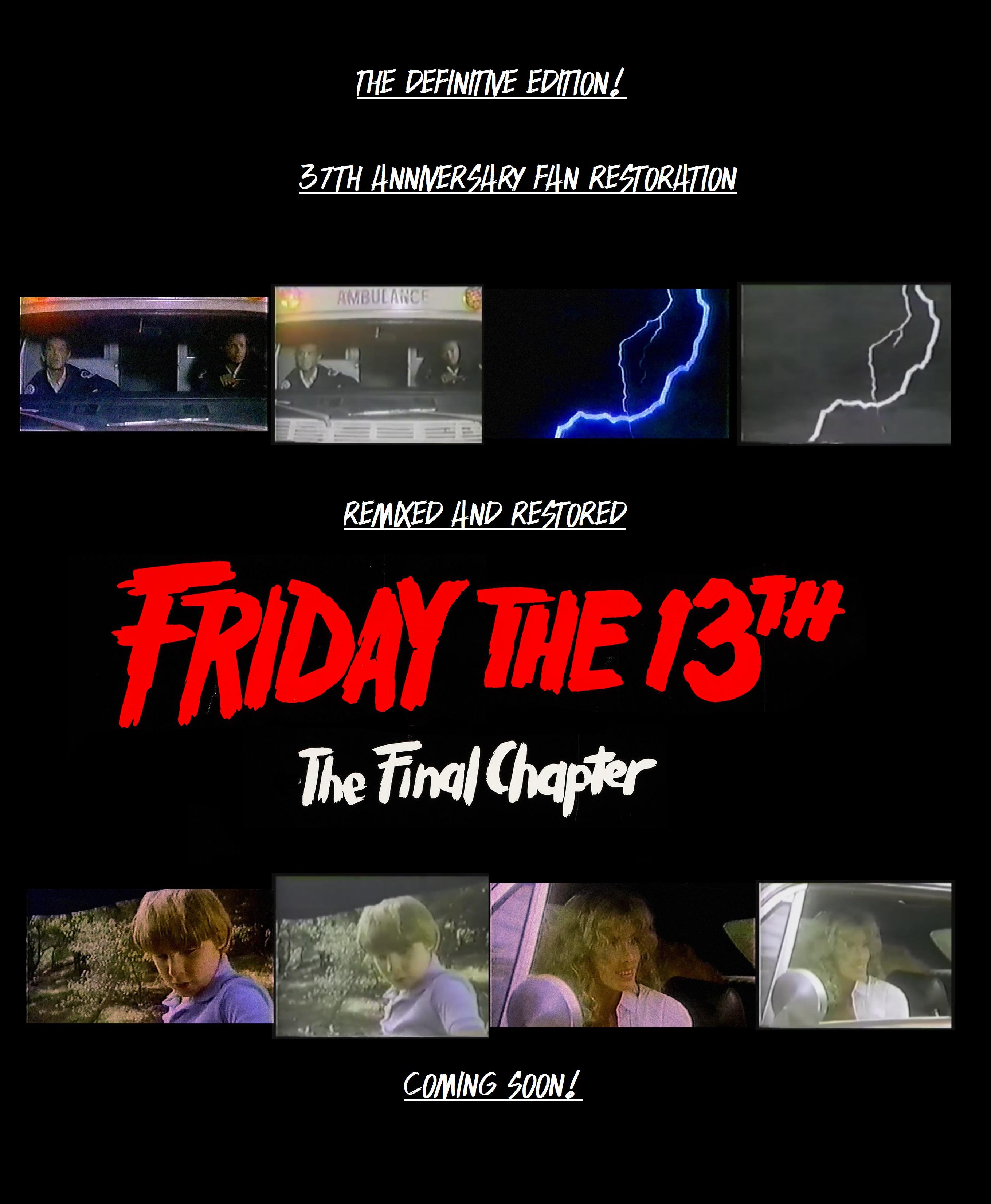