This is a remake of the edit from the ground up with a better HD quality source, new and extended scenes, different color timing, and a 5.1 surround track. This will be the definitive version of my Dune edit, so if you're curious about it, I'd wait for the newer version.

Some changes:
- Additional scenes: New/extended dream sequences for Paul, Yueh and Jessica in the palace, Paul is visited by the Reverend Mother, Paul rides the worm.
- 2:35:1 cropping is further refined, now moving within the same shot to keep the framing correct throughout.
- Further color correction and use of LUT's to make the cinematography more cinematic.
- Further soundtrack replacement/additions from Children of Dune.
- Extended runtime of 2 hours 49 minutes.

Thanks again to all who have helped put this thing together. This has always been a passion project for me. I've always loved the story and world of Dune, and a proper adaptation has never been done. Even with the new films, it being split into two pictures doesn't make it a true adaptation of the novel. This is as close as it's ever going to get.

A tremendous amount of time, effort, and headaches went into making this edit as great as it could possibly be. I firmly believe that it's as good as my skills will allow. I'm very proud of not just the editing itself, but the way it flows as a movie. My hope is that you can sit down and watch this edit and be so absorbed in it, you'll never think about the fact that you're watching a movie that, technically, doesn't exist.

It's not without it's quirks. It's important to remember that the quality of the source blu-ray transfer isn't particularly incredible to begin with. They also had the budget and VFX appropriate to a year 2000 TV miniseries. The costumes, sets, backdrops and even some of the lighting and acting are very theatrical. I look at this as a feature as opposed to a bug. The movie has a very specific vibe and feeling, one that you don't see often anymore. This is closer to a 60's big Hollywood epic than a modern film, and I like that about it. If you want to see a top notch, completely modern take on this, the new films exist. This is it's own thing, and it's better enjoyed if you keep that in mind.

Feedback is encouraged and welcome, and any issues found will be addressed.

Below information is for the original version of this edit:

Cutlist:
There's honestly way too many things to note them all, but here's the big stuff:
- Crop the footage to 2:35:1 and desaturate the over-bright colors to make it more "cinematic". The film was actually originally shot in 2:1 ratio, so the cropping actually works quite well. Still, ever shot had to be hand cropped.
- Brian Tyler's score from Children of Dune has been incorporated and blended in with Graeme Revell's original score. Both composers are credited.
- New opening credits sequence.
- Princess Irulan's subplot with Feyd is removed. It doesn't really add anything to the story, she's just finding out things we already know.
- Paul is less whiny, less childish. Because this footage is so condensed, I needed to make him a little stronger right off the bat, so we can believe he has grown into the leader he becomes.
- The first act of the movie has been chopped up the most, completely reordered with a large amount of scenes removed.
- The majority of the cutting I did was for pacing and truncating the plot. Though it's still a long film, this length to me feels like the perfect amount of time to tell this story without it feeling hacked to bits.
Last edited: Dec 6, 2021 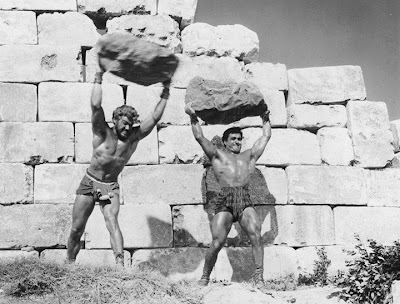