Here are my Prequal Star Wars Covers. (Which are a hybrid of the best covers I've collected)

As the re-edits of my Star Wars prequal films will be released shortly I thought it was only sensible with the new films having different titles that I should create new covers.

Also, my new re-edits will be my first NTSC release.

Below is the cover for my 1st re-edit, Star Wars Episode I - Child Of The Force.

any chance for a combo cover for your prequel edits (standard width amaray, triple case)? would be a very cool alternative

Your wish is my, etc etc.

Basically what I've done is take this picture below which has all six films in it & put the prequal half in one case & the original half on the other case. So if you put the two front covers together you'll get the story of all six films.

The back cover drawings are of Anakin/Obi-Wan & Luke/Obi-Wan, for the whole "circle is complete" thing.

The pictures for the front cover came from 3rdrealm.odyssey.com.au & the copyright is owned by the excellent artist Tony Bela.

The pictures for the back covers came from http://www.tommyleeedwards.com/ & the copyright is owned by another excellent artist Tommy Lee Edwards.

that is fantastic, thanks!!! ...only is it spelled "prequel"?

just one thing: these are obviously about the original movies, because fanedits are nowhere mentioned.

lol, it looks like the spelling fairy was here.

Thanks for the covers!

boon23 if you look at the small credits at the bottom of the back of "Prequal Trilogy" case you'll see it says "Edited by Father Merrin". But I must admit that was a fluke, I could of just as easily of used one of my "original star wars" dvd cases to make that case.

You're right in pointing out that "The Original Trilogy" case isn't a fan edit cover but as the two covers are a pair due to the artwork the only way I could put that point across is by having both covers in this thread.

I must admit I don't like to advertise the fact that my covers or films are fanedits. When I watch a fanedit movie I like to pretend that it's "The proper version" that should of been released. I suppose the best fanedits are the ones where you can't even tell it's a fanedit & for me the same goes for DVD Covers. The next covers I make I'll make it clear it's a fanedit, I mean I've just made a new fanedit warning logo so I might as well use it.

That's the great thing about templates, everyone is a winner.

Now I've finished EP I here's the new covers for my EP II.

I started this way back when it first was coming out. It was pretty much a flop, and after you see the episodes, you can kind of understand why. The show only aired on G4 and Canadas Super Channel. The show aired uncut and without logos on the Super Channel. The G4 episodes were edited for TV. Episode order was different for each channel. I was able to get almost all of the uncut episodes from a capper in Canada. I am missing one or two. (he had technical problems and couldnt cap anymore). I put the project on hold for a long time because there was a press release that an official DVD set would come out in the summer of 2009. Amazon even listed it. The release has been canceled, and it appears like this series will disappear forever (like a lot of people think it should ;D ).

So I guess I will attempt to finish this. Don&#39;t know if I will be able to find the rest of the uncut Canadian episodes. if anyone knows of a source for all of them, please let me know. I&#39;ll try to get a final episode order list posted soon with the uncut episodes I have/need.

DVD will be 2 discs with animated menus and a couple small bonus features (trailers, news releases) 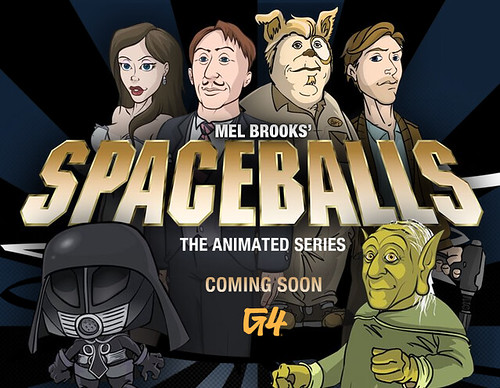 When did this show originally air? I didn't even know that they made a cartoon from it.

end of September - beginning of November, 2008

That would explain it. I thought it had aired back when the movie was popular, er, you know what I mean.
F

i have these on avi,13 episodes

thanks tonecapone. you're always a big help. To my knowledge, those are all the G4 versions (you should see a G4 logo somewhere on the video). These can still be found on teh internets. If you or anyone else is certain they have the uncut Canadian episodes, PLEASE contact me so we can get this project finished up.
You must log in or register to reply here.
Share:
Facebook Twitter Reddit Pinterest Tumblr WhatsApp Email Share Link
Top Bottom