Fantastic Beasts and Where to Find Them Extended Edition

I am nearing completion of my extended edition of Fantastic Beasts and Where to Find Them. I have some final tweaks that I need to make and to upload some samples to my Vimeo channel. It should be ready for release sometime later this month.

Based on the quality of your Harry Potter extended editions, I look forward to seeing it! Do you have an estimated runtime difference between the theatrical and your edition?

great news! are you going to include every deleted scene?

All deleted scenes that were on the blu-ray version have been added back in.

Sample clips from Fantastic Beasts and Where to Find Them Extended Edition are now posted on my Vimeo channel.

fantastic beasts and where to extend them

I am pleased to announce the release of my 7th Wizarding World extended edition, Fantastic Beasts and Where to Find Them Extended Edition. Eight minutes of deleted scenes have been added back into the film.

If you are interested in this film, send me a PM.

A FB EE cover I made for myself: 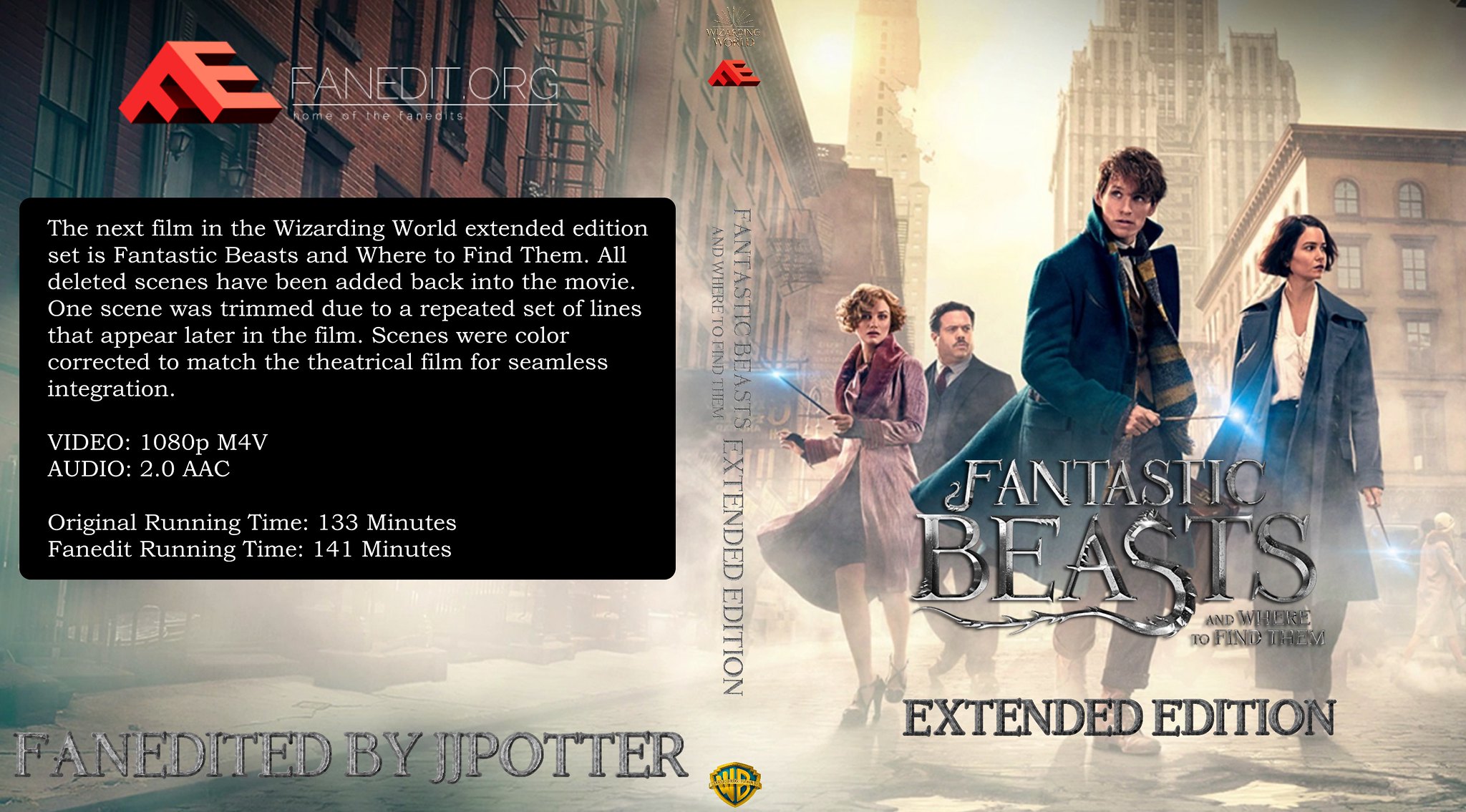 With the release of an official extended cut of crimes of grindelwald, are you still going to do your own?

I'm not sure yet. There are only a couple of scenes that they didn't include in the official extended version. I'm thinking those scenes might be interesting to try to pull into the first movie, but I haven't decided yet. I'll take a closer look once I get my disc version
You must log in or register to reply here.
Share:
Facebook Twitter Reddit Pinterest Tumblr WhatsApp Email Share Link
Top Bottom