You'll notice the above video ^^ I posted has disappeared. Apparently...

Doctor Who wipes social media channels ahead of series 13 launch

An odd marketing ploy that ties into the story?

Must have been a technical issue. The video is back now.

asterixsmeagol said:
Must have been a technical issue. The video is back now.
Click to expand...

They put out a tweet to the effect of "CAN YOU HEAR ME?" right before they took everything down - it was definitely some sort of marketing gimmick for the new series.
H

Evidently someone thought Facebook disappearing for a day was good publicity.

It was an all out media campaign. The Doctor kept interrupting BBC programming on Saturday (and maybe earlier) trying to give a message but kept getting cut off. Finally, she was able to give the full message saying The Flux are coming and bringing back some of their deadliest enemies, including Sontarans and Weeping Angels. The social media wipe was signifying interference from the invading Sontaran ship which was seen via a VR stunt.

They even got Tom Baker to record a message that if you called a certain number, he would warn of upcoming danger and ask for your help. I heard the recording on Twitter it was pretty neat.

Official Interviews with the cast and crew 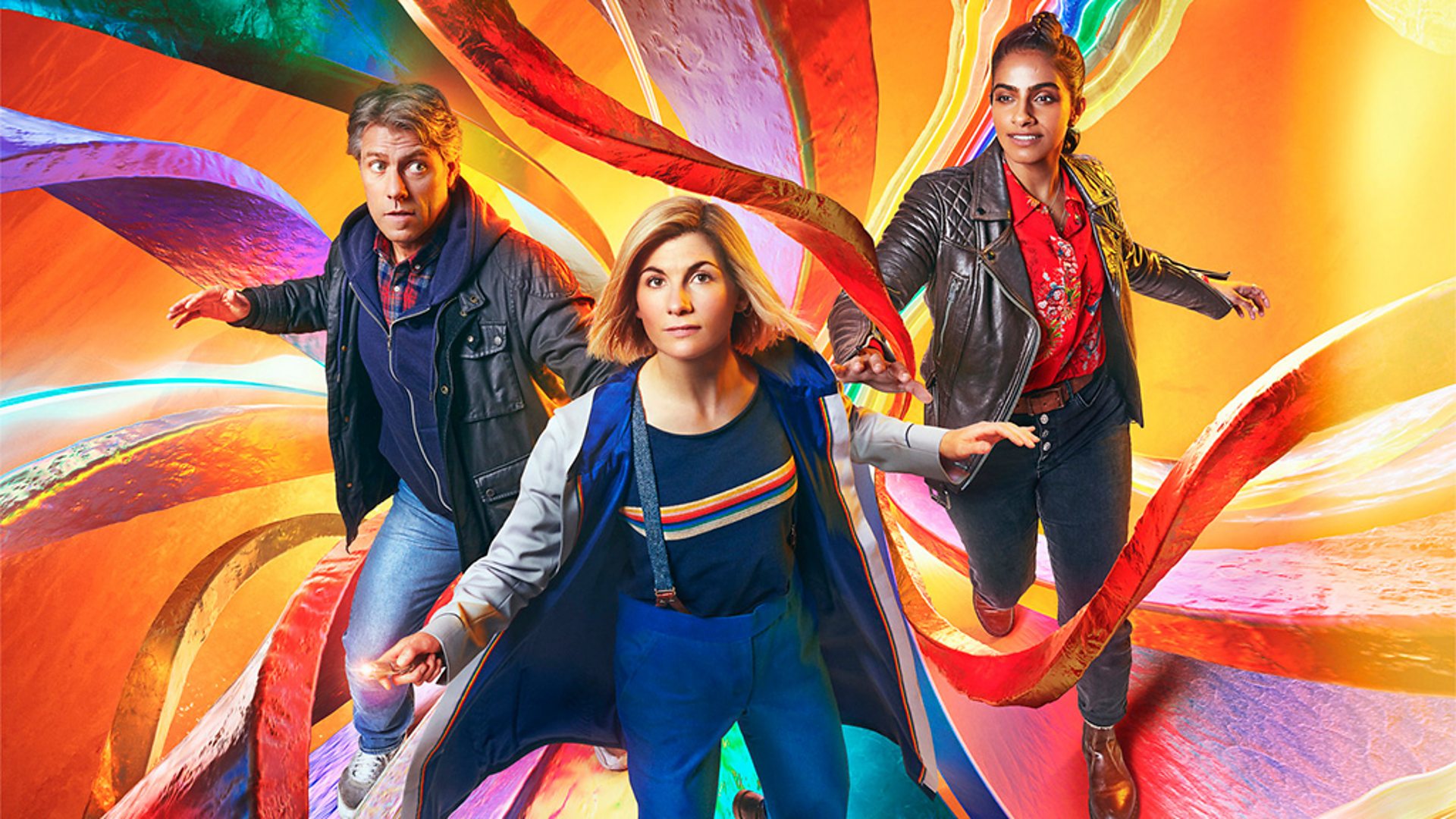 Jodie Whittaker, Mandip Gill, John Bishop and Jacob Anderson star in an epic six-part adventure that takes the Doctor and her friends to the edge of the universe and beyond, in a battle for survival.
www.bbc.co.uk

According to Chibs, the Ravagers are from another dimension and have history with The Doctor, but he doesn't want to give away anything more than that
H

The Doctor Who Poops Shorts are getting me through this era.

I've had a busy week so I wasn't able to watch the season premiere until last night. I'm not sure how I feel about the 6-episode story arc idea, but other than some poor special effects in the opening scene, I did enjoy the episode. It's hard to say much more about it since this was really just the opening act of the season.

Another really good episode from Chibs. This is shaping up to be the best thing he's done for Who since the second series of Torchwood.

The Sontarans weren't retreating back in Liverpool, so that justified Karvinista and Dan taking action. The General in the meantime pulled a Harriet Jones.

I liked that there wasn't much wokery with the guest historical character and it's her jotting down observational notes that helps save the day. I liked that the comic relief Sontaran wound up being murdered, as well as some of the human resistance in Liverpool. The big gripe I had though was there was so little of Liverpool resisting the Sontarans (can't be helped though...covid), Dan had plot armour on the whole time, his parents conveniently turn up, hand him the Wok, and then are never seen or mentioned again.

The fact is the story had a riveting and very pacy string of a, b, and c plots that, while they didn't weave together very tightly, it all had me curious as to what the grander scheme is. Swarm is a deliciously vile villain who has all the answers yet changes every question, and he got to put his hands on Yaz, something all of us have secretly harboured.

And until the show says otherwise, that was definitely Lungbarrow at the start.

Well, Flux ended last week but I just got to watch the last episode today. I was really enjoying the season so far, much more than I have since Matt Smith left, but in the end I didn't think they wrapped up the 6-episode arc well and it kind of diminishes the first five episodes in retrospect. This is the issue with season-long arcs. Add to that that 6 episodes used to be the length of a single serial within a season and it's even more disappointing.

At least we only have to wait a couple of weeks for the New Year's Day special.

Its true a lot of stories used to be 6 parters but they were also only 25 minutes (or often less) long, so I feel not quite the same. Most of the Flux episodes were an hour long, so this was more equivalent to Trial of a Time Lord or The Dalek's Master Plan than anything else. I also felt very unaffected and even disappointed in the finale, but there were a few real good episodes this season that were definitely worth the ride. I think it was a success and wouldn't mind more of it in the future, though I'm sure RTD will opt for his more standalone approach he took previously.

Hymie said:
though I'm sure RTD will opt for his more standalone approach he took previously.
Click to expand...

Please gods let that be true. I can't keep track of the convoluted nonsense any more, my head hurts .


...was the best "episode" of Doctor Who this series.

I had a conversation with a coworker who watches but is really far behind and stuck trying to get through Capaldi's last season. I realized I'm still really salty about Danny Pink, and who was Orson?
H

Capaldi's last season saved his Doctor. Though Series 9 is full of gems too. Who is Danny? S8 didn't happen.

Handman said:
Capaldi's last season saved his Doctor. Though Series 9 is full of gems too. Who is Danny?
Click to expand...

Dang Moffatt, valued twists over payoff. Long live RTD! He will rise again, with a glowy skull this time.

addiesin said:
I'm still really salty about Danny Pink, and who was Orson?
Click to expand...

I honestly just had to Google this because I had completely forgotten about that storyline.
H

I can tell you exactly which episodes of the Capaldi era are worth watching.

That's it! The others have great moments, but this show has been a mess for a very long time.

Face The Raven is amazing, and Hell Bent I feel gets a bad wrap, I've enjoyed it more than a lot of finales since then. Series nine really was the last time Doctor Who looked like it had a sodding budget too.